Left Russia founder of the social network “Vkontakte” Pavel Durov said in an interview with the Financial Times about Telegram messenger and his relationship to Edward Snowden. The businessman reported that the number of active users Telegram is 62 million people. In addition, the number of sent messages per day has grown from 2 to almost 5 billion. 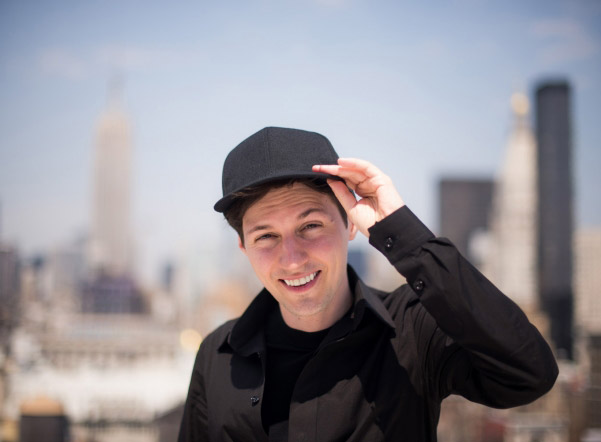 Founder of “Vkontakte” Pavel Durov, who left Russia in the spring of 2014, said he believes a former employee of the national security Agency USA Edward Snowden his personal hero.

“He is my personal hero. We are the same age, and I regard his struggles with the national security Agency as a war of generations. This is the new versus the old,” said he. “Any government that likes to call itself democratic, should be welcomed by Snowden and allow him to live in the country,” he added.

Durov said that they had never met with Snowden — only in the format of video conferencing and publicly offered him a job in his draft Telegram, but he refused.

In conversation with journalist Pavel Durov said that he left Russia because of police harassment, which was secretly organized by the Kremlin after the failure of the wandering millionaire close page oppositionists. “He became the target of police harassment and, in fact, was forced to sell Vkontakte close to the Kremlin investors”, – the newspaper writes.

Speaking of Telegram, Durov said that the team working on this messenger that does not stay in one place for more than three months. This is good for security, he explained. Last year a team of four people worked in San Francisco, new York, London, Paris and Berlin. According to Durov, the moment they are preparing to move to Finland. Freely move around the world the founder of “Vkontakte” passport helps small island nation of St. Kitts and Nevis, which he received in 2014 for the investment of $250,000 in one of the enterprises of the country.

“Since the day we launched Telegram, this happened 18 months ago, we have not uncovered a single byte of user data to third parties, including state officials,” he said. According to his confession, Telegram do not bring any money. The costs of equipment, personnel and transportation costs cost of approximately $1 million per month. While the film is not going to open their project to investors.

Pavel Durov believes that Russians and Ukrainians are the closest people in the relationship. Perhaps because his mother is Ukrainian, and her father is Russian. The brief story about Paul and his grandfather who fell under Stalin’s repressions and was sent to the GULAG.

Durov left Russia in April 2014. At the same time he published “Seven reasons not to return”, calling the statement a farewell text.