EBay is known primarily for what they can buy and sell anything. This is one of the simplest and most effective ways to gain money for unnecessary things that is popular abroad. 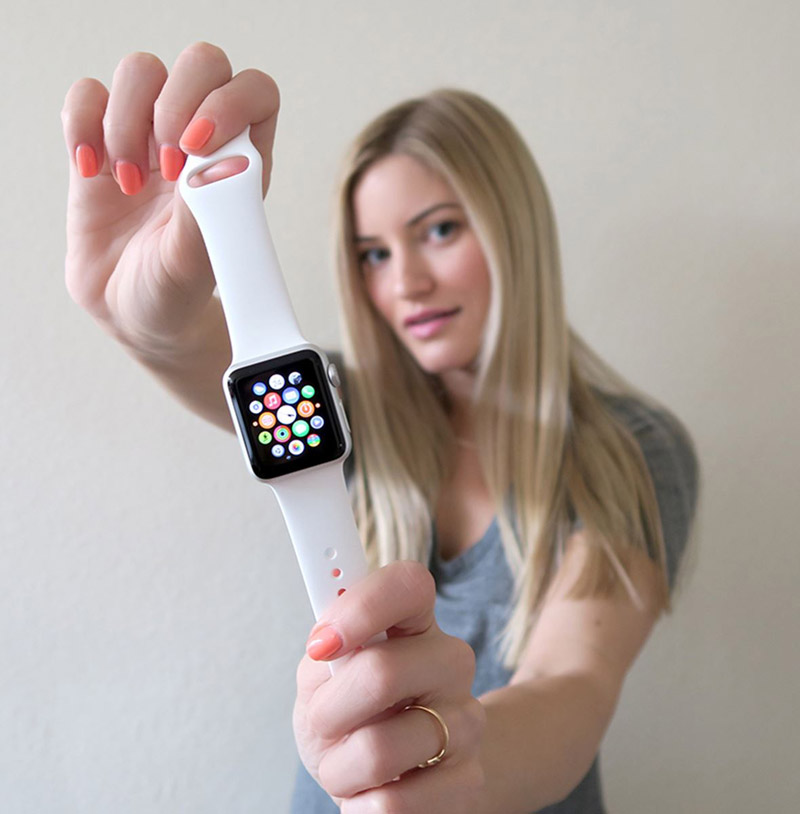 On eBay, as it turns out, not only sell Apple equipment, new or used, but the box for “Apple” gadgets. With the rise in selling the Apple Watch at the auction are put containers for smart watches. And the cost in some cases exceeds the price of electronic bracelets from other manufacturers.

Thus, an Internet user under the nickname bkneenut put up for sale the packaging from 38-mm version of the Apple Watch. Bets made for six people, the latest bidder is willing to pay 26 dollars. The holder of the lot will give the product without bargaining for $ 60.

Another eBay user under the nickname igloves2010 auctioned packaging from the watch, Apple Watch Sport. It came out slightly cheaper. The owner of sports model hopes to gain for the accessory is not less 4,99 pounds (about $ 8). 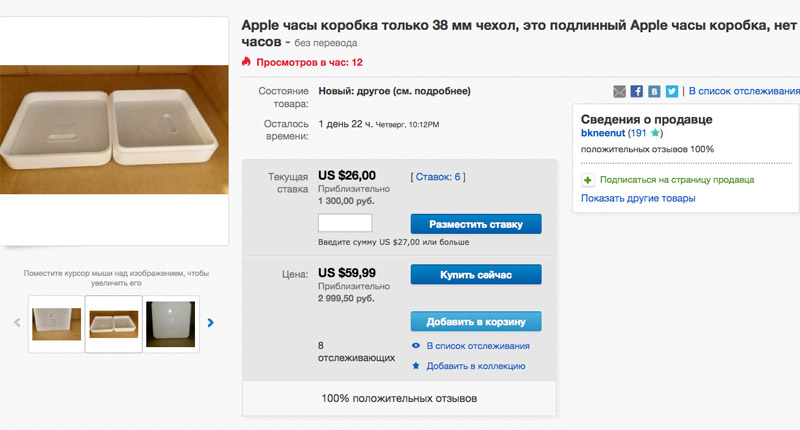 Interesting not so much the fact of appearance of such lots on eBay, but the buyers are. What purpose might need a container of Apple Watch Edition else can you explain: box of expensive modifications, in essence, is the charging dock. But here’s the packaging for all models of the Apple Watch and Apple Watch Sport? Boxes Edition versions, by the way, the auction still were not observed. 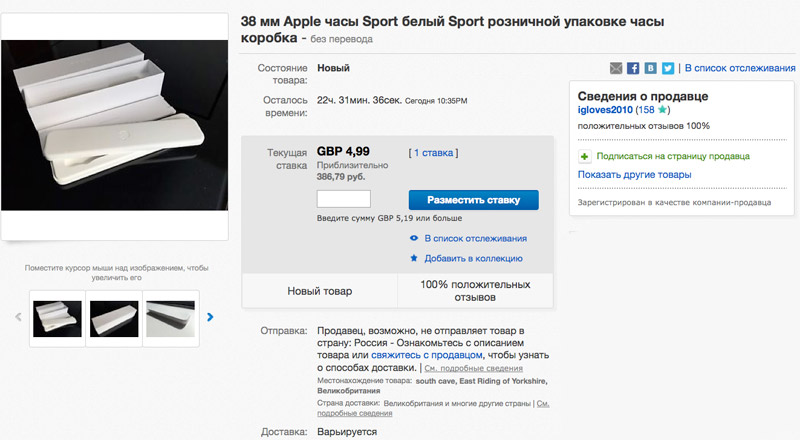 According to estimates of analysts Slice Intelligence, the number of sold Apple Watch is now approximately 2.5 million units. Demand for the device is now fixed at around an average of about 30 000 daily. While maintaining this level of sales annual shipments of smart hours Apple will exceed 10 million

Someone from the Russian politicians prefer “unpatriotic” Apple products

The Minister Nikolai Nikiforov has surprised guests of the SPIEF, showing a personal smartphone running OS Sailfish rare. Edition Life to find out who from the Russian politicians and officials prefer Apple products. At the final press-conference with Vladimir Putin at the economic forum in Saint-Petersburg journalists were surprised by the Prime Minister of Italy […]

According to rumors, Apple will launch series about houses and designers

Soon Apple will launch a documentary series called Home. It will be dedicated to unique houses and also the people who built them. This was announced by the publication Variety. The series tells the story of the creation of the most extravagant and expensive buildings created by the best designers. The Corporation has ordered 10 […]

For the first half of 2015, Apple has sold 135 million iPhone and introduced the smart watch Apple Watch, which is slightly sets off the upcoming premiere of the new smartphones. However, in the fall the company has planned a number of important for its future Prime Minister. The iPhone 6c, the company intends to […]