The global objective of Microsoft is distributing Windows operating system to at least 10 billion devices in the next two to three years, but, according to the latest statistics, such plans may not be destined to become a reality. The company makes only the first steps in this direction. They are a free upgrade to the new OS Windows 7 and 8.1 and the gradual withdrawal from circulation of old systems, such as Windows XP and Vista. 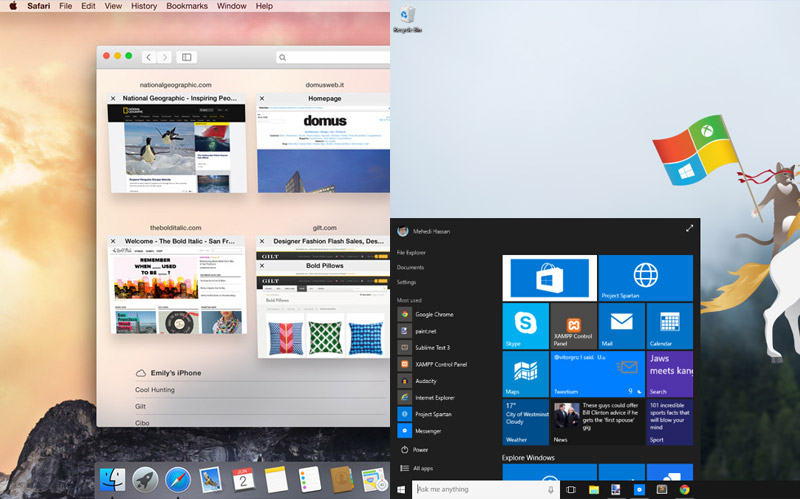 Fresh StatCounter statistics showed that the most popular Windows 10 is in Scandinavia, in the US the platform is not too successful. Data for August show that Windows 10 has a market share of OS in of 5.72%. For comparison, the share of OS X is 17,82%. Operating system Apple comes in second place in popularity after Windows 7, which share is 46,03%. Analysts explain a high proportion of OS X, the loyalty of Americans to California corporations and high solvency of the population, actively acquiring Mac.

In Russia Windows 10 has been ahead in popularity OS X. Data were obtained in the study LiveInternet hardware of Russian Internet users. According to statistics for August 5, at the Windows 10 in Russia worked 789 000 machines, at the time, as for Apple – 724 000.

READ  Experts: win the trump in American elections will lead to the disappearance of the iPhone 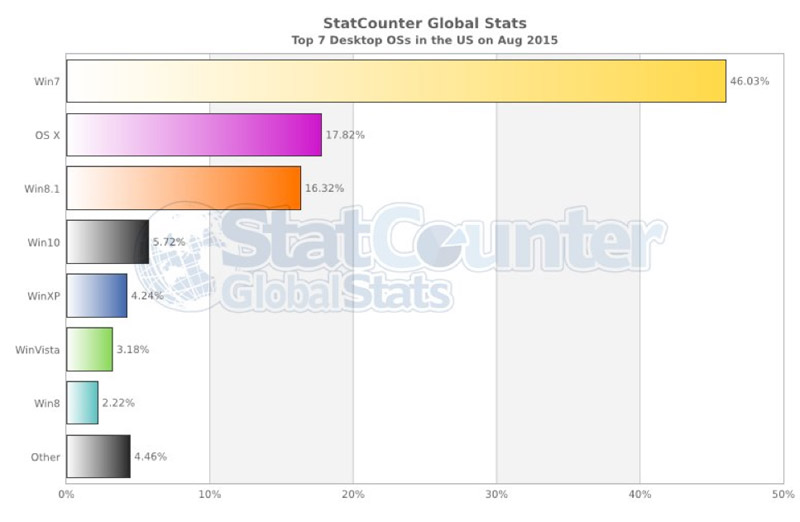 In Russia meanwhile, officials ganged up on a new software product. On Friday the Vice-speaker of the state Duma Nikolay Levichev has written to Prime Minister Dmitry Medvedev the letter in which has asked to ban the use of Windows 10 in the state authorities. He expressed concern about the privacy statement “Windows”, which is proposed to upgrade for free. It States that Microsoft will record and store users ‘ personal data (passwords, data, security-related, files, and the transmitted information, etc.). Except that Microsoft may this personal data and information freely to be stored and processed in USA or any other country.

The MP believes that Windows 10 should be banned in Russia as “state bodies, public companies, state scientific and research structures”.

Two weeks ago the Deputy from the Communist party Vadim Soloviev sent a request to Prosecutor General Yury Chaika with a request to test Windows 10 on the subject of “espionage”.

How much memory your Mac? 256 GB? 512 GB? Kingston has unveiled the world’s largest USB flash drive that is designed to completely solve the problem of shortage of space. Model Kingston DataTraveler Ultimate GT is available in two variants — 1 and 2 TB. The manufacturer calls them, most capacious USB flash drives in […]