Puzzle game about numbers and maths Studio from Creatiu Lab in the App Store temporarily became free. The project, called the Mesh can claim to be one of the best numeric puzzles of modernity, and to some extent even pity that it was released last year after Apple Design Awards. 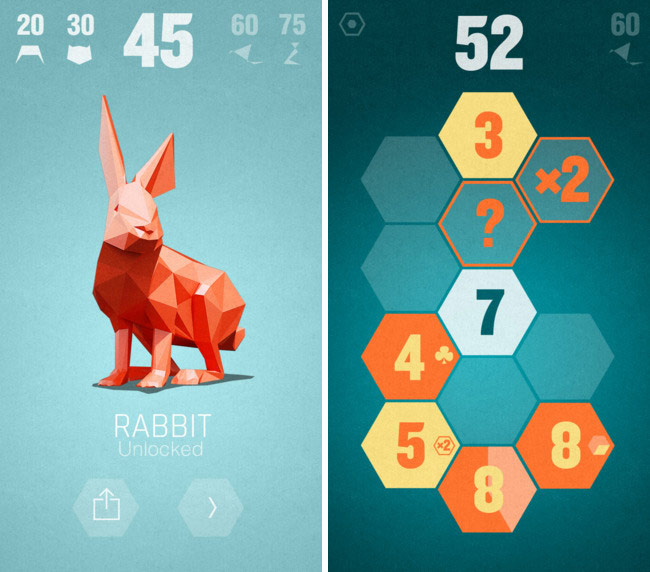 Screenshots can deceive the simplicity of the interface and a set of hexagonal fields. Actually all is not so simple as it seems, and the passage is not only interesting but unusual. Game of those that make the smart move and sometimes even baffled by the complexity of the first levels.

Starts The Mesh with multiple levels, representing training and tips on passing. There is a gamer turns out to be a small field, consisting of cells, some of which will be placed various figures. Over a field of the specified number, which after some mathematical manipulations have to get in the end. The numbers located on the field, you can move from cell to cell and force them to interact. And here is where the problems start.

Depending on the color of cells, numbers can be added or subtracted, multiplied, or divided. This color you can change at their discretion, before the beginning of movement of digits to make a correct mathematical example. It’s pretty simple and obvious when only two digits. But in the following levels there may be two, three, five, or more. So, the player will also understand the correct sequence of actions and numbers in the example. Each of them can meet several different mathematical operations and different sequences of numbers, of course, will change the result. 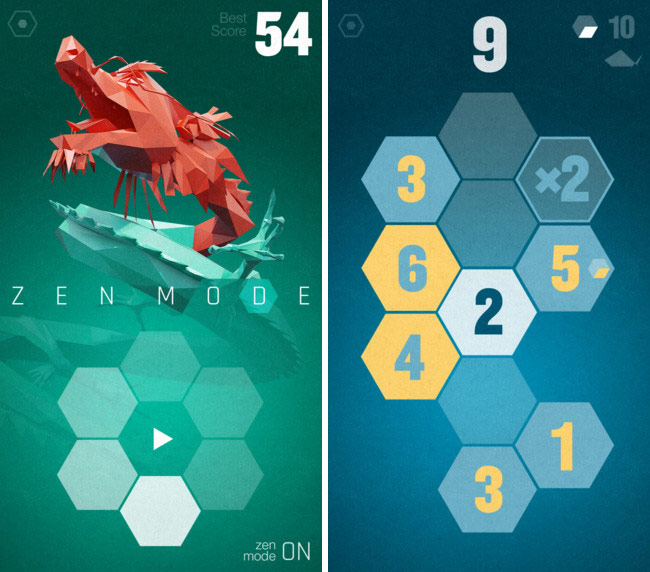 The game is designed very beautifully with the use of smooth animation and different effects, which can significantly brighten up a strict interface, consisting essentially of nothing but digits. The whole gameplay is accompanied with five different and fairly long musical compositions, which not only do not interfere with and not get bored, but also create the right gaming mood, and even seems to help the thoughts in my head more moving.

Download The Mesh on the iPhone and iPad operating system is iOS 8.0.

Clowns and provocation of Apple in the teaser for the next flagship Huawei Mate 10. Facebook Chinese vendor released a video — it is clearly iPhone X and new facial recognition system Face ID (or rather, what it sees in the headquarters of rivals). “Failure. Try again.” A few seconds, the smartphone is trying to […]

Received an update Telegram with the possibility of masking and. GIF images

In the messenger Telegram Pavel Durov introduced a new feature masking stickers and text on pictures. This is stated in the official company blog. The developers have also added in-app create GIF from video. The user can choose a mask from the list when uploading photos. Telegram will automatically detect the face area that you […]

Apple confirmed that some users of iPhone 6s and iPhone 6s Plus are faced with a program error that is associated with the proper display of battery devices. This information was published on the website of technical support the company. According to the document, the failure affects users who manually changed the time zone on […]