At 23:59 June 30 to UTC time (3 a.m. July 1, MSK) all computer clock in the world will take one extra second — the so-called second coordinate, which is added every three to four years due to the fact that the mean solar time flows a little faster and earthlings behind by 0.2-0.3 C per year. 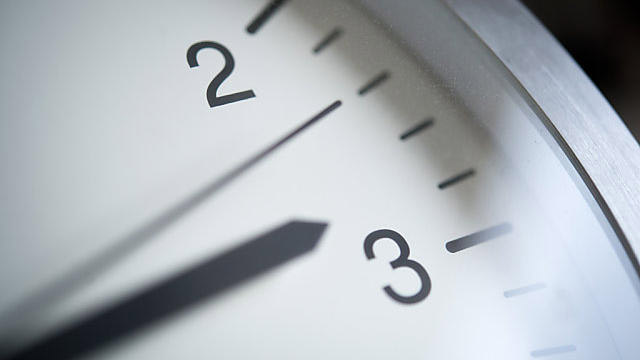 First second coordination was considered in 1972, and the last time in 2012. Three years ago, the introduction of a second coordination has led to a massive server failures, Delfi recalls. This primarily affected systems configured for time synchronization via NTP. The problems touched upon many major resources, including LinkedIn, and Reddit, and in Australia it was necessary to detain hundreds of flights.

Since then, many companies have begun to prepare in advance for the consideration of a second coordinate, for example, Google has developed technology that today, June 30, during the day adds to all hours on the company’s servers fractions of a second so that at midnight it was not necessary to add a second immediately.

However, many organizations, especially financial, still afraid of possible problems. For example, the international network of exchanges and clearing houses for financial and commodity markets in the U.S., Canada and Europe IntercontinentalExchange announced that it would delay the opening of markets. CME Group also will stop trading at the time of the addition of a second synchronization.

Autonomous devices – clocks, calendars – ignore “second coordinate”, as the decision on its introduction is taken irregularly and program it in advance is impossible. But devices having external synchronization, depending on the Protocol used, get information on the upcoming second correction, or that correction has already occurred. Insert extra second can cause an accident such electronic devices of the system, perform operations with accuracy to tenths of a second. Including therefore in 2009 the international astronomical Union proposed to abandon the second correction – the movement of the earth slows down and the correction will have to spend increasingly. Instead, it was suggested every 6 000 years to add to the world time one hour. So far, however, this decision was never adopted.

In any case, ordinary users do not need to worry, especially because adding an extra second will be in the middle of the night. However, if someone for some reason wants to use at three in the morning the Internet Bank or ATM, probably a good idea to wait for a moment.

Apple explained why iMessage will not appear on Android

On the eve of the WWDC presentation, the Network has spread the rumor about Apple’s plans to introduce a version of its proprietary messenger iMessage to Android. Allegedly, Apple understands that the share of Android in the mobile OS market will continue to grow, therefore, transferred their services to this platform. But the rumors remained […]

The release of the Infuse video player 5: synchronization via iCloud, a function of “picture in picture”, support Split View

The company FireCore announces Infuse 5, a major update of the popular multimedia processor for Apple devices. The software has friendly interface and wide set of compatible formats, has received many new features including iCloud-sync data, the function “Next” modes support Split View and “picture in picture” on the iPad, streaming data. User-friendly design, full-screen […]