Ahead of the release of iOS 10, Apple launched the App store for iMessage. This is a separate catalogue with new stickers, add-ons and apps, first announced at WWDC 2016.

With iMessage, iOS users are permanent and iOS 10 opens up new ways to share emotions with friends and family with animated and personalized features. The new OS function apps from the App Store you can add a Message. Hundreds of developers have proposed new ways of communication, including to select, and add stickers to the conversation, quickly edit the gifs or photos, translate messages, send payments, to invite to dinner or a movie — and all this directly in Messages. 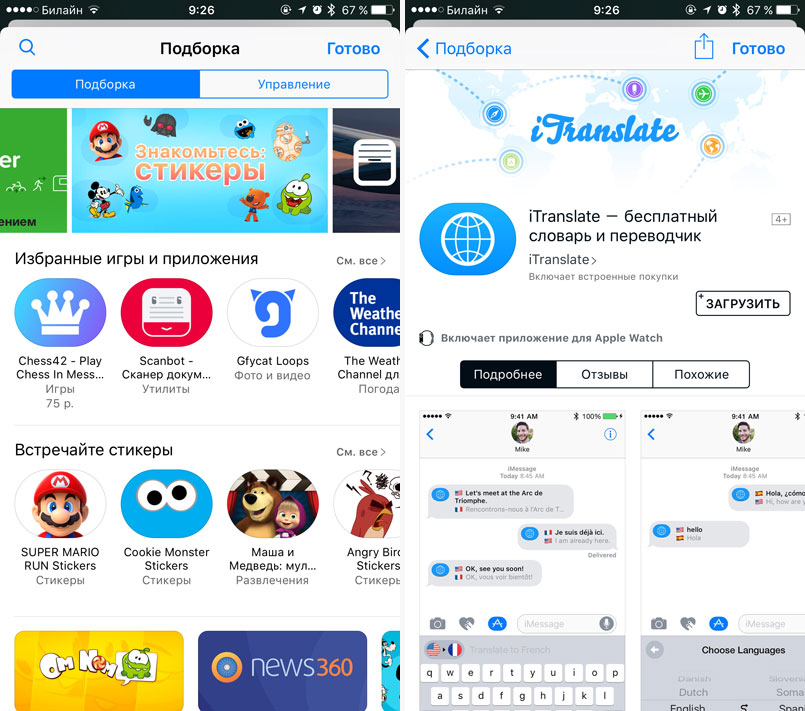 In order to open iMessage the App Store, is enough to call the keyboard in the messenger, click the arrow next to the input field, then the button with the letter “A”. In the Russian App Store has dozens of different extensions, including Scanbot to scan documents, Catterbird with voice filters to add FaceMoji stickers, and other.

Also available two dozen stickers. Apple recommends that users download the image on the subject of Super Mario, multiserial Masha and the Bear, Saga about angry birds, edition Rain, Star wars and others. A third of the proposed collection of stickers is free, the cost of the other is 75 or 149 rubles. 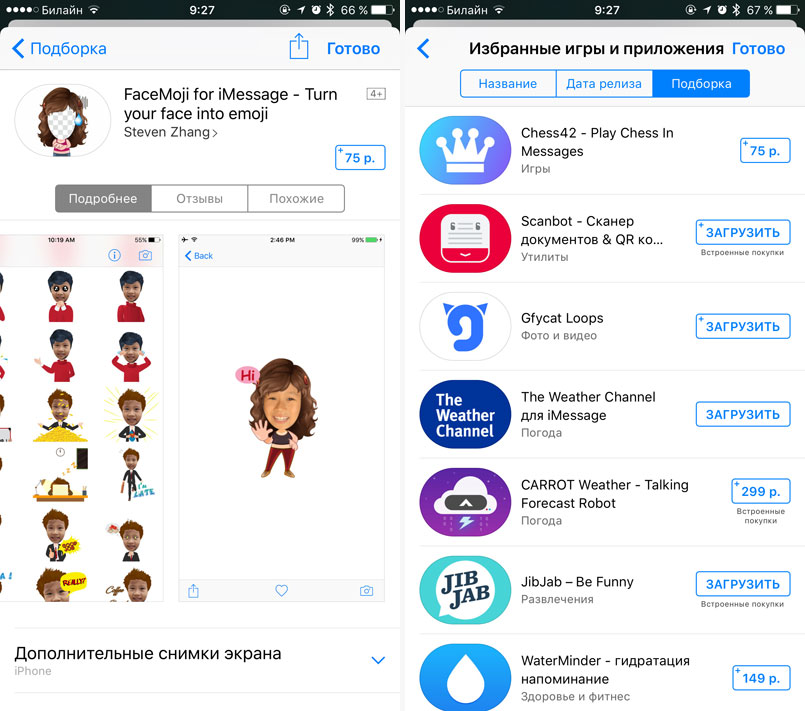 Note that Messages in iOS 10 also supports animated symbols, such as balloons, confetti, and fireworks, which can be displayed on the entire screen to set a festive mood, invisible inks — text message the recipient will see only when you hold your finger on it — as well as handwritten notes for added personalization. Automatic hints will help you easily change the text on the symbols, emojis, Tapback — easy and fast way to answer in one touch, and support for media content in the links will allow you to browse and play the content without leaving the conversation.

IOS 10 is scheduled for the evening of 13 September, the update will be available at 20.00 Moscow time.

5 most popular ways to “divorce” in the service centers

In the “fat years” the failure of the smartphone is often considered as a long-awaited excuse to buy a new one. Now times not those and many prefer to repair the old machine. Alas, not always the outstanding service extends phone life: sometimes it “dies” completely, and the owner is still deprived of large sums […]

China overtook the United States in the number of sold iPhone

The number of sales of iPhone in China exceeded $ 131 million. Quartz reported, citing a report by the Chinese information center (China Internet Network Information Center), a branch of the Ministry of industry and information technology. For comparison, in the U.S. users of Apple’s smartphone a little more than 100 million Thus, China became […]

Apple is testing a second app for devices on the Android operating system, reports Betabound. According to the newspaper, his staff received an official invitation to test the customer service of Apple Music. Its own music streaming service Apple introduced at WWDC in early June. Apple Music includes unlimited access to its music catalog for […]