Polish Studio Jujubee introduced the game Kursk, devoted to the death of the eponymous Russian submarine. The project will be released on Mac, Windows, PlayStation 4 and Xbox One. So far, the Studio is mainly engaged in games for mobile platforms.

CEO Michal Stepien said that the Kursk will be oriented towards adult audiences seeking something unique and spectacular. The game will combine elements of adventure and survival simulator, and to observe the tragic events of users will be from the first person. The developers promise addictive gameplay, and an exciting storyline. Release date has not been announced yet, but below you can look at the debut trailer.

Simulator survival on a submarine “Kursk” has caused a mixed reaction from gamers. In comments to the video the number of users has condemned the authors for choosing the tragedy as material for the game.

“Yes, a tragedy, Yes it will help to attract attention, is it enough to create a game?” — asks one commenter. 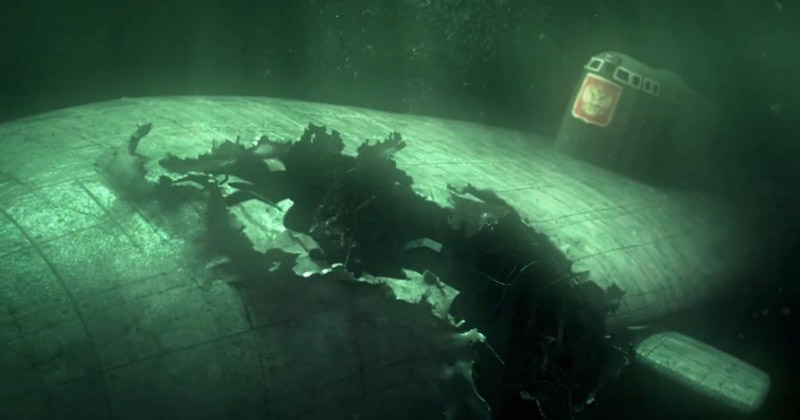 A similar opinion is voiced users and other resources, where was posted the announcement. “It is impossible for this game to do. On 11 September the game did,” talk in the comments on the portal RiotPixels.

“They had no reason to use the name “Kursk” tragedy on the submarine — not the plot, which is often used in games. The only reason to give a reference to this tragedy — the desire to prelaminates,” said the visitor portal PCGamer.

Nuclear submarine K-141 “Kursk” sank during a training exercise in the Barents sea on 12 August 2000. All 118 crew members aboard were killed. According to the official version, the reason for the tragedy was the explosion of a torpedo in the torpedo unit No. 4, a leakage of the fuel components torpedoes.

GSC, the Ukrainian Studio that gave the world S. T. A. L. K. E. R., has announced the continuation of the cult game, which is scheduled for 2021. There were various rumors that in 2012 the Studio will cease to exist, but it turned out that the team STALKER only stopped working on the game, […]

Apple in droves to remove App store apps, created by developers from Iran. About it reports the edition Techrasa, according to which from the store is gone app Digikala is Iran’s largest Internet retailer. Apple to open App Store for users from Iran in September last year, as the weakening American sanctions against the country. […]

Microsoft began preparing to migrate users from Mac to her own devices. The company wants to make the process easier: move user data from Apple computer on Surface is possible without any extra effort. In Redmond decided to simplify user transition from macOS to Windows, releasing a new tool “Mac to Surface Assistant”. The tool […]