By the beginning of October 2015 the share of Nokia devices accounted for 12% of smart phones, registered in MTS network, said a company spokesman Dmitry Solodovnikov. During the year penetration decreased by 2%, he said. However, the number of smartphones used by subscribers of MTS, Nokia takes the third place after the iPhone. 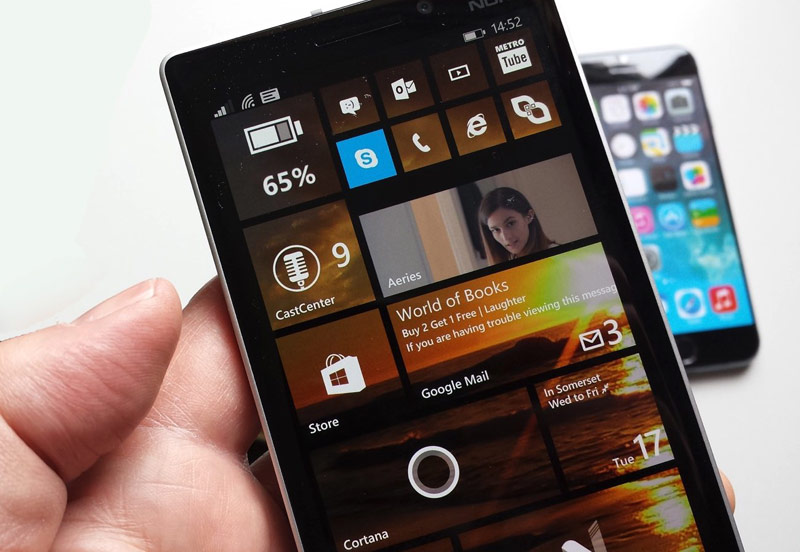 In first place is Samsung, which share, unchanged year-on-year, accounting for 26%, on 2-m – Apple (16%, -2% compared with the third quarter of 2014). For the year position in the top three vendors, vehicles which are registered in MTS network, have not changed, says Solodovnikov. The popularity of Nokia in the company explain the commitment to the brand in Russia and the conservatism of users.

The proportion of smartphone manufacturers that are registered in networks of “MegaFon” and “Beeline”, the operators did not disclose. According to their representatives Doroninoy Yulia and Anna Aybasheva, Samsung, Apple and Nokia are also 1st, 2nd and 3rd places according to the number registered in the networks of smartphones. Manufacturers were in the top three throughout 2015, but in December 2014, the share of Samsung decreased by 0.9%, Apple 1%, Nokia – by 1.9%. A number of other models And brands in retail, “MegaFon” is also reduced, and B-brands are growing.

In networks of Tele2 and Nokia is is the number of registered smart phones 2-place (14,9%), said its representative Konstantin Prokshin. Apple from 6.8% to 3rd place.

Among the world leaders in sales of Nokia smartphones is not listed for three years. Of the top five smartphone makers by shipments in the world market according to IDC she disappeared in the third quarter of 2012, in 2013, Gartner took her less than 1% of the global smartphone market. But, as follows from the materials of MTS retail network in 2014 and the first three quarters of 2015, Nokia held depending on the quarter of 8 to 11% of the Russian smartphone market in pieces. In October 2015, its share fell to 4%, but in prior months it was more than 9%, says a leading analyst Mobile Research Group Eldar Murtazin.

In 2013, Nokia was in 2nd place in sales in Russia in units with a market share of about 13%, in 2014 – 4-e (about 10% of the market), said the representative Svyaznoy Maria Zaikina. For the first nine months of 2015 Windows Phone, sales of which provides mostly Microsoft, shares the 2nd place with iOS in terms of market share in Russia in pieces, she adds.

The popularity of these smartphones, it explains the power of the Microsoft and Nokia brands. Also until recently the market share of the brand in the pieces was very supportive of the dominance in the model range of devices of the budget and middle price segments, said Zaikina.

Apple on Thursday released a list of new members of the music Apple Music festival, which will take place at London’s Roundhouse concert hall in September. Apple will be broadcasting performances to music fans worldwide will be free to watch live or record in Apple Music. Apple Music Festival was announced in mid-August. Today the […]

In Russia came the “black Friday” – the day of discounts to online stores. About this reported on the front page of the official website online sales blackfridaysale.ru. In the campaign you can buy gadgets, electronics, home appliances, clothes, shoes, sports equipment, Souvenirs, toys, books and other goods. Among the participants of the “black Friday” […]

Simultaneously 10.2.1 with iOS beta 3 Apple released the third beta of macOS 10.12.3 correcting earlier errors are detected the software platform for the Mac. In the third Assembly macOS Sierra 10.12.3 was not detected any significant changes, Apple is not talking about significant innovations in the OS. The developers point to improve the stability, […]