On the online classified site Avito published a proposal to sell the smartphone iPhone 7. Placed ads the inhabitant of Blagoveshchensk, Amur region, named Sergey, who told us about the unique characteristics of the new gadget. 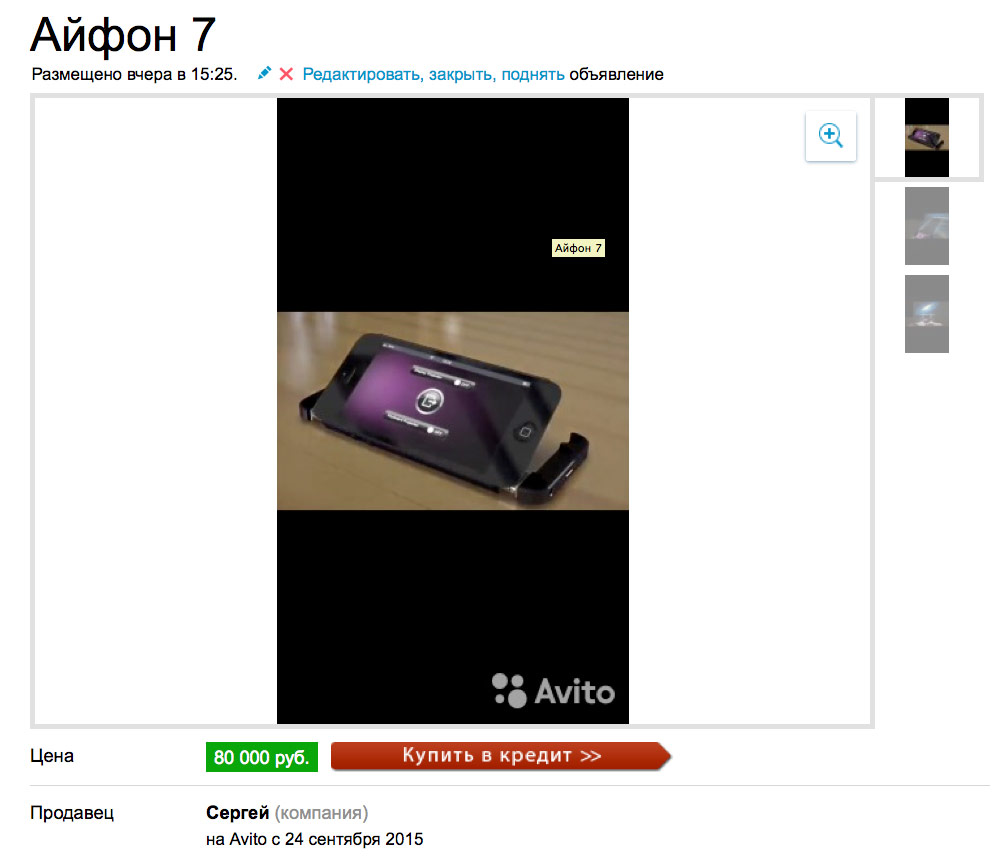 Judging by the announcement, Sergey is the owner of an iPhone, which will officially show in 2016. The highlight of the smartphone is the ability to act as a miniature computer running OS X. And instead of the bulky monitor and keyboard unit used projection screen, keyboard and trackpad.

The user puts the iPhone 7 on the table, and then he separated the lower and upper faces that serve as the base, and the device itself is installed at an angle.

“New in good condition this model will only be released 2016 the price for it in the store will be 90,000 to 100,000 will sell I need money urgently no exchange and no bargaining too,” writes the author of the ad. 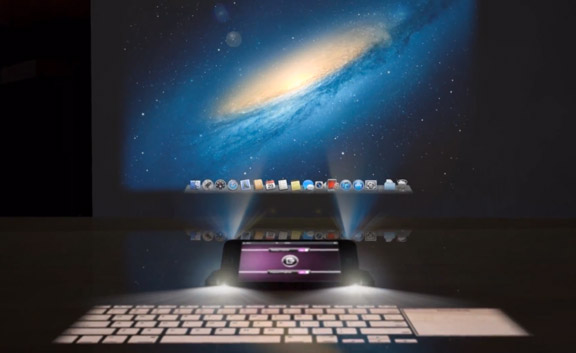 According to Sergei, the release of the new Apple’s smartphone is only scheduled through the year. But he offers to pay him right now — according to the seller he needs money urgently. Blagovesta future iPhone 7 sells for 80 thousand rubles. Bargaining is inappropriate.

Following the release of iOS 10.2 beta 2 to developers, Apple has distributed a second public beta of a new software platform. To install a preliminary version of the OS can ordinary iPhone and iPad users from among those who signed up for testing. Starting today, users can download the public edition of iOS 10.2 […]

“Euroset” has offered the iPhone 6s in installments without overpayments

The company “Euroset” has suggested all wishing to buy in instalments some models of smartphones Apple. We are talking about the flagship line of communicators iPhone 6s. From February 17, 2016 in the online store and retail outlets of “Euroset” will be given the opportunity to make installments on the iPhone 6s in gold, rose […]

Staff publications TechRadar has compiled a list of new features that users would like to see in the Apple Watch 4. The Apple Watch Series 3 was introduced not so long ago — September 22, 2017. While users appreciate the advantages and disadvantages of a smart watch the third series, Apple continues to develop and […]