Every year Apple adds to their smartphones new key function. Most of these “killer-features” become available on other devices, somewhat later, as in the case of Siri, or not appear at all. As it became known, represented in iPhone 6s technology “3D Touch”, which allows the display to recognize the effect of depression, could be relocated on older models of idevices. 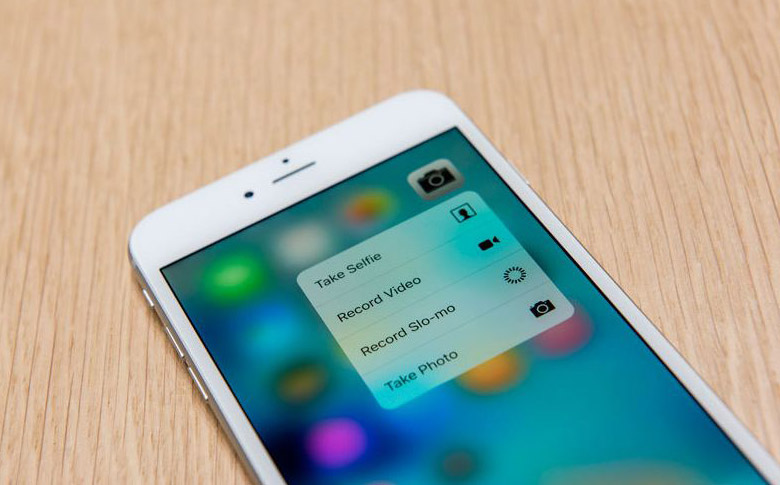 If you like with the power to put pressure on the display of your Apple Watch to call certain functions, and now you and does not represent without it your life, take the time to queue for the new iPhone 6s. To experience some 3D capabilities can Touch almost everyone. Known software developer for jailbroken devices Elias Limneos announced a tweak that will add a “3D Touch” to any device.

“Nonsense, it’s impossible. Apple Watch and new iPhones equipped with a special module that is able to distinguish the effect of depression on the screen,” is strewn with angry messages. But should not clutter up the comments. Of course, the tweak will not be able to add a physical sensor, however, he will be able to programmatically emulate Apple proprietary technology, and that’s something. The point is that by long pressing and holding on the preparation phase, the tweak will be to simulate a full “3D Touch”.

A preliminary version of the tweak already lit up on YouTube. As you can see, it works tolerably well. Camera, Phone, and Settings already got a sub-menu that offers long-lasting hold icons. In fact, the same as in iPhone 6s.

In the future, when the development is completed, the programmer promises that the functionality and features of the tweak will be expanded. Of course, he will not give the same sensations that the physical module 3D Touch, but it can make life more comfortable and simplify the experience of using the iPhone and iPad.

Although, of course, such a scenario will not be for everyone. Many users of Apple technology flatly refuse to do the jailbreak. And why, actually, if they are satisfied. Besides, it reduces the risk of pushing the screen through from too much pressing, and autonomy will not deteriorate. Those who are “you” from Cydia will probably be interested to try 3D Touch gadgets on the previous generations.

It is worth noting that such development did not work akin to revelation. Tweak called “Velox 2” had similar functionality, but is based not on hold, and swipe across the icons.

And you’d be making a jailbreak for 3D Touch?

OnePlus Nord unveiled: it's realme, but with OxygenOS

In the large-scale army of smartphones of the BBK Electronics holding, replenishment: OnePlus Nord is presented. And it turned out to be outwardly very similar to another smartphone of one of the “daughters” – realme X50 Pro. There are, of course, differences. About them below. Design “Smartphones of our brand should be cheaper,” thought the […]

Samsung officially introduced a new smartphone from the Galaxy series brand. The device passed TENAA certification and 3C in early November, featured in a press release called the Galaxy J3. The device features a 5-inch display Super AMOLED with a resolution HD (1280 x 720 pixels), which represents a major step forward compared to its […]

It seems that the umbrella does not say that it is a very important thing, but I once got tired of buying umbrellas every season, repairing umbrellas, somehow paying attention to this matter. And I began to look for the iPhone in the world of umbrellas. And then I found the young brand Blunt, bought […]