The touch screens of smartphones, smart watches and tablets suffer from one unpleasant disadvantage. It’s impossible to work in winter gloves. Engineer has developed a special liquid polymer, which is able to solve this problem. A substance called Nanotips turns any glove into an accessory to interact with touch screen mobile devices — smartphones, tablets, screens, ATMs, etc. 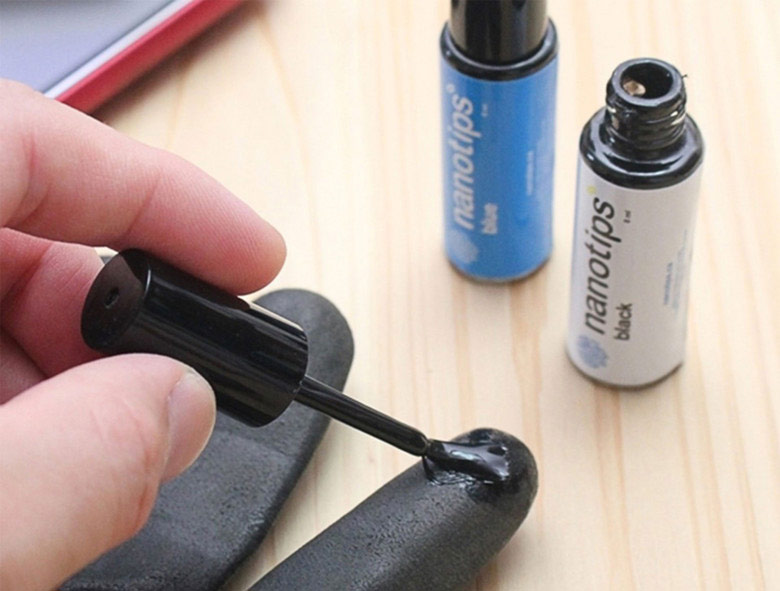 The idea of development is owned by the canadian experts from the company’s Vancouver. The liquid needs to be applied to the gloves fingers and then blow dry. Nanotips penetrates into the fibers of the fabric and provides conduction of electrical signals from the fingers to the screen. The developer has successfully tested dozens of couples – from the most subtle to the winter sports and working nitrile gloves.

The substance resembles the usual female Lac. The advantages of the liquid before special gloves to operate the touch screens that lose their properties after a certain period of time, while the liquid can be applied several times, say the developers. Three drops Nanotips enough for intensive use gloves with your iPhone from one week to one month. 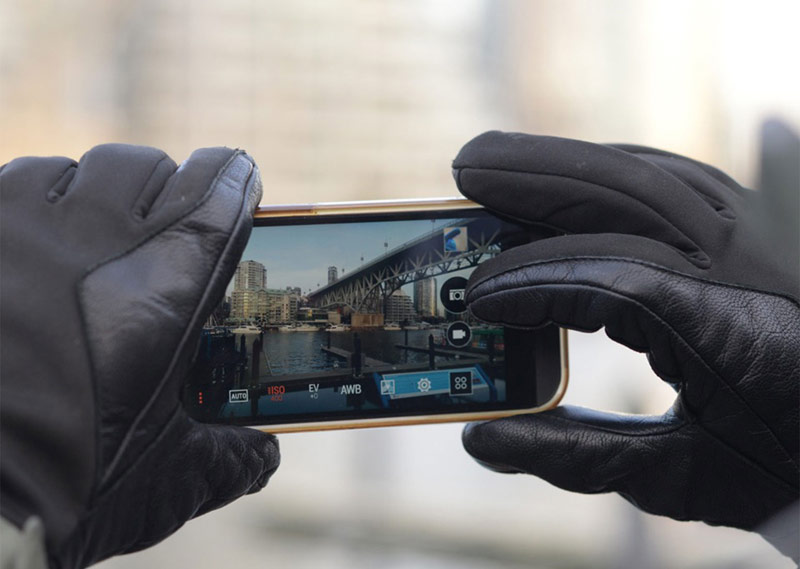 Even if the gloves get wet, the properties of the Nanotips will not disappear, so they can be washed and play in the snow. For bright things, fabric which can change color, developed a special version of the solution Nanotips Blue.

To buy Nanotips “Leathers and Rubbers and For Fabrics and Fleeces” for leather and fabric gloves respectively on the manufacturer’s website and costs $ 20.

A similar substance created and MediaGloves, a Russian startup that started selling a special impregnation for gloves that allow the use of gadgets in the cold. Reused substance — 0,5—1 ml on one finger — it is necessary after washing or gloves after they have soaked. MediaGloves is suitable for most synthetic and natural fabrics, including leather. The tool less effective for gloves made of water repellent matter and treated with hydrophobic impregnations.

Read also:   The share of iOS is increasing in all major markets, Android is losing popularity

What would you like to see in next-gen Apple TV?

Despite expectations, Apple TV Apple next generation was presented in June at the worldwide developers conference WWDC 2015. According to the latest rumors, her debut will take place in September along with the announcement of new iPhone models. We have compiled a list of features that are expected in a new television receiver Apple. Device […]

Proximity sensor smartphone is able to detect the presence of objects in close proximity to the display without any physical contact. Thus, iOS can lock the touch screen of the iPhone to prevent accidental taps during a call when the phone is close to your ear, and also to save battery power. Developer Stilldabomb wondered […]

Waiting for users of Hackintosh from the new modular Mac Pro

In the beginning of the month Apple told me that designs a brand-new, “completely rethought” model of the workstation Mac Pro. Your computer will have a modular design that will allow users to more easily update the machine. According to senior Vice President of Apple’s Craig Federighi, releasing a Mac Pro four years ago, the […]