Leading analyst Mobile Research Group Eldar Murtazin, regularly criticizing Apple products, acknowledged his defeat in a dispute with the General Director of “Beeline” Mikhail slobodnim. Despite the forecast Murtazin, head of the company remained at his post by 8 October 2015. Now, under the terms of the bet, Murtazin have to work in the office “Beeline” in the bee costume. 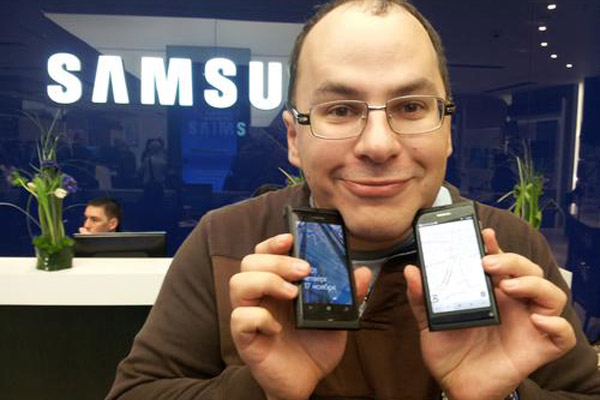 According to VC, Slobodin and Murtazin has publicly entered into the dispute in may 2015. The journalist suggested that in September Slobodin will leave the post of the General Director of “Beeline”, because the results of his work are not satisfied with the company’s shareholders that the company has made a bet.

“Yes, I lost,” said Murtazin, agreeing to comply with the terms of the dispute. “Next week I, Slobodin and other top managers of “Beeline” will gather in their office,” said he.

On the issue of the suit Murtazin said he doesn’t anticipate there being any special form for it.

Previously the head of “Beeline” Mikhail Slobodin said that the company already prepares a special costume for Murtazina. “He will open our flagship store on Tverskaya street in the area on 15 October”, — said General Director of the operator. On the question of whether it is a bee costume, Slobodin said that “the dispute was clear and unequivocal.” “If it will “move out” is, of course, his right. But will look quite a pity,” he said. 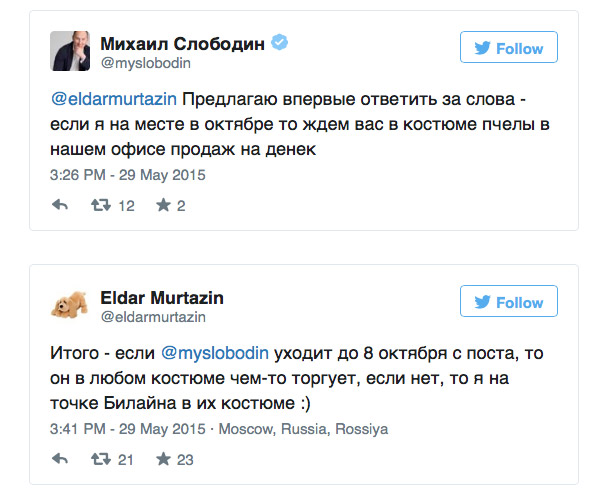 Recent years Murtazin regularly criticizes Apple products. Last month, he said that Apple without Steve jobs “just copy Samsung to squeeze money from their fans”. “Gaining a large audience of fans of the brand Apple, which is often thoughtlessly loyal to her, the company began actively to exploit and squeeze money,” he said.

In June of this year the analyst predicted the demise of Apple. Discussing the attack on the world market of low-cost Chinese smartphones, Murtazin noted that Apple has little to offer in technical terms, and it rests only at the expense of the brand. “Apple is doing due to the power of the brand. They have been brainwashed very well to many people and will stay on the thumb, he said. – At the time when the Apple brand for one reason or another will be attacked or questioned, it is like a house of cards will collapse very quickly.” In 2007 Murtazin “buried” iPhone first, averaging in the device 178 of the fatal flaws.

Samsung introduced a new smart watch Gear S2 on Tizen OS. The novelty is enclosed in a housing, the appropriate standard of protection IP68, and got two buttons on the case with a rotating bezel that is used to navigate through menus. Worn on the wrist of the product will be produced in versions Gear […]

Popular benchmark AnTuTu allowed us to estimate the performance of the flagship processor Snapdragon 835, based on which will work the top Android smartphones in 2017. Data from the popular test package to demonstrate the processing power of the Qualcomm platform. In the benchmark AnTuTu reference prototype on the new chipset have shown only 182 […]

In anticipation of the release of iPhone 8 Apple has switched to a weekly release test versions of iOS 11. Since its release in the early summer of 11 iOS has managed to acquire multiple versions. Apple today introduced the symbolic eighth match for the anticipated smartphone. This time the size of the update is […]