Leading analyst Mobile Research Group in an interview with Life commented on the high demand for the iPhone 7 in Russia. In his opinion, Apple deliberately creates artificial scarcity, which maintained interest in the new products. Those who stand in line for iPhone, Murtazin calls the “not very smart” as Apple is seriously lagging behind in technological planets from the competitors. Analyst himself, he said, is Samsung phones because it is “the best there is on the market.” 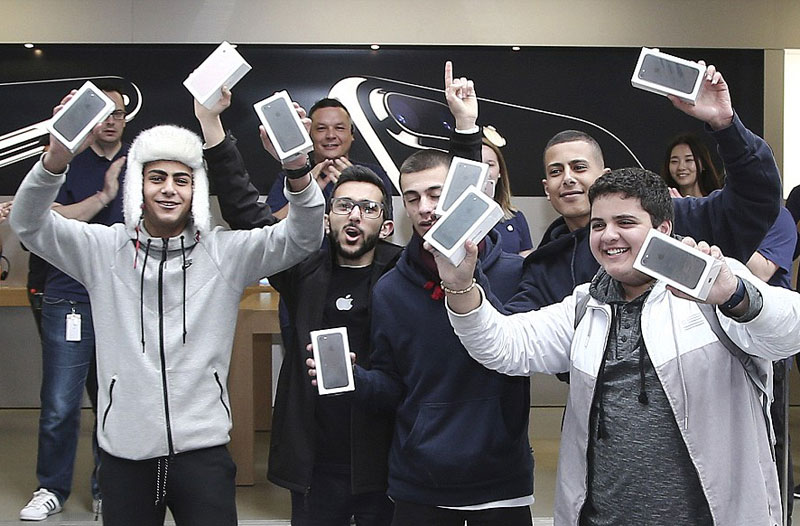 “Apple is creating artificial scarcity, hype. In the first two months they brought in a small batch. Partners now get the iPhone every three days. God forbid that on the shelves there was a feeling that they are”, – commented on the situation with the sales Murtazin. The range of shops was not all versions of the iPhone, but people who relied on a different model, all the same bought the gadget. “This gregarious sporty feeling, he said. – Overall, I think these games are very much talking about the market, about people, about how people perceive themselves. Still, the queue for the sausage was in our lives.”

Murtazin believes that now iPhone continue to buy out of inertia, and its current success, Apple owes Steve jobs: “He paved track at which the company is rolling to this day.” The company under Tim cook is not what it used to be: she’s serious mistakes, which are becoming more. Among the main blunders of Apple Murtazin calls the design of products and software errors.

“They have accessories began — humped case, which was a year ago, it’s all wordly evil. The stylus, which is charged via iPad: “PIU-PIU, star wars, the mouse that needs to turn and stab her in the belly cable – it looks as if the enemy snuck in and instead of designing do not understand what – said Murtazin. – With the software was the trouble, because it is complicated. iOS 8 two years ago, nine was better, in the top ten again nakosyachili – that from iOS 8 to iOS 9 corrected. And now we always see that very quickly roll out a new minor updates 10.01, 10.02, to fix the little glitches.”

The expert is confident that the situation will deteriorate, as Apple has lost the main person who “served as a receiving and making products for themselves.” “Five years they had spades, they went up. The first half of 2016 core product iPhone, which brings 55-56% of the profits, declined in sales by 25-30% worldwide,” said Murtazin. Users playing”, he added. 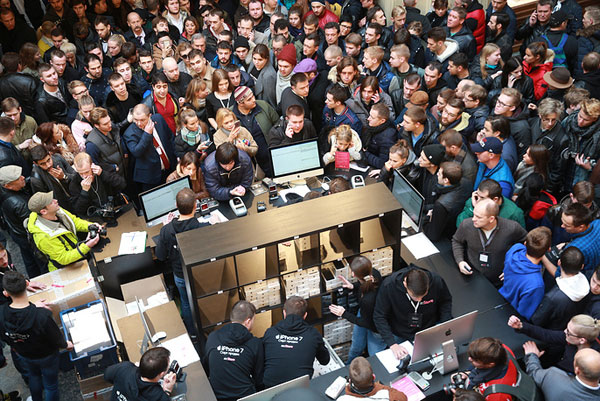 One of the reasons for the popularity of Apple products, the analyst believes Samsung – its main competitor “Apple” brand. According to Murtazin, the South Korean brand has chosen the right tactics, successfully luring iPhone users.

“Looks like this: you arrive in any country, no matter Russia is, Germany, USA. You go to the Mall. With a probability of 99% you will meet the Samsung booth showing new products, technology, accessories, which is a huge number and you can take it to take. That is, from the point of view to try hands – people can try, and they suddenly realize that the chips are interesting – said Murtazin. Thanks Galaxy S7 company was competing for a lot of people who used iPhone.

New flagships, iPhone 7 and iPhone 7 Plus Murtazin does not seem to be advanced, and key functions of smartphones, in particular the shooting mode with the bokeh effect a few years ago was used by the competitors.

Audience iPhone lives in its own world, which on the market, in their opinion, nothing else exists. And they are discovering new features that have been on the market for many years. In particular, the iPhone 7 Plus background blur on photos through rear camera. For them this discovery is very pleasant. It seems that nobody was able to do. But on the other hand, they give reason to the owners of other systems and phones to laugh and say that two years ago we all did it. It’s just not such a feature, which need to shout on every corner”, he said.

Read also:   Americans warned against the purchase of cases for the iPhone in the form of a pistol

In response, listeners of the radio station about the reasons for his passionate love of Samsung products Murtazin said that “selects the best there is on the market.” “Phone I have Samsung, and for many years. Five years as there was a line of Galaxy… iPhone is technologically inferior”, he said. The main advantages of Samsung smartphones Murtazin called “beautiful design”, a quick charging and a stylus, with which he signs documents. “If we compare the unit Galaxy and iPhone are the two flagship, the iPhone is always in arrears of certain functions,” he said. 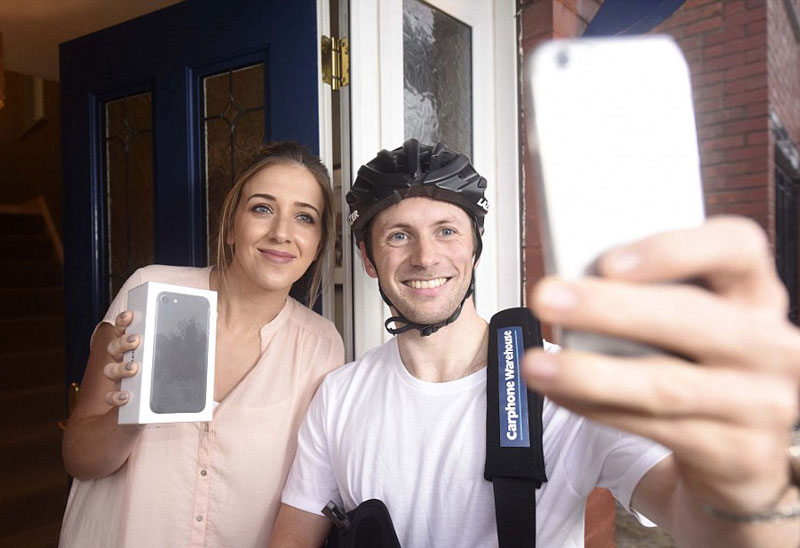 Murtazin questioned the adequacy of the people who stand in line for the iPhone 7: “I can honestly say that those who at Gum stood, not a very smart people.” He is convinced that the new Apple smartphones are not worth it.

Yesterday we told you about how to get a great dock for iPhone and Apple Watch – stylish aluminum stand from iVAPO looks very harmoniously together on IOS devices. And today we will share another interesting find – a docking station for the Apple Watch from Oittm, a well-known manufacturer of accessories for Apple. The […]

On Kickstarter successfully raise funds for smart watches that can monitor blood pressure and cardiovascular disease, as well as give tips for improving the effectiveness of training depending on the sport. The device, developed by Farasha, gathered for the month more than $300,000. Gadget called Sowatch looks like the most common “smart” watches, but in […]