User under the nickname CaptainSparklez Minecraft I sandbox Minecraft iPhone. A video demonstration of the works he published on his YouTube channel. 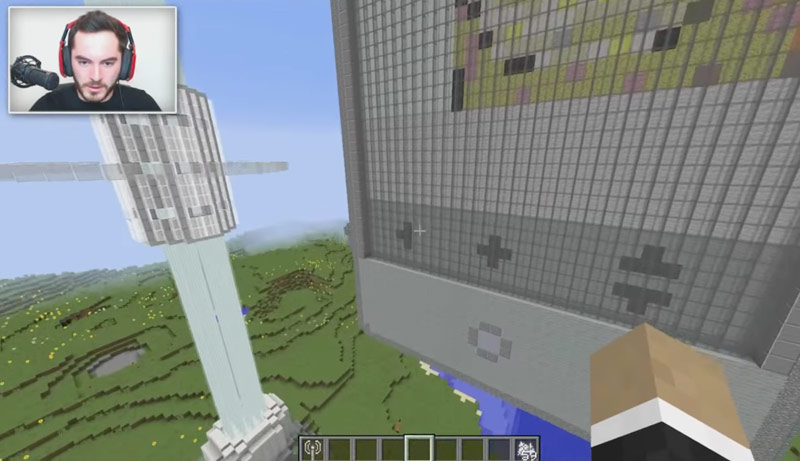 Using the virtual smartphone can make video calls and surf the Internet. In the proof that iPhone work, the blogger received a call on your tablet — on the screen “block” the phone render the image.

As told CaptainSparklez, to create a gadget he was working with the provider Verison. The company has created a special application Boxel that converts a web page and the video stream so that the Minecraft server can put them in the form of cubes in real-time.

Minecraft can not play videos in high resolution, so an incoming call looks on the screen very pixeltown. In this companion sees the avatar of the caller. Also, the smartphone could make selfies, on which the user will be displayed in the form of an avatar from Minecraft.

The game Minecraft created by Swedish Studio Mojang, exists since 2009. Then was launched the first alpha version of the project. At the end of 2011 the final version of the game was released on PC, and then ported it to iPhone and iPad. In September 2014, the game was bought by Microsoft.

The essence of Minecraft is to interact with the outside world, which is randomly generated. In it, players have to deal with the construction of buildings, to produce useful resources, and the fight with the aggressive creatures. Visually the game is stylized three-dimensional pixel art.

Currently players have already created many different objects inside Minecraft. One of the Apple fans have recreated in the sandbox an exact copy of the headquarters of the Corporation. He issued the respective card, which can be downloaded from his website.

As you know, some of the mobile industry lives in perpetual resistance with the industry classic, often in the role of hopeless imitators and catch-up. Judge for yourself: almost all of the major console-computer games are bad clones for small screens. Call of Duty – Modern Combat, NFS, Real Racing and Asphalt, all the zombie […]

Samsung has started to use the development of the Institute for system programming of the Russian Academy of Sciences (ISP RAS) called Svace, which aims to identify errors in the source code of Android, native apps Samsung and Tizen. This is reported by “Vedomosti” with reference to the Director of the ISP RAS Harutyun Avetisyan […]