Operator “MegaFon” one of the first in the world demonstrated the mobile Internet speed more than 1Gbps, according to Cnews. During testing, the mobile data was used by the network and terminal equipment Huawei and prototype devices based on Qualcomm Snapdragon X16 LTE. The peak download speed during the test is 1.24 GB/s. In St. Petersburg tested solution which can be considered the most important step in forming the 5G standard. To achieve the speed of 1 Gbps was used:

“The new standard 5G will make mobile communications more accessible: subscribers will be able to get significantly more services for less money – said acting General Director of “MegaFon” Sergey Soldatenkov. In 2008, our company was the first in Russia has launched a mobile communication of the third generation, 2012 – LTE network. 5G – the next stage of development of mobile technology, suggesting a new level of service and capabilities for our customers.”

“This demonstration showed that MegaFon chose the right direction and the equipment that is already capable of with only small changes in software in an evolutionary way to speed that bring us closer to the era of 5G networks. This will dramatically change the user experience from mobile services and bring new services and opportunities for business development,” commented Xu Xuemin, President of Carrier Business Group of Huawei in Russia. 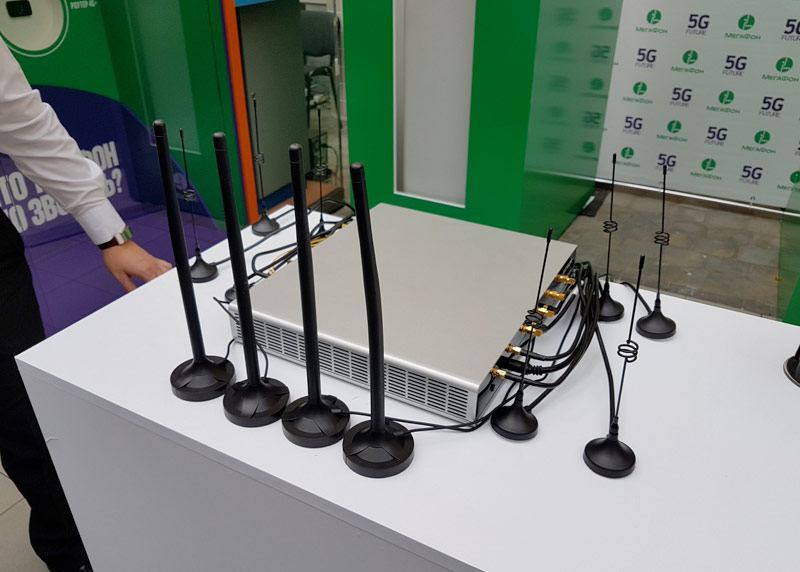 “Snapdragon X16 blurs the boundaries between wired and wireless Internet and takes a big step forward in the development of 5G technologies. This is very important due to constantly growing volumes of data, and the desire of operators to ensure the quality of the user experience. Successful demonstration of data transmission at speeds of 1 Gbps, carried out by the company “MegaFon”, proves that the ecosystem is preparing for the emergence of a new generation of broadband mobile services and applications. We are pleased to collaborate with leading operators worldwide, including MegaFon, and to be a leading developer of technologies needed for widespread introduction of 5G,” said Julia Klebanova, Vice-President of Qualcomm’s business development in Eastern Europe.

“The MegaFon company, which determines the pace of development of mobile communication at the global level. The introduction of LTE-Advanced technology Pro brings the world to the era of Gigabit speeds, and the presence of this technology at “MegaFon” today’s pledge of the fact that the introduction of 5G will begin in the very near future,” said Alan Hadden, Vice-President of GSA (the global Association of Telecom providers).

Yota will offer a 30 percent discount on voice services and mobile Internet for owners of smartphones iPhone. This offer will be valid indefinitely. As reported by Comnews, the first stage of promotion is available in Moscow and the Moscow region, in the future it will operate in other regions of Russia. Now Yota in […]