It took more than three months since Apple killed the jailbreak for iOS 9. Released since updating to iOS 9.1, 9.2, and 9.2.1 still not compatible with existing utilities for hacking. Every day users ask about the prospects to see a cherished icon of informal store apps on the screens of their igadzhetov, and now today there is specific information on the timing of the release of jailbreak iOS 9.2.1. 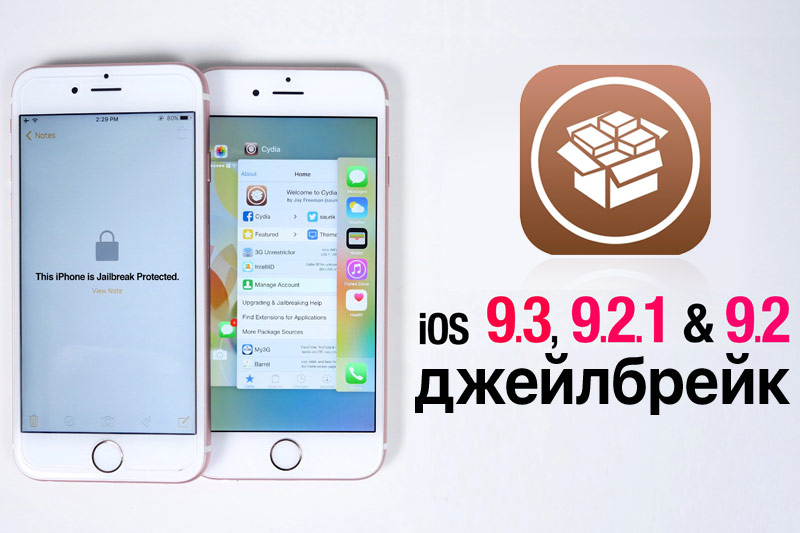 According to the resource Inquisitr, the Chinese developers of the hacker group TaiG and Pangu await the final version of iOS 9.3 in order to simultaneously distribute the jailbreak for iOS 9.2.1. In the testing phase of the firmware Apple is committed to effectively protect iOS 9.3, therefore, searches for and fixes any discovered security flaws that could potentially be used by hackers.

The final version of iOS 9 was released on September 16 of last year. However, due to the presence of critical bugs by the end of the month OS was updated to iOS 9.0.1 and 9.0.2. In early October, the developers of Pangu presented an exploit that was compatible with all current at that time versions of iOS 9. After three weeks Apple has released iOS 9.1, which blocked the vulnerability Pangu. Thus, iOS 9.0.2 is the last version of the firmware that is compatible with the jailbreak. Unfortunately, Apple has stopped issuing certificates for the OS, so to restore to previous iOS versions is not possible.

Official statements from the hackers regarding the timing of the release of the jailbreak for iOS 9.2.1 have been reported, but the edition, citing a source familiar with the development of the exploit, asserts that the jailbreak will be released next month, followed by a new version of iOS. Pangu and TaiG postpone the release in order to let Apple to change in iOS 9.3, salatov necessary for hacking vulnerability. As it did not want users to see the jailbreak iOS 9.2.1 as soon as possible, will have to wait for updates.

For ordinary users this means that the jailbreak will be available immediately after the appearance of iOS 9.3. If the information sources are confirmed, the update will debut on March 15 – the day of the presentation of the iPhone 5se and iPad Air 3.

Note that in early February the programmer Luke Todesco, who previously helped Apple in the search of vulnerabilities in the previous iOS version, confirmed the existence of exploit to hack the latest firmware, uploading a video demonstrating a jailbroken iPhone. Previously Creator utility has placed in his microblog a message about successful hacking iOS 9.2.1, but noted that he was not going to release the exploit for public use.

10 tips to free up space on your iPhone and iPad

IPhone and iPad users sooner or later are faced with a situation where all of a sudden running out of space on your device and you have to remove your content or application. Looking at the contents of the gadget, we see unfamiliar files and folders, touch who wonder if they need to work a […]

Tim cook explained his words about the death of personal computers

Apple CEO Tim cook announced the words that at present the need for personal computers disappeared. The comment referred to the Director-General’s statements, made last week in an interview with the Telegraph. “I think if you look at the PC, then the question will arise: why you still need to buy it? No, really, what […]

The Google+ social network hopes to make iOS devices more. The service has launched a mobile application, a new feature “Stacks”, which allows you to create collections of favourite materials. Thus, the social network has almost copied the basic functionality of the service Pinterest. In the Compilation you can add texts, photos, videos and other […]