The pace of sales of the iPhone 6s and iPhone 6s Plus after a record-breaking first weekend of slowing down. To such conclusion analysts of Swiss investment Bank Credit Suisse. The company lowered its forecast for iPhone sales by 2016 from 242 to 222 million units. 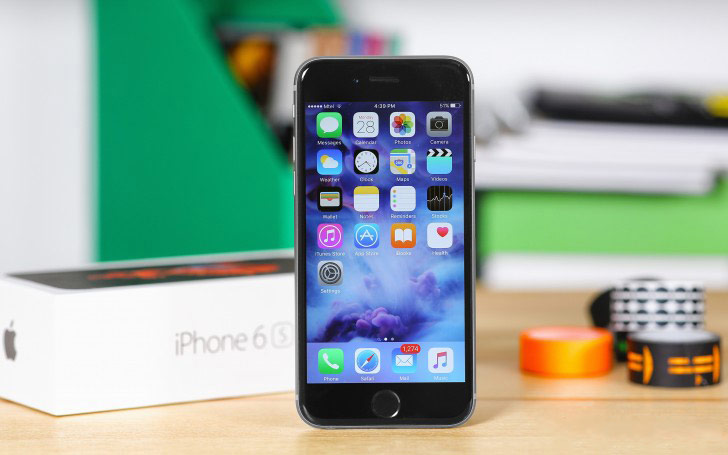 Citing sources among Apple’s suppliers, analysts argue that the company has reduced by 10% orders for components for its smartphones. “Apparently, this is due to weak demand for the new iPhone 6s. According to our estimates, December quarter promises no more than 80 million sold iPhone and from 55 to 60 million units in the first quarter of 2016″, – noted in the company.

It should be noted that this is not the first negative forecast for sales of iPhone 6s. Last month chief analyst at Pacific Crest Securities John Vinh said that Apple reduced its orders for the production of chips for the new iPhone by about 15%. In addition, a recent survey among mobile operators in Western Europe and North America showed that most of them are still not sold out stocks of the iPhone 6s and iPhone 6s Plus. At the same time, the expert Katy Huberty of Morgan Stanley takes a different point of view. According to this publication, the iPhone 6s and iPhone 6s Plus sold better than its predecessors. The number of users who plan to purchase the new iPhone within the next 12 months, 10% more compared with last year. This, combined with high customer loyalty, especially in the US and China, will provide record iPhone sales.

Despite pessimistic reports, Credit Suisse has retained forecast share value of Apple at 100 – 130 dollars, a “buy” recommendation has not changed.

Earlier this month, Apple stopped signing iOS 8.4.1, which means the inability to roll back with iOS 9.0 and newer versions of the OS to the previous version of the software platform. However, for some iPhone and iPad models this was possible. OdysseusOTA is a command line tool, with which you can perform to downgrade […]

Officially: iOS 13.4 will be released next week

On Wednesday, March 18, Apple not only introduced the new iPad Pro, MacBook Air and Mac mini, which we talked about earlier, but also announced the release date for the final version of iOS 13.4. Testing of the updated operating system, which started in early February, will be completed next week. interesting                    […]

Samsung Gear S2, the Gear Fit 2 will get iOS support in the near future

In September last year there appeared information that Samsung is working on a work Gear S2 with the iPhone. In March this year it was reported that subscribers of the operator Verizon has received new firmware for smart watch Samsung, which received the support of iOS devices. However, later denied this information. And now became […]