The mobile payment service from Apple will be available in the UK from the 14th of July. Unfortunately, for many residents of Albion maximum transaction size will be 20 pounds (about 1700 rubles). 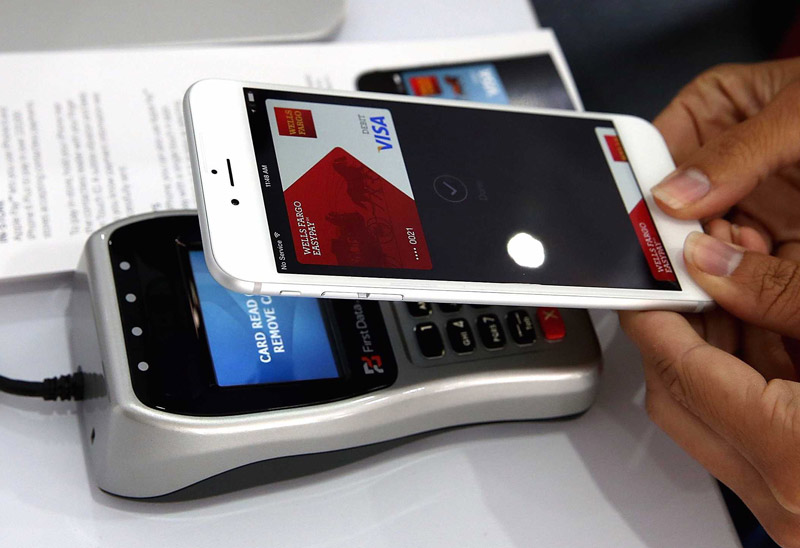 About what Apple is going to extend its system outside the USA, it was reported at the conference on 8 June, but the exact date was not named. At the moment it is known that on July 14 British Apple Pay users can pay at banks, restaurants and many other catering establishments. Payment charges will be 0.15% of the payment amount. In addition, the system will be included and discount cards to major retail outlets.

According to a source from the leadership of Apple pay for purchases using a smartphone will be available in 250 retail outlets in the UK. The Apple Pay mechanism will also allow you to pay the fare on city buses.

At the same time, the work of the British version of the mobile payment system will have some limitations compared to its American counterpart. The main difference will be a limit on the amount of the transaction – it cannot exceed 20 pounds. NFC technology used by Apple Pay is a contactless and does not require PIN code entry ways payment for goods or services. In the UK it is still widely distributed legacy POS terminals with the restriction on the transfer of funds. Thus, in order to make a purchase in the amount of 20 pounds, the British will have the “old way” to use payment by credit card, not a smartphone.

Britain will become the first market Apple Pay outside the US. Also perhaps rather the emergence of service and in China.

Litigation between Apple and the so-called patent troll VirnetX Holdings Corp has been going on for several years and it seems that another lawsuit is brewing. This week, the U.S. Court of Appeals overturned a jury ruling that ordered Apple to pay VirnetX plaintiff compensation in the amount of $ 503 million for patent infringement. […]

In its promotional materials, Apple calls the Apple Watch “incredibly accurate timepiece” that shows the time in accordance with the established global standard, not deviating by more than 50 MS. Not to say that the iPhone or Mac with any problems, however, the Apple Watch is always exposed “with impeccable precision.” In an interview with […]

Apple Watch: impressions after 8 months of use

In April of this year, Apple began selling “smart” clock Apple Watch accessory is desirable, but is extremely ambiguous. Analysts say the numbers from 11 to 13 million copies sold and reported high levels of satisfaction of our clients. This figure is higher than that of the first generation iPad and iPhone. Blogger Alexander Patsy […]