The quality of the work of “Mail of Russia” has long been a byword. Apparently, in the company’s management decided to change the situation and to resort to innovative methods of delivery of parcels. Soon parcels and letters “Mail of Russia” will deliver to the recipients with the help of drones. Vehicles should enter service in 2017. 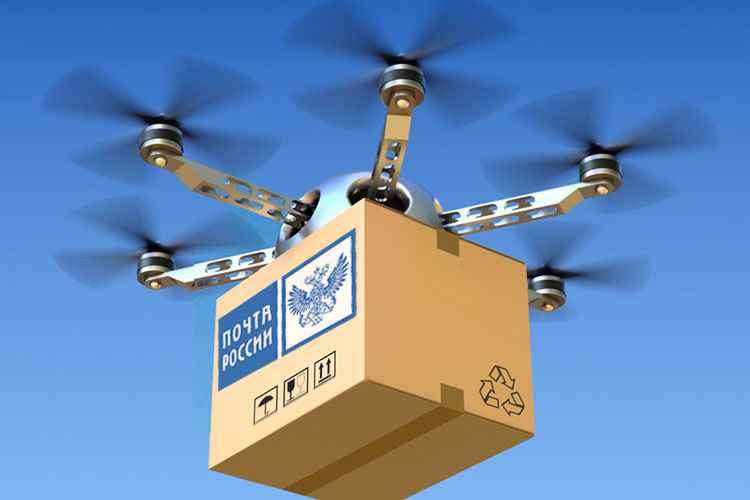 Test flights of the drones to “Mail of Russia” will be held in the spring of 2017. It was originally planned to test drones last summer.

“Test flights were to be held in the Urals, but because of the time it’s going to be problematic,” — said TASS a source close to “Mail of Russia”. According to him, in this regard, it was decided to postpone testing in the spring of 2017.

Technical Director of “Tiber” (manufacturer of drones) Sergey Tizik confirmed that the company together with “Mail of Russia” is preparing to conduct a joint experiment to deliver mail inside hard-to-reach regions of Russia. Planned the experiment, carried out within 7 days. To implement the flight was found the branch of “Mail of Russia”, around which within a radius of 300 metres there are no objects.

This delivery system is already used by some international companies. Not so long ago the head of Amazon Jeff Bezos announced the first delivery of goods to customers with a drone. It happened December 7. The footage video shows how the drone was taken to one of the buyers in the UK the console Amazon Fire TV and a bag of popcorn. The delivery took 13 minutes. A new service called Prime Air.

Parents should pay more attention to the education of children, and not to shift this task on the iPad. This was announced on air of RSN Commissioner for the rights of the child under the RF President Pavel Astakhov. “We need to work seriously, to bring up children. I just have my youngest reaches to […]

To the dismay of most fans of Apple technology company still produces smartphones with a memory capacity of 16 GB. This value is appallingly low, given the increasing quality of content: games, pictures, and videos, as well as several gigabytes, allocated for the needs iOS. A considerable number of users feeling the shortage of space […]

Siri on Apple TV 4 in Russia? Yes, but only in English

Apple calls voice control using Siri, the key feature of the new Apple TV. But users in many countries, including Russia, are not found on the device a voice assistant. When you press the remote call button Siri opens the standard search box. In fact, at the moment Siri only works in 8 countries: UK, […]