New MacBook Pro proved to be the most controversial device from Apple over the last few years, judging by the reviews online, reviews online and the opinion of experts. Indeed, while some people admire the usability of the Touch Bar, the ability to connect multiple 5K monitors and compact size of the laptop, others complain about the weak performance and battery life, the lack of classic connectors, and the “glowing Apple”. 9to5mac conducted a survey of visitors to find out what they liked or disliked the new product. 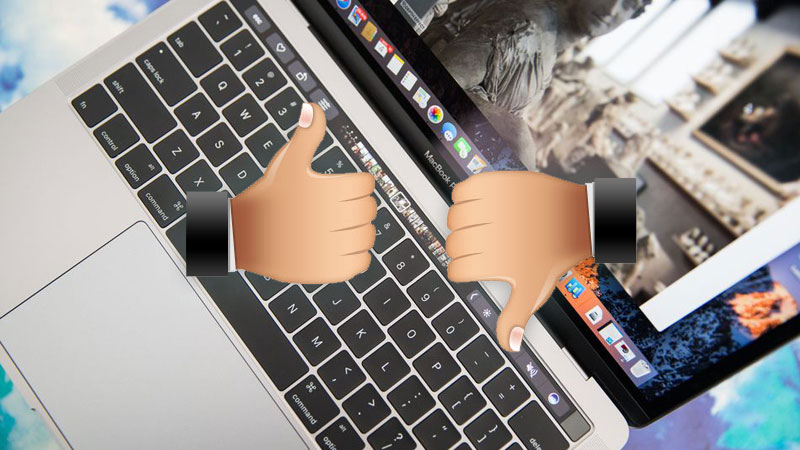 Just note that one Respondent could mark several points, therefore, to say how many people took part in the survey, it is impossible – according to statistics, was given to about 80 000 votes, of which about 50 000 positive. 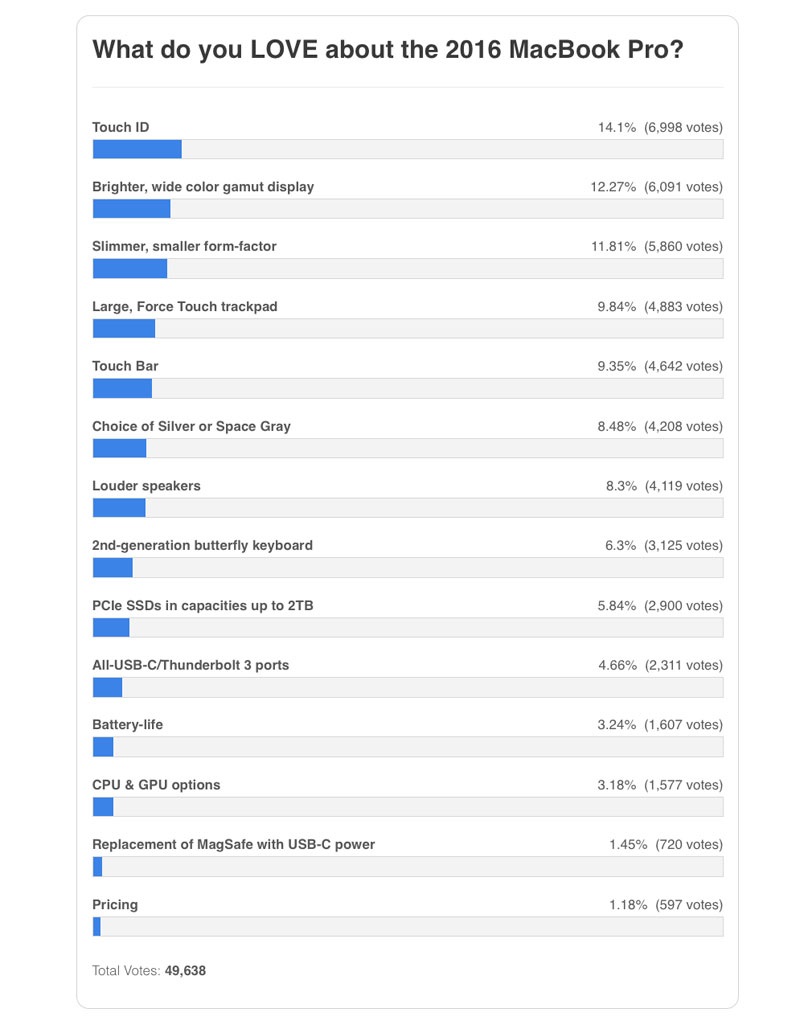 Also, users appreciate high-quality sound design, keyboard with the butterfly mechanism of the second generation for more comfortable typing, SSD-drive capacity up to 2 TB and have USB-C.

As for the negative aspects associated with a new MacBook Pro, the answers were quite expected. With a big lead price laptops – 31,12%. Voting was conducted for the American and European audience, but even there I think the cost of new items is high, not to mention the CIS countries. The second point that users noticed the replacement MagSafe to USB-C. This fact unhappy every fifth – 21,04%. It is impossible not to agree – magnetic connector distinguishes laptops from competitors in the market.

Read also:   Boost case for 12-inch MacBook will solve the problem with the lack of connectors 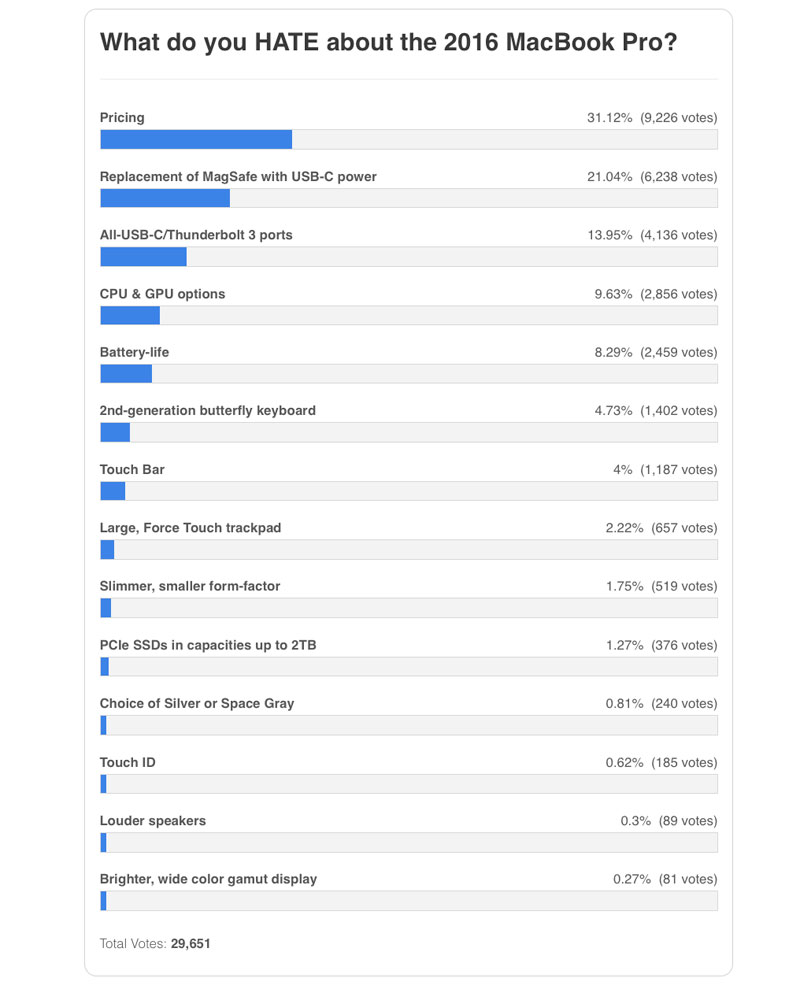 The lack of ports (13,97%) – third, I hate the users of the new MacBook Pro. Because now it is impossible to connect standard devices to work, and iPhone to charge is no longer possible. On the fourth and fifth places were respectively the lack of performance (9,62%) and autonomy (of 8.25%). Due to the reduction of the dimensions the manufacturer had to go to a decrease in the battery that affect battery life of the device.

However, the MacBook Pro is sold – on to Apple, the new model has become the most popular in the history of the line. In any case, the exact information we learn from nearest financial report which will be published early next year.

What did you like or dislike about the new MacBook Pro?

About everything interesting for the week # 12: Spider-Man, the best iPhone 11 Pro and Elon Musk

The past week was remembered by Xiaomi's large presentation with the futuristic Mi Mix Alpha, as well as the release of stable iOS 13.1 and iPadOS 13.1. We talked about this, and now everything that did not get on the main agenda. One paragraph news Spider-Man will remain in the Marvel Cinema Universe Remember the […]

DJI has announced the Phantom quadrocopter 4, is able to fly around obstacles [video]

The company announced a DJI Phantom quadrocopter fourth generation. In the default device has built-in follow the selected object, and two additional cameras can be used to identify obstacles and fly around them. In addition to the new modes of flight, the Phantom 4 has got an enhanced design and a more capacious battery. The […]