Happy day: Apple introduced the updated top-end MacBook Pro 16 inches, we already bought one and share our impressions. To begin, I advise you to watch the video on the Wylsacom channel with unpacking and first impressions:

You can choose one of the ready-made configurations or build a laptop for your specific needs. The options are the same as those proposed for the 15-inch model this season: Intel Core i7 or Intel Core i9 with AMD Radeon Pro 5300M or 5500M graphics. By default, the MacBook 16 ″ receives 16 GB of RAM and a 512 GB SSD. By the way, before Apple offered 256 GB for the same money, another nice change. 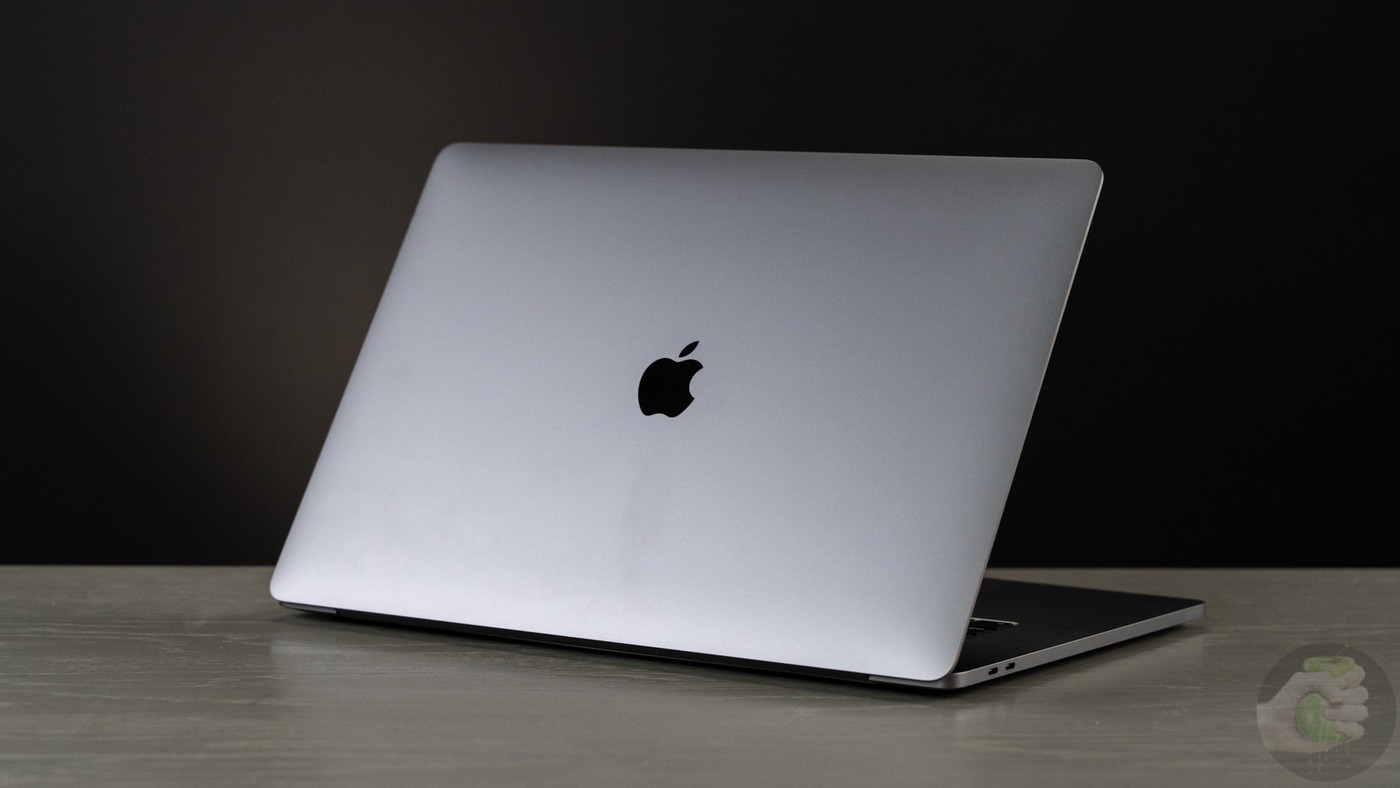 I did not have time to load the laptop with serious matters, Ilya Kazakov took it – you need to create new videos. But I’ll say that the laptop improved the cooling system: there are new fans, more heat transfer plates, it will be more comfortable to work under high load.

Only the lazy did not tell about the problems with the keyboard in macbooks, we on the site also regularly raised this question. I don’t want to debate the topic, because everything is very individual. For example, I have a MacBook Pro 15 at the end of 2017. And with the keyboard everything is fine there. Yes, I don’t eat at a laptop, I try to share work and meals, and in the harsh conditions of the desert, I couldn’t work with winds and sands. But I don’t shake the laptop either, I use it as an ordinary thing. And all is well. And in general I like the “butterfly”, it’s just noisy. 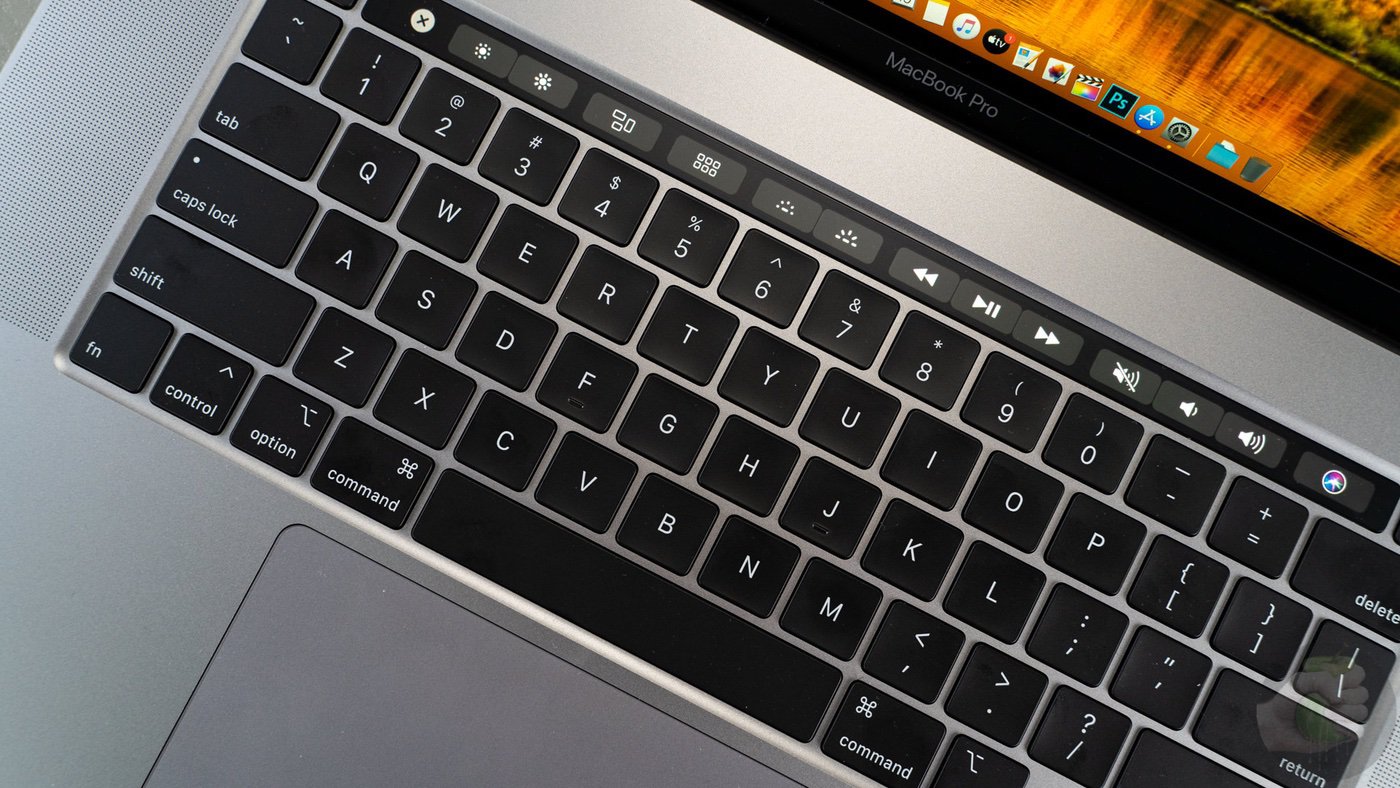 When you print, the short-stroke buttons click quite loudly when typing, the sound is an amateur. If you sit in headphones with music, then everything is okay, but it’s not so much for others. I note that the keyboard in mid-2019 models has become quieter and more pleasant. 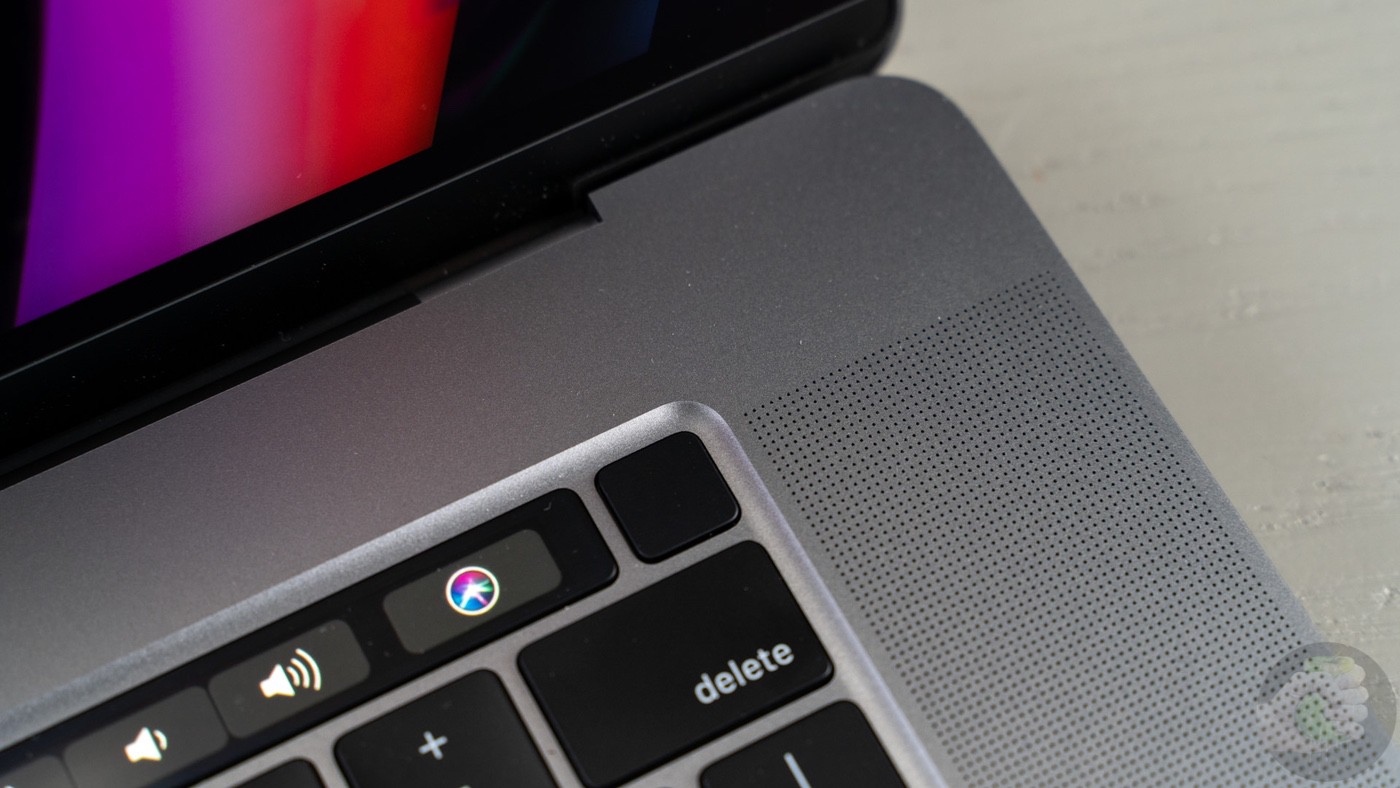 But then came the MacBook Pro 16 with the new Magic Keyboard. By the way, the Apple keyboard is also called the same thing, which is sold as a separate accessory.

The new MacBook keyboard is beautiful. It feels like everything was until 2016, when the first MacBook Pro with a butterfly appeared. There is a longer stroke and a quiet press, typing is very, very nice, and I was already thinking about switching to a new laptop. The old MacBook Pro 15, which was sold from 2012 to 2015, had a button stroke of about 1.5 mm, while the 16-inch model had 1 mm. 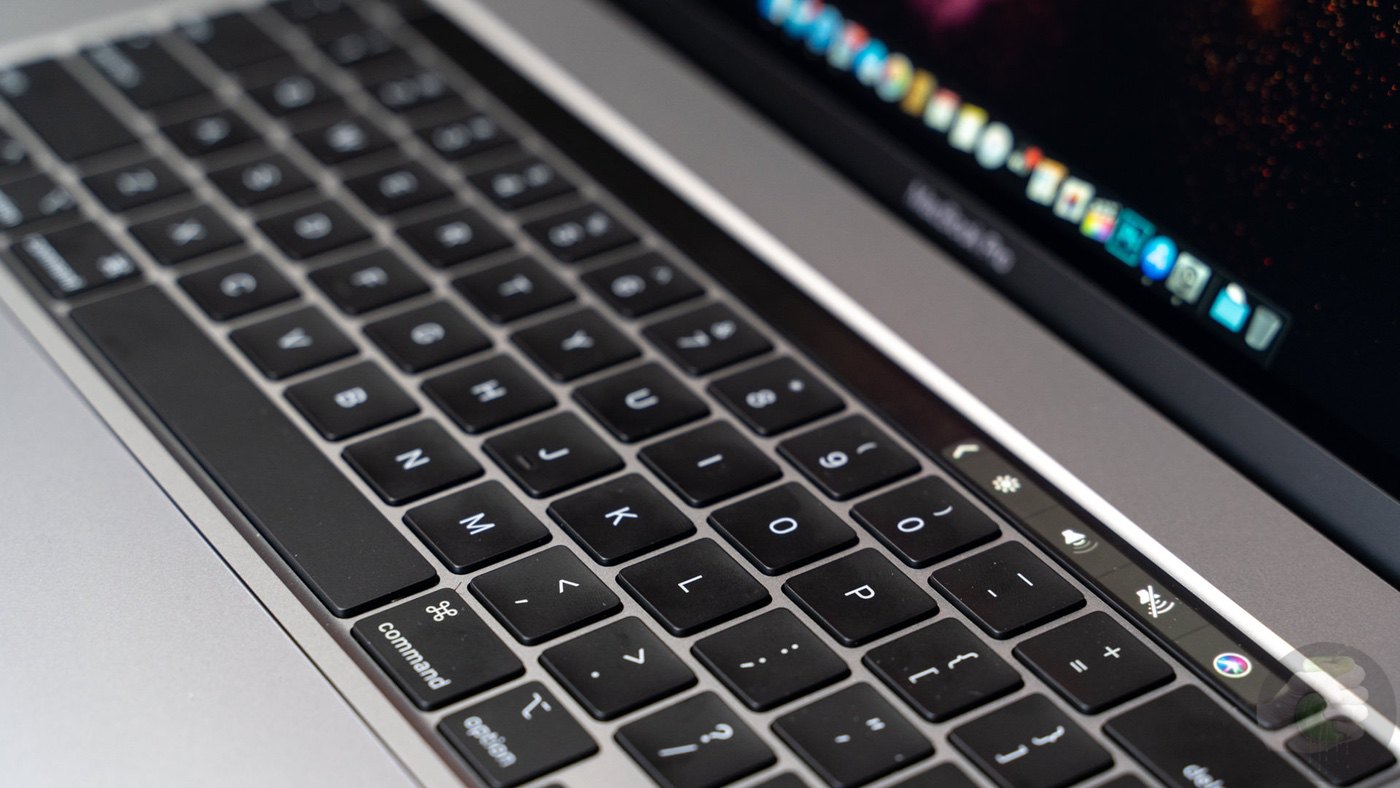 Another nice feature of the new model is that here you can replace individual keys or remove them to remove dust. 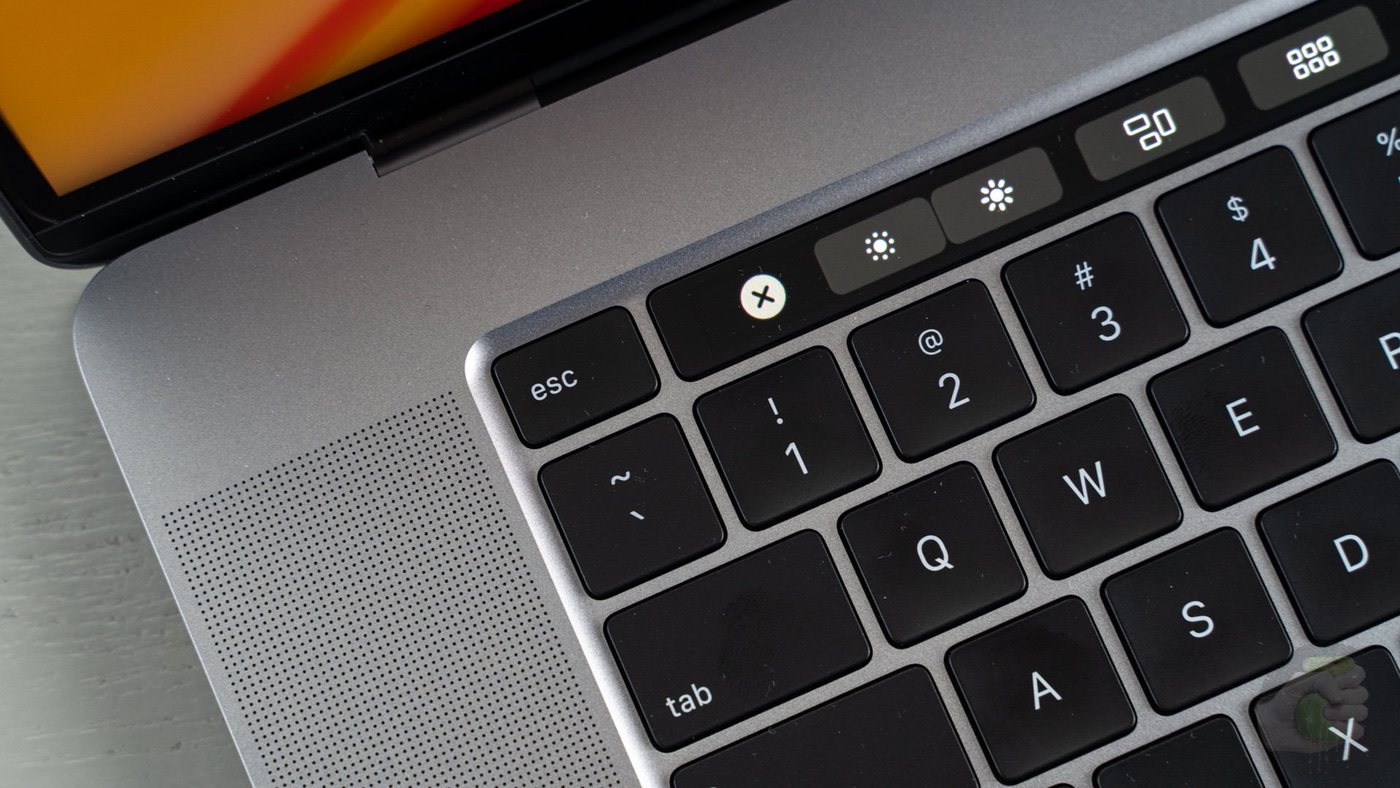 The Esc button now stands alone, and it is physical, not touch, as before. Otherwise, the Touch Bar has not changed, and I would really like to feel the return when I press the buttons. I continue to dream about Taptic Engine with you. You can read about what possibilities Touch Bar gives in my article:

Apple MacBook TouchBar – Evil? Looking for meaning in it

I can only say good things about the huge touchpad: very large, great sensitivity, support for gestures. In short, they haven’t come up with anything better than him. 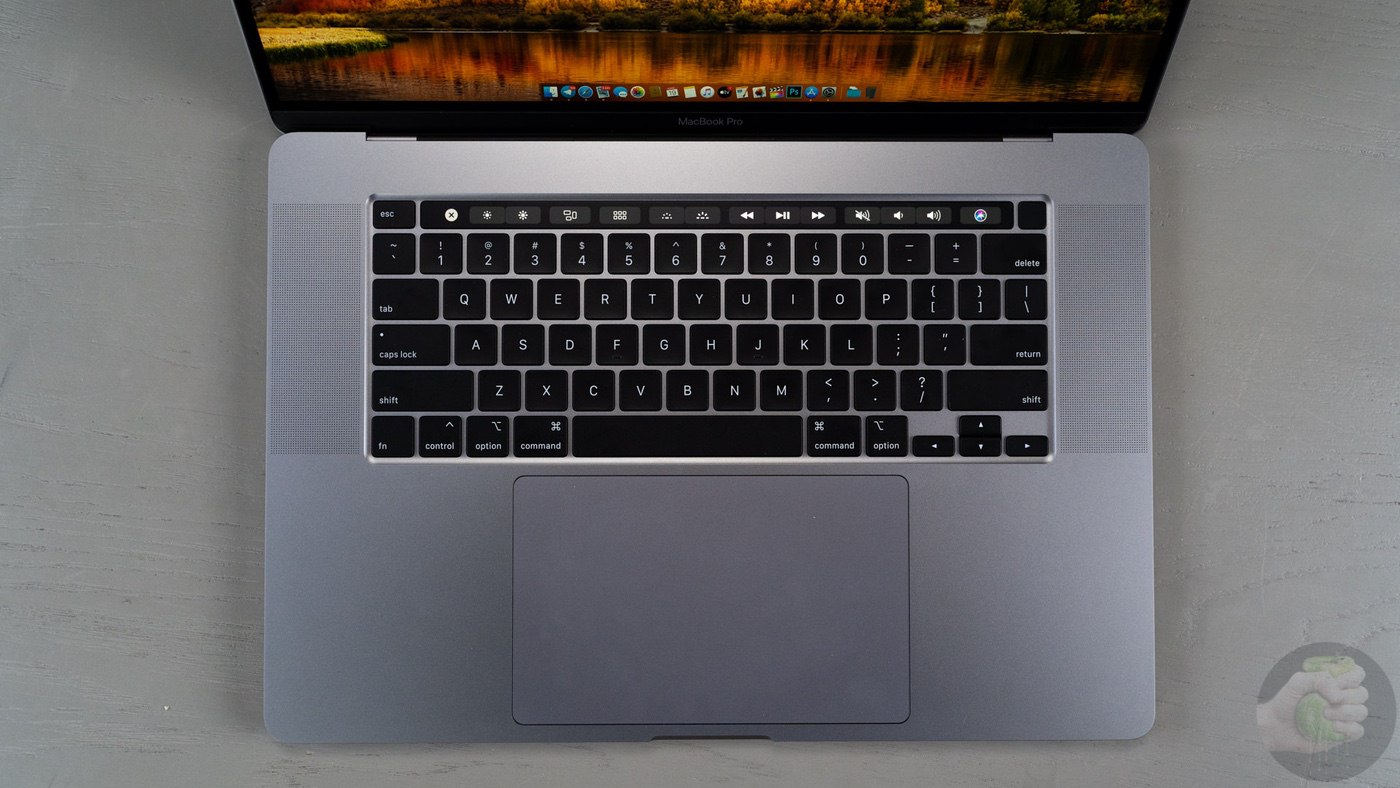 I did not spend much time with the laptop to feel the difference between 15.4 and 16 inches. Perhaps the difference will be noticeable over time, but after the first acquaintance, the feeling that before your eyes is still the same excellent Retina display. 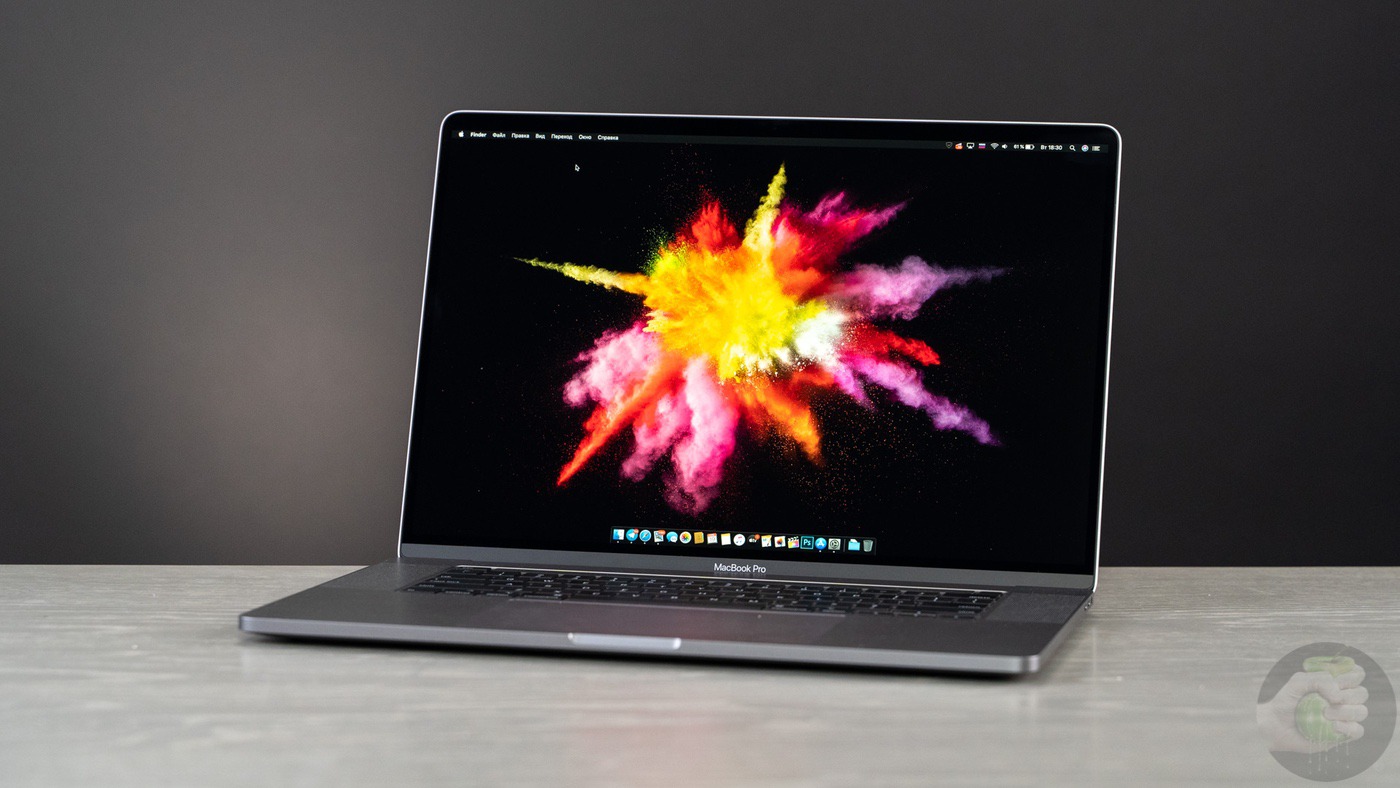 Gorgeous colors, accurate calibration, DCI-P3 support – in general, everything that is appreciated and loved in Apple screens. If you look closely, you will notice that the frames have become smaller and thinner, but I would not attribute this to reasons for an upgrade. 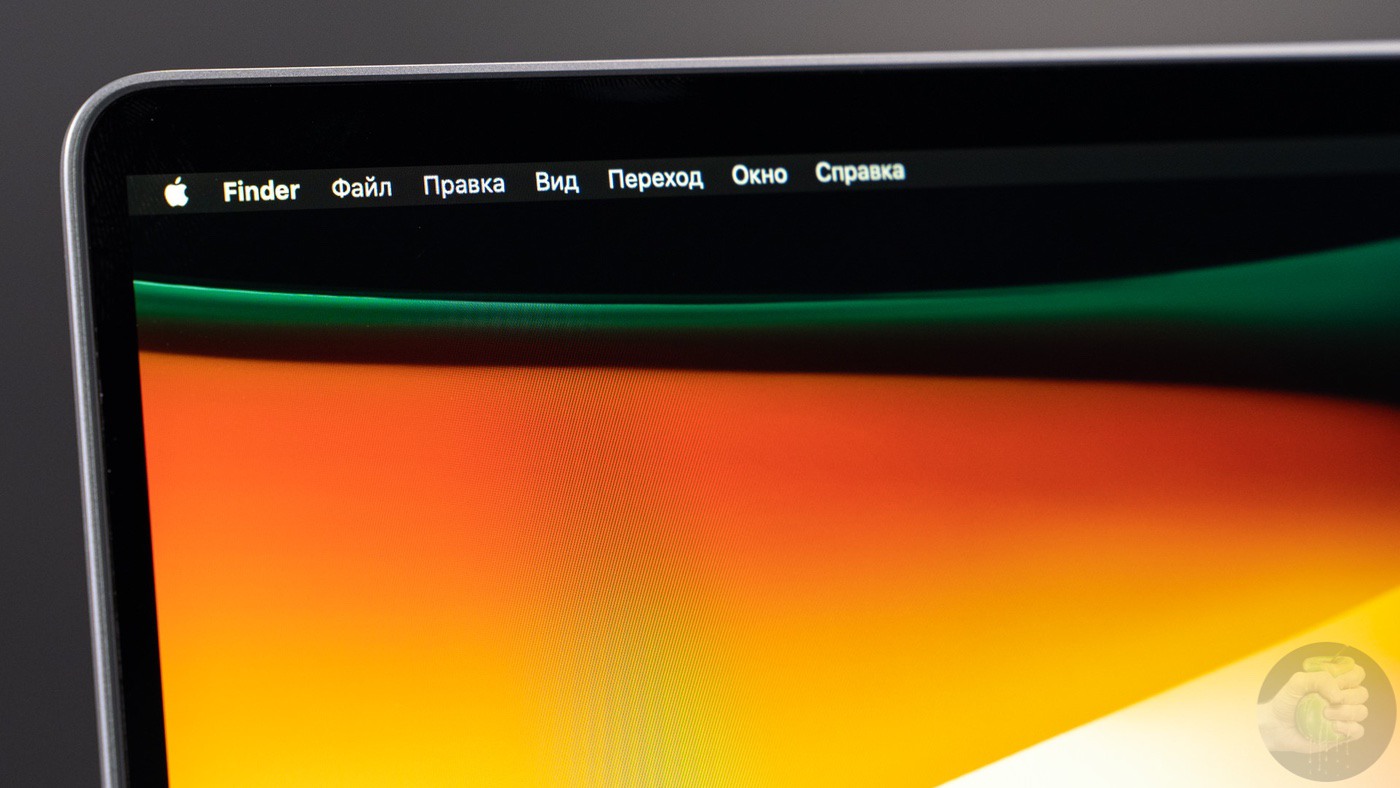 The first MacBook with a USB Type-C connector was shown in 2015, since then there have been a lot of accessories for every taste and budget. Connect the adapter to the connector on the laptop, then insert flash drives and memory cards – whatever you want. The same applies to all kinds of devices with HDMI: for example, we use a lot of equipment on streams, and the adapter helps to cope with all this. 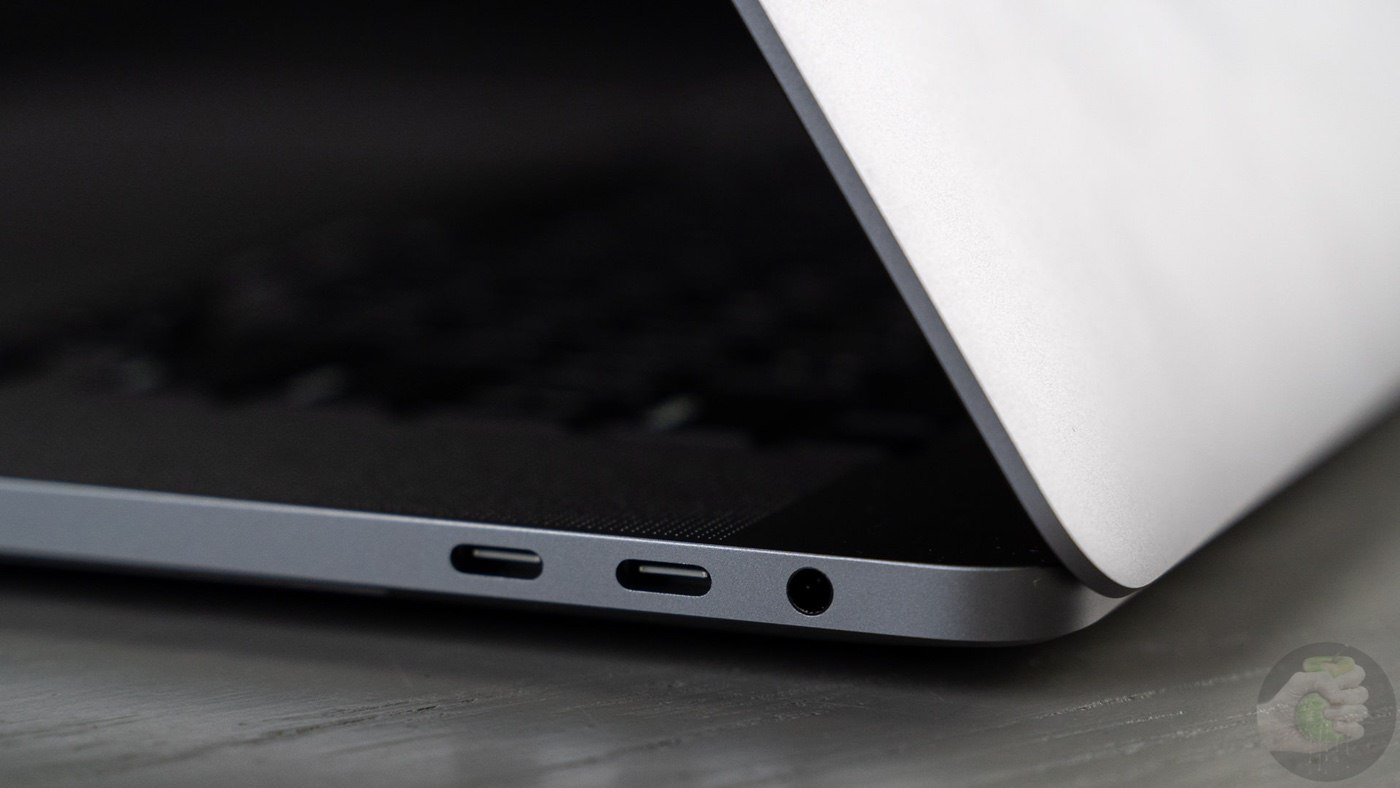 I unhooked it and went away on business with a laptop, and returned – you can continue to work. Over time, it turns out that the adapters are not so bad as skeptics try to submit.

There is nothing much to say about the design of the new MacBook Pro 16. The case is a bit thinner, a bit heavier, there are still two colors to choose from: silver and dark gray. 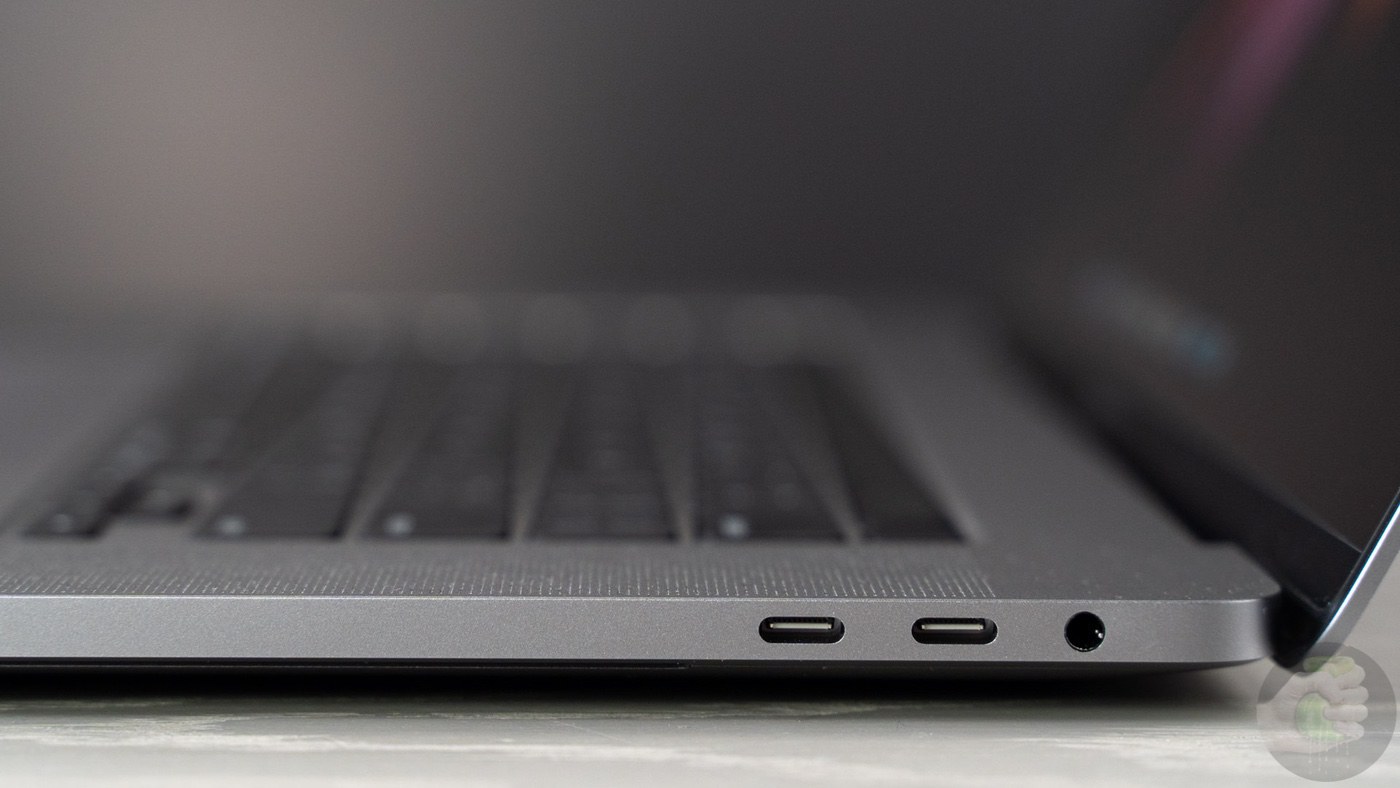 It will be interesting to see how the body behaves over time: will sharp edges peel off, will micro-chips appear, or will the coating become new and more durable.

Digit of the day: the price of the main accessories for the new MacBook Pro

MacBook speakers are a different story. The sound is clear, loud, rich: movies can be watched without headphones or speakers. I thought that in the MacBook Pro 16 the sound is the same as in previous generations in a similar case, but no. A wider scene, more voluminous low frequencies – it seems like you can sit down and watch blockbusters: the new system of six speakers is just a plague. 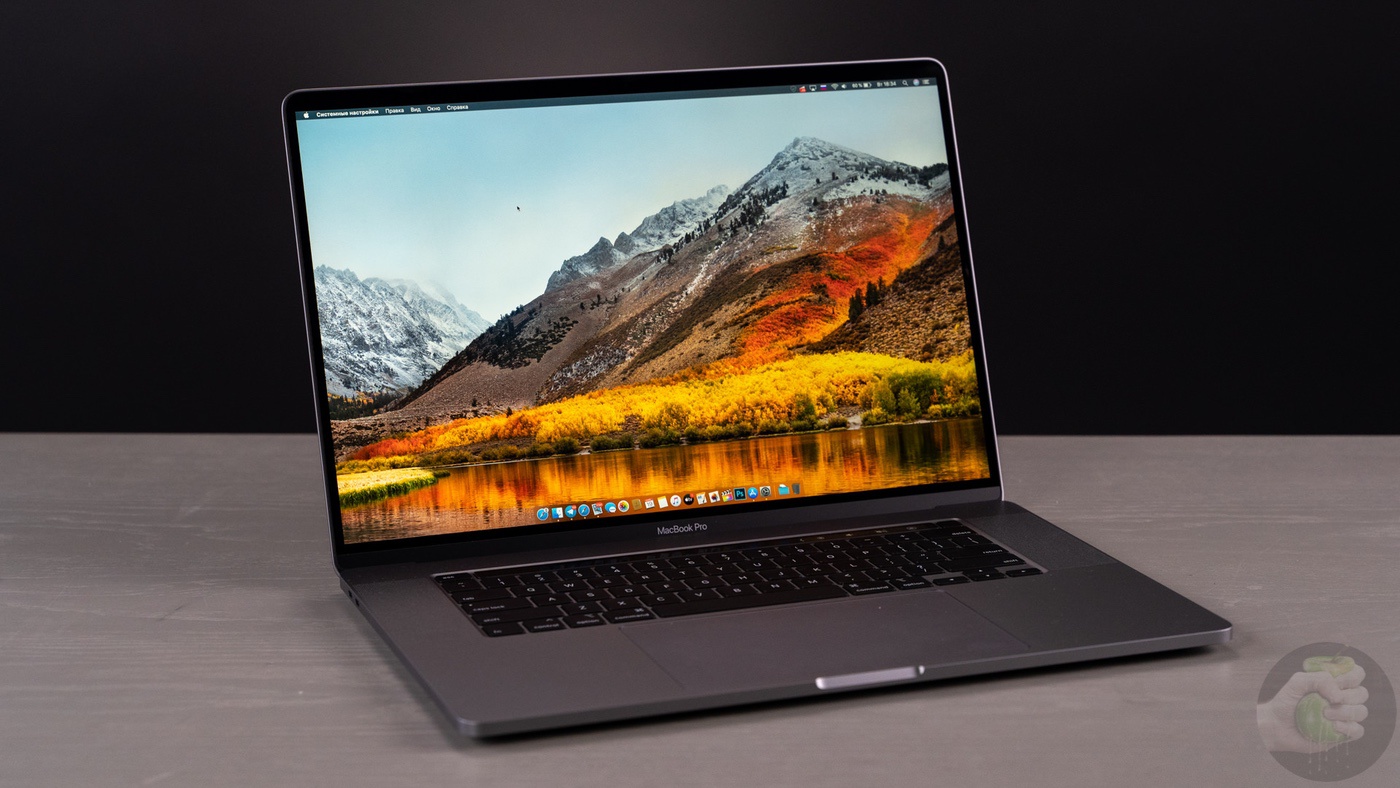 Not the most obvious, but nevertheless cool feature of the new MacBook Pro 16 are microphones for recording clean and high-quality sound. Here you can talk without headphones or a headset, and even voice a movie or record a podcast.

It is strange that the latest laptop uses not the new standard Wi-Fi 802.11ax, it is Wi-Fi 6, but the older Wi-Fi 802.11ac. Although there is nothing to complain about: the network connection is fast and stable, but judge for yourself: the iPhone 11 already has a new version of Wi-Fi, and the laptop is old. Another oddity of Apple is the HD camera for video calls. They did not begin to improve it, because no one uses it – after all, everyone is sealed, like Zuckerberg, right? 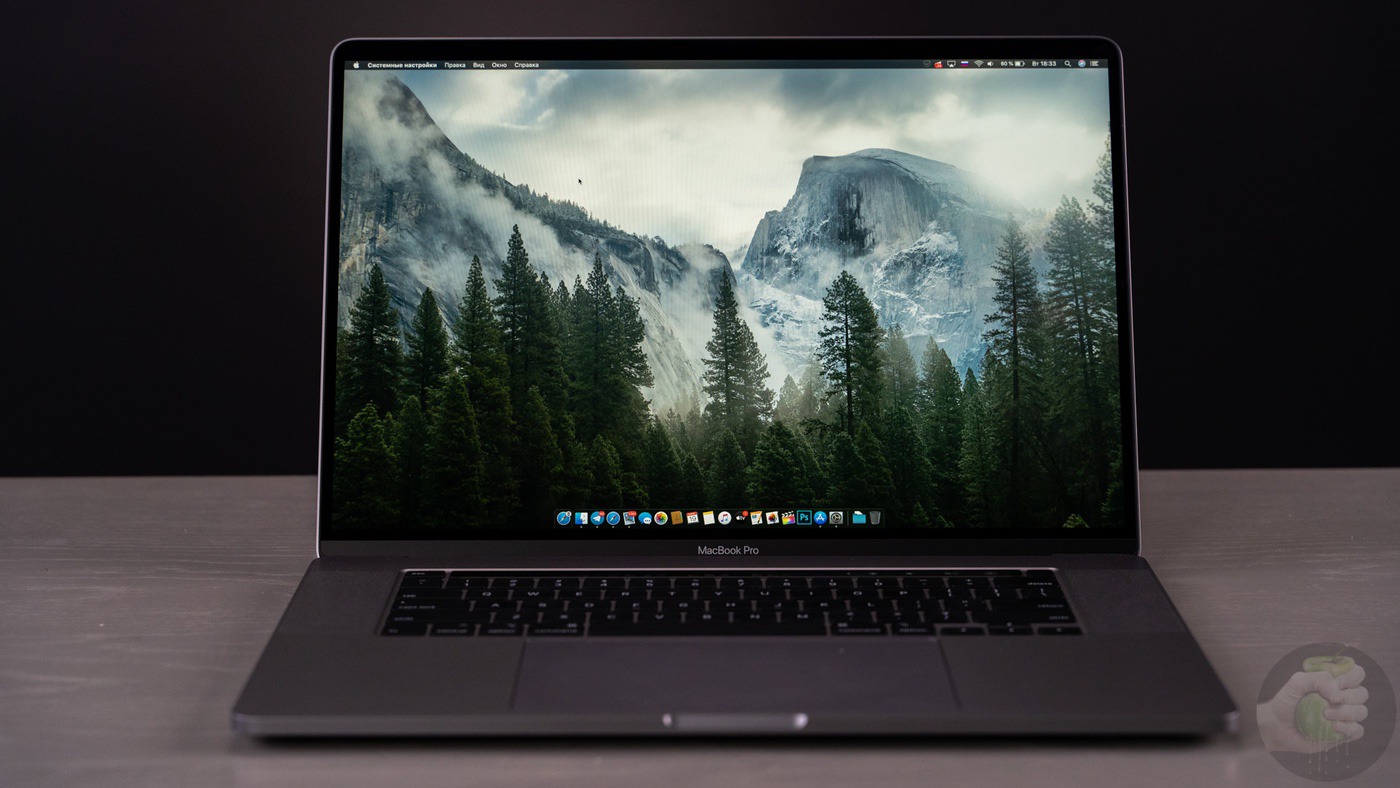 MacBooks never had problems with autonomy. Moreover, the new laptop has a 100 Wh battery, an absolute record for an Apple laptop. It is stated that under comparable conditions, the new MacBook Pro 16 will last an hour longer than the old model – it turns out up to 11 hours of battery life. You yourself get tired before the laptop runs out. 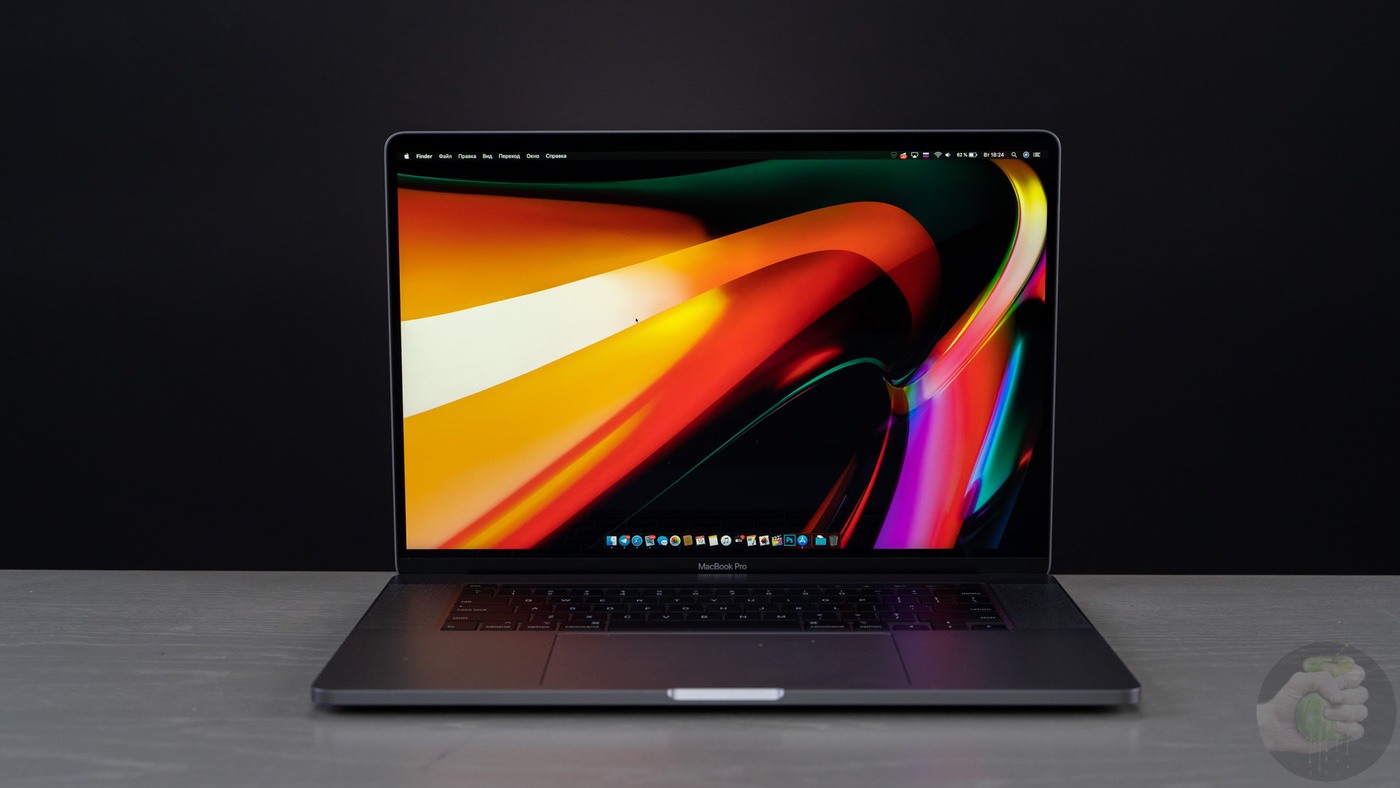 Perhaps they could have done more, but the rules for transporting laptops on airplanes are already a limitation. Included is a new 96-watt charger. If desired, it can be purchased separately.

Is this the top?

Not far off is the announcement of the new Mac Pro, plus do not forget about the desktop iMac Pro, which is a jack of all trades. But you won’t take it with you in a backpack, so if you need a powerful portable workstation, then the MacBook Pro 16 has no options.

So far, only two standard versions are presented on the Russian site of Apple, but there are no custom ones. Prices start at 199,990 rubles. 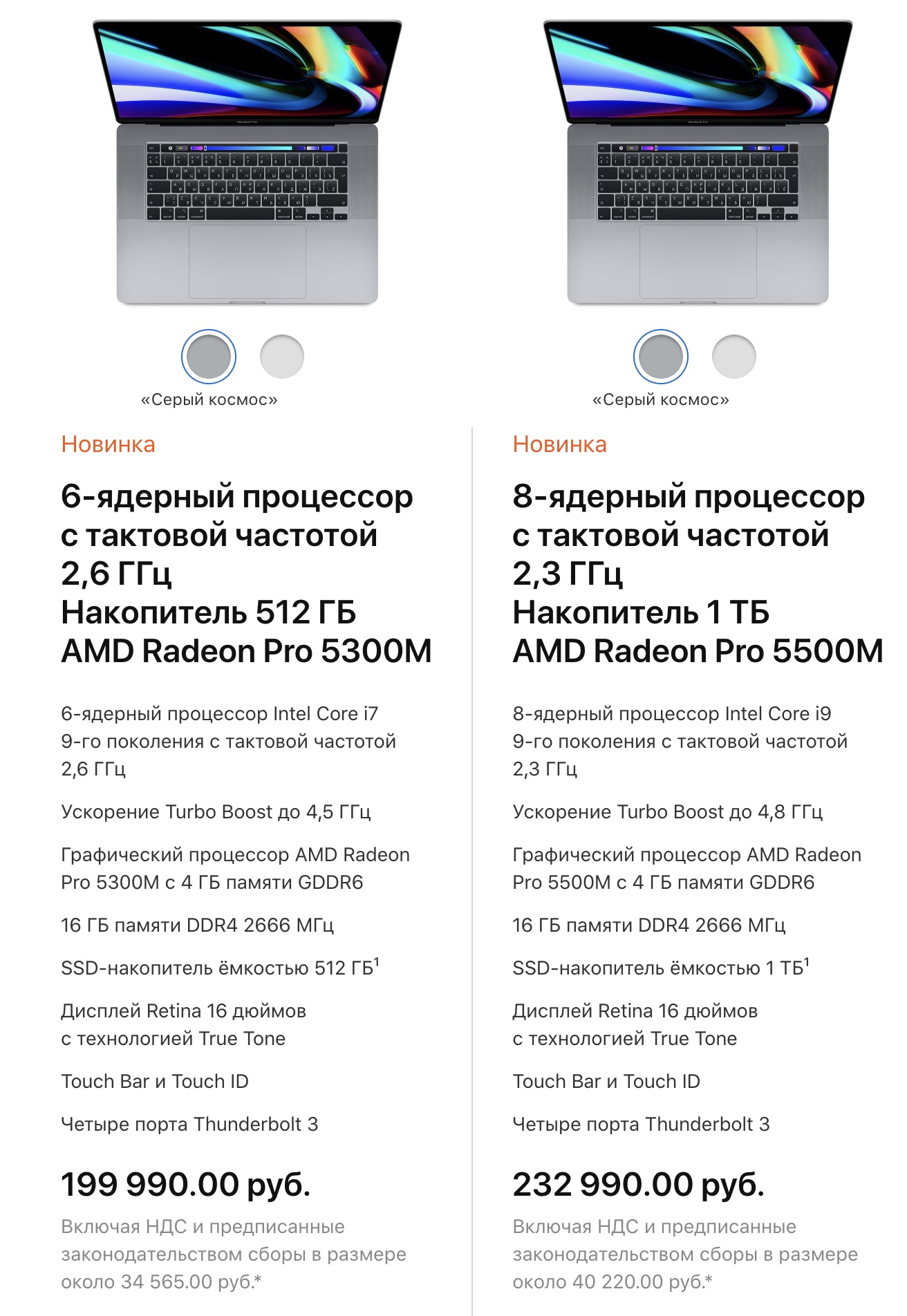 If you go to an American site, you can see that for a fee we get already 64 GB of RAM, 8 GB of video memory instead of 4 GB, and the volume of SSD grows to some incredible 8 TB.

Change the old MacBook to a new one?

The concept of "old" is different for everyone, and tasks too. If you work with graphics and video, draw a lot or need computing power for programming – take the top versions, you will be satisfied. Those who make money on a laptop, the MacBook Pro 16 will quickly beat off with their work. 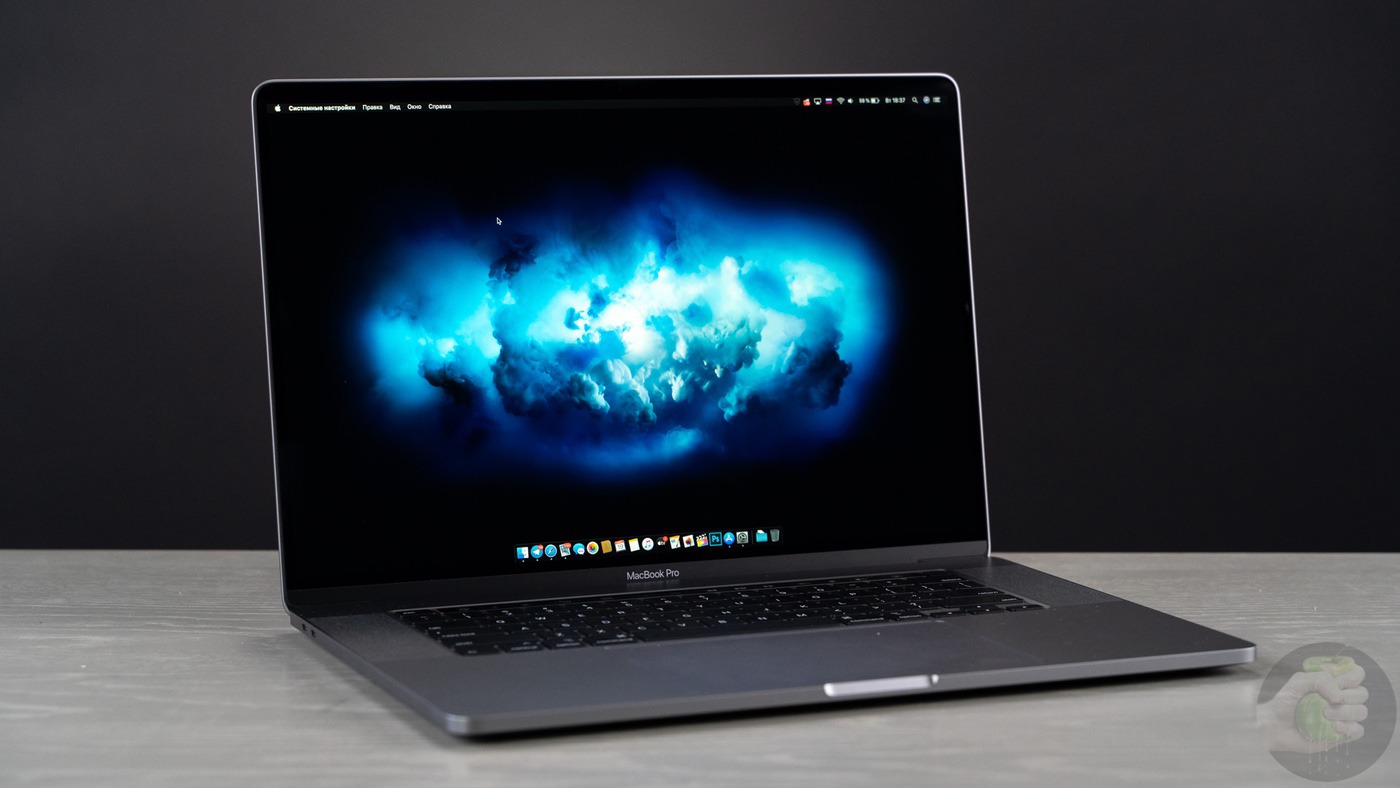 And if just like that? Do you want to do that? If for working with texts, typesetting and other simple operations like creating simple clips, then the basic version of the MacBook Pro 16 will be enough. At least, now you can safely move from the “firmware” of the old generations to the new one, without fear of surprises with the keyboard. But the speed of work and size will deliver a lot of pleasant emotions.

Based on the results of a quick but pleasant acquaintance with the new MacBook Pro 16, I’ll say that if you were waiting for the perfect Apple laptop, then you got it. A chic screen, an excellent keyboard, impressive autonomy, excellent speakers and macOS in addition. It remains now to wait for the same wonderful 13-inch MacBook Pro.

In late August, Xiaomi announced a new smartphone Redmi Note 4 in a metal housing. The Chinese manufacturer has described the model as “the flagship of a thousand yuan”. In Russia, where started the official sales of the device, the slogan, as it turns out, is not very relevant. Redmi Note 4 has appeared on […]

iMac Pro is impressive — the review of novelties of Apple

the iMac Pro will go on sale December 14, 2017 and will cost in excess of $ 4990. Apple has given a few candy bars for review, and experts were delighted. Cult of Mac shared the reviews. The first practical reviews confirm that the iMac Pro is a very fast and high-performance monoblock. This is […]