Retail chain M. Video” and re:Store began to purchase Apple’s smartphone directly from the manufacturer. Retailers, therefore, with the decline of the mobile phone market to the level of the crisis year 2009, we hope to increase iPhone sales. For wholesale distributors of iPhone, this may result in the loss of a significant part of the business. 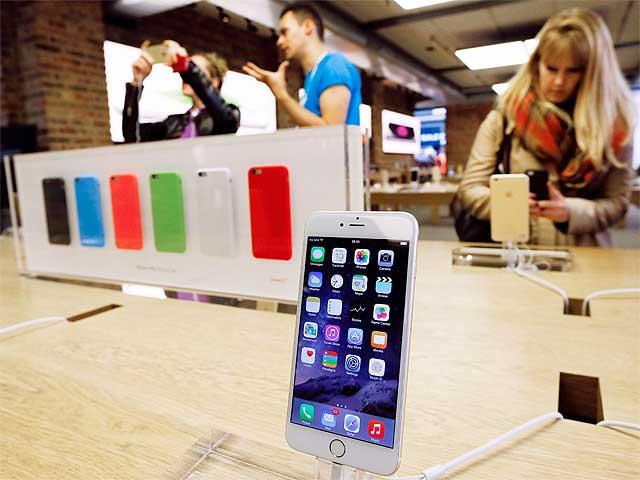 “M. Video” and the Russian representative office of Apple signed a contract for direct supplies of the iPhone since June 1, according to Kommersant. The agreement will make it possible to obtain the device during the launch, bypassing local distributors, and more clearly regulate the volume of purchases on the basis of demand, he explained. The contract for direct procurement of iPhone since the 1st of June and signed retail network re:Store, said the head of the press service of Inventive Retail Group. According to her, the negotiations were about a year. “The contract means a significant improvement in the availability of the devices. Previously, the network re:Store periodically faced with shortages of the iPhone,” said Lyudmila Semushin. The company will also be able to increase sales by increasing volume and profitability by optimizing logistics, she added. An Apple representative declined to comment.

“M. Video” and re:Store 2013 directly purchased from Apple all the equipment except for the iPhone: Mac computers, iPads and iPods. Purchase Apple’s smartphone since October 2013 was conducted from wholesale distributors Merlion and diHouse (together with Inventive Retail Group is a group of “LANIT”). Direct contracts for iPhone is also from a mobile operator “Beeline” and “MegaFon” and retailer “Svyaznoy”.

In 2014 in Russia sold 2.7 million iPhone 67 billion rubles On the background of excessive demand in December and prices to increase sales growth by 2013 in units amounted to more than 60% in the money over 80%, estimated “the Messenger”. And in winter, sales of the iPhone fell, told the retailers. In the first quarter of 2015 iPhone 6 sold is 75% less than in the fourth quarter. During this period, the mobile phone market in quantity has been reduced by half, and the money — 60% less revenue was only in the crisis year of 2009, IDC noted. As a result, the share of Apple in the first quarter of 2015 compared to the same period last year decreased by 3 percentage points and amounted to 8%, and in money terms remained unchanged (28%). The strengthening of the ruble, the revival of the credit market, the possibility of deferred payment positive impact on sales of premium smartphones, says IDC senior analyst Natalia Vinogradova.

Having a direct contract for the iPhone, the retailer buys the device for 3-4% cheaper this extra gap for regulating the price of the smartphone in the case of dumping on the market, according to leading analyst Mobile Research Group Eldar Murtazin. But retailers, with the recommendation of the pictures from Apple, it will be difficult to control the ultimate cost of the iPhone, because they now risk falling under the sanctions, the analyst said.

The Chinese are renowned for their entrepreneurial spirit. Another proof of that edition exact replica of the iPhone 7 before the official presentation of the smartphone. Novelty is an Asian copy of the new flagship Apple devices on the Android operating system. In the fresh video “iPhone 7” is presented in all its glory. The […]