According to media reports, the iPhone sales SE are at the lowest level among all models of iPhone, while debuted last week’s 9.7 inch iPad Pro shows better results. 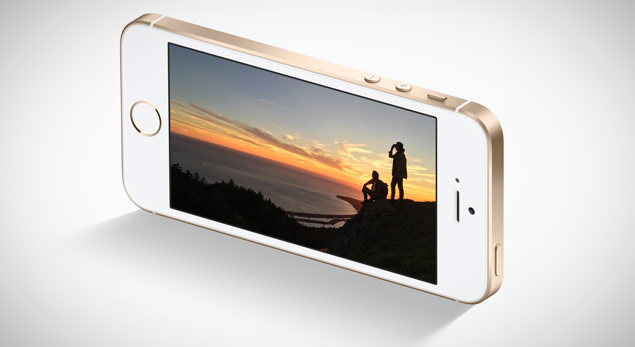 At the presentation of iPhone SE the company from Cupertino is said that there are a large number of users who prefer smartphones with small screens. According to research firm Localytics, over the weekend the new iPhone SE was the least popular iPhone model on the market.

Share iPhone SE since the beginning of the sales amounted to only 0.1% of all sold smartphones Apple. For comparison, the iPhone 4, the average is 2%, and the iPhone 4S to 4%. The result demonstrated for the first weekend was the lowest for the new iPhone in the history of the gadget. Prior to this, the lowest rate at 0.3 percent was on account of the iPhone 6 Plus and 6s Plus in 2014 and 2015 respectively. A great debut at the time, showed the iPhone 6, the share of which amounted to 2% for the first weekend. The result is iPhone 6s – 1%, iPhone 6% to 2%, the iPhone 5s is 0.9%. 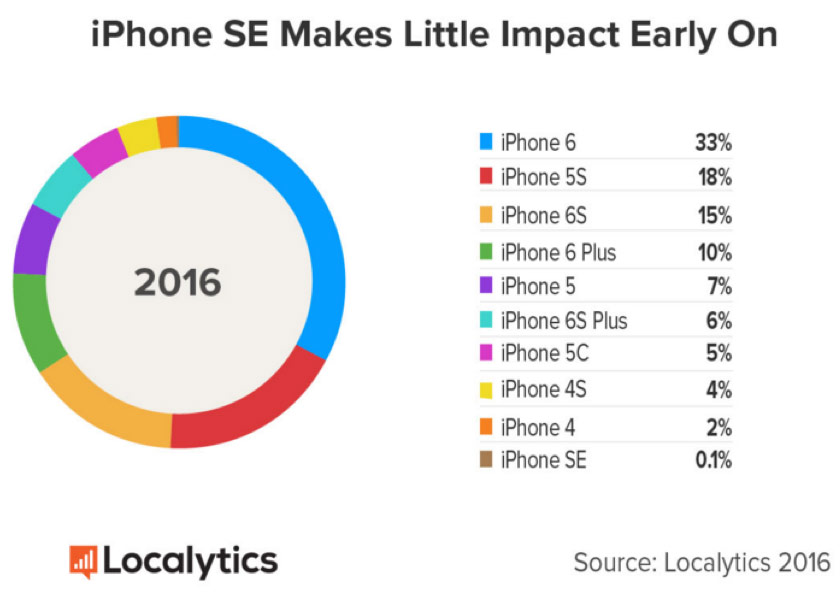 The reasons for the weak launch of the iPhone SE is still unclear. One of the main factors observers have called the release date of the smartphone: in this period, potential buyers in the U.S. use the devices with existing contracts.

At the same time, the 9.7-inch iPad Pro is showing good sales results. Gadget took a share of 0,4% of all iPads sold this weekend. The new tablet was 0.1% successful than his older brother — a 12.9-inch iPad Pro. Similar result of 0.4% recorded iPad Air 2 during its debut. 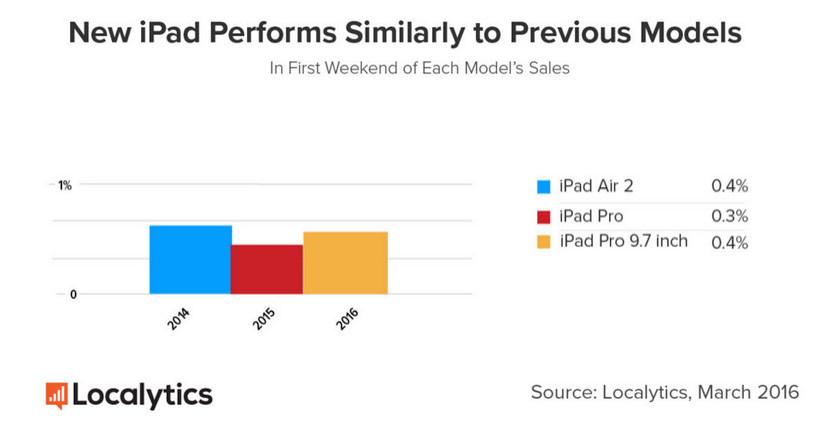 In the Localytics report took into account over 100 million iPhones and 50 million iPads sold in the period from 31 March to 3 April. In any case, too early to draw any conclusions, we should wait for the start of sales of new products in all markets.

Teens love iPhone more than ever before, the study

Analyst firm Piper Jaffray every six months, polls of U.S. residents to find out their consumer preferences. In the new report presents the results of research of preferences of the American tinajero (mean age 16.5 years). In the study, were interviewed 5,500 people, and found that Apple dominates in most “electronic” categories. During the survey […]

Apple has lost the trial on the suit against Samsung for patent infringement in the U.S. Supreme court. The court ruled in favor of the South Korean manufacturer. The U.S. Supreme court reversed the decision of the court of appeal, according to which Samsung was to pay Apple $399 million for the Read also:   […]

Not everyone loves the new iPhone. Some are old enough. Apple devices — with proper care — have been able to work for years. Image from macrumors.com IOS updates have a similar story. Many fundamentally do not install updates. For example, to avoid performance issues. Fresh firmware sometimes slows down irrelevant models. However, there are […]