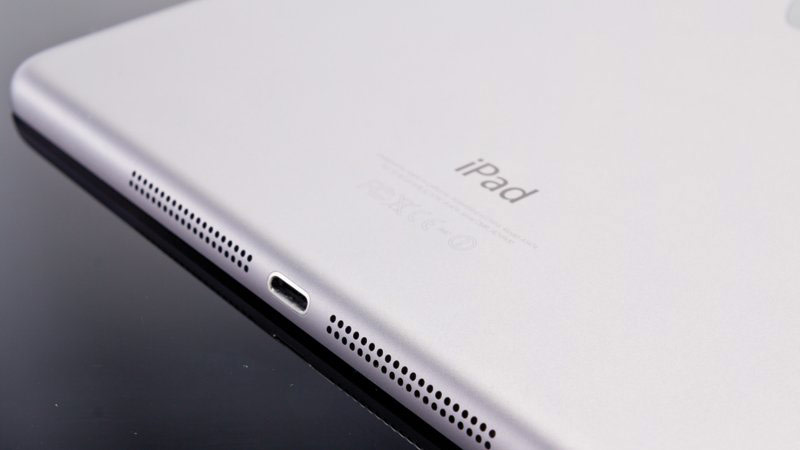 USB-C 12-inch MacBook allows you to charge the laptop from the adapter with a capacity of 29 Watts. As specialists have found out ArsTechnica, a similar opportunity and offers a Lightning connector in the iPad Pro. Using a cable that is present in the standard package of the tablet, you can charge the gadget only the standard USB 2.0 speed, so those who want to take advantage of high speed will need to buy a new cable with support for USB 3.0. But there is one small catch — these cables are not yet available.

In accordance with the specifications of the iPad Pro, the device can be charged from the source voltage of 14.5 volts and a current of 2 amperes, which is equivalent to 29 watts. In spite of this, a 12.9-inch tablet equipped with a 12-watt power adapter.

29-watt power supplies included in scope of delivery 12-inch MacBook with a Retina display, but the device is charged through the corresponding USB 3.0 cable with USB connector. Lightning cable the iPad Pro is limited to 12 watts and connector USB 2.0. For this reason, to date, there is no way to charge the tablet using the adapter at 29 watts.

According to informed sources, Apple prohibits the manufacture Lightning cables USB-C, which would provide the ability to charge and sync your iPad Pro with a 12-inch MacBook. It is argued that third-party cables Lightning USB c-C do not meet the requirements of the company.

Read also:   Safari in iOS 9 has learned to block unwanted Windows on websites 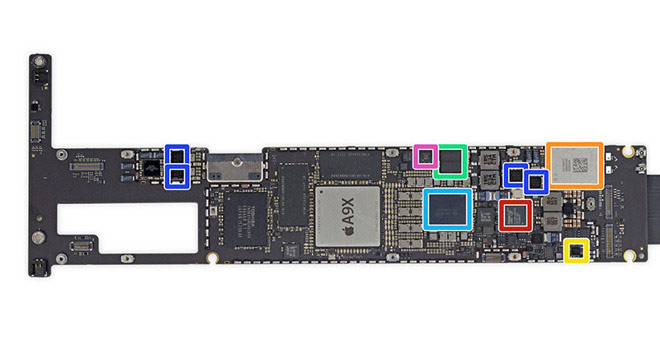 On the possibility of charging your iPad Pro more powerful power source indicates whether the controller Fresco Logic FL1100 4-port USB 3.0, which supports data transmission using the Lightning connector at a speed that corresponds to the USB 3.0 specification. Recall that the theoretical speed limit in this case is 5 Gbps, and USB 2.0 it is 480 Mbit/s.

The ability to fast charge iPad Pro is of interest to users, given the capacity of its battery. According to the results of the tests, complete the AC power adapter and Lightning cable allows to charge fully the 12.9-inch tablet for nearly 5 hours. Note that the battery capacity of the iPad Pro is comparable to that of the 12-inch MacBook (39,7 W∙h). For comparison, the iPad Pro battery has a capacity of 38,8 W∙h, iPad Air 2 — 27,6-watt-hour

Apple is positioning the iPad Pro as a device for users who are professionally engaged in design, processing of photos, video editing and other work. These people often actively using the tablet and charging from adapter at 29 watts would significantly save time.

Why Apple has not released a brand Lightning-to-USB 3.0 simultaneously with the release of the iPad Pro is unknown, but one can assume that this is a matter of time.

27-the summer inhabitant of Norway is obliged to report to the police the access to an iPhone locked via Touch ID, reports local resource Bergensavisen. The court held that the mobile lock with fingerprint, not protected by the Constitution, therefore the people shall, at the request of the police to grant access to your device. […]

iPhone 6 vs iPhone 2G: as for 8 years has changed the most popular smartphone in the world

This week marks 8 years since the release of the first iPhone. MacDigger offers to see how changed the best-selling smartphone in the world during this time. First iPhone, best remembered as the iPhone 2G, was presented in 2007 at MacWorld. He had an aluminum back panel and a small plastic cover in the bottom […]

For a few months, Apple has recruited several specialists in graphic accelerators from Imagination Technologies

In March of this year there were rumors about plans of Apple to buy Imagination Technologies, a British developer of graphics accelerators PowerVR used in the processors for the iPhone and iPad. Then, Apple denied it, although later other data again indicated the interest of Apple in buying your partner. Since that time, the transaction […]