19 Sep LeEco beginning of official sales of its products in Russia, with sales on sites Le.ru and LeMall.ru. According to the company, for 2 hours, it sold a total of 21 600 smartphones, Le 2 and Le Max2, with the first 10,000 phones were sold in less than 8 minutes. 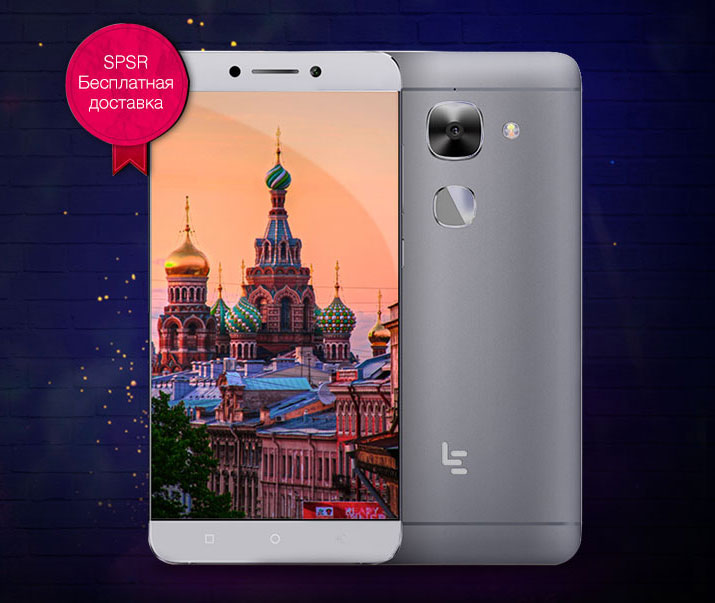 On the same day, LeEco has signed a contract to supply a large batch of smartphones with one of the largest Russian distributors of electronics — ELKO. Total sales of Chinese brand smartphones for September 19 in a total of 121 000, which is unprecedented for the Russian market.

Action Flash Sale started on the 19th of September, exactly at 20:00 Moscow time. In order to have time to buy a smartphone at a discount of 5 000 rubles, tens of thousands of people have registered on the sites Le.ru, LeMall.ru and Aliexpress.ru and waited for the moment of start of sales. In the end the whole party at 21 600 devices were sold out in 2 hours.

According to the President of LeEco Russia and Eastern Europe Victor Xu, the technology of lightning sales (Flash Sale), already popular abroad, which has all chances to become popular in Russia. – “I am glad to record the success of the first day of the official sales of smartphones in Russia LeEco. We are encouraged by the potential of the Russian market. And we are pleased that our smart phones are available in Russia legally and with the proper warranty service,” said the head of the LeRee. 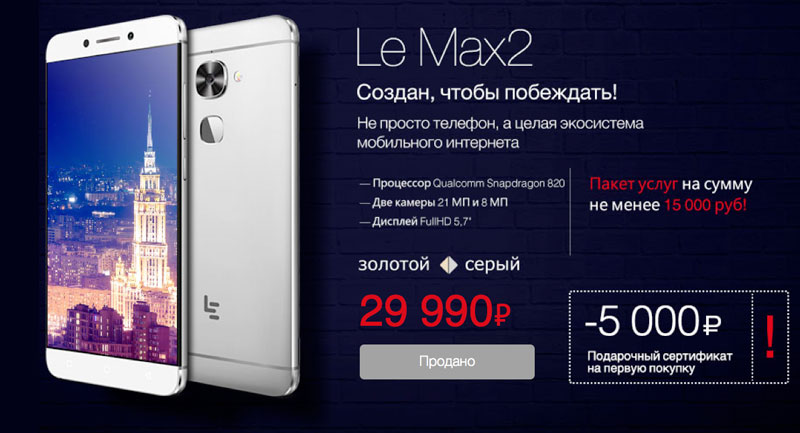 The low-end smartphone LeEco Le 2, according to the company, represents a balance of performance and essential features at a reasonable price. On Board the device are 3 GB RAM and internal memory of 32 GB, the phone supports simultaneous work two SIM-cards. Resolution main and front camera is 16 MP and 8 MP respectively. The main camera allows you to shoot 4K video, panoramic photos and 360 degree slow-motion video. In addition, there are the functions of stabilization and image enhancement, dual-LED flash and 10-adaptive filters.

MegaFon is the leader in voice quality and speed of mobile Internet in St. Petersburg

MegaFon is the leader in St. Petersburg for a number of indicators and is ahead of competitors not only on voice quality and best coverage of the 3G network, but at the maximum speed of data transmission in networks of the third and fourth generation. Such data are cited in their study, the information-analytical Agency […]

Sberbank buys Apple 3 thousand iPads to their employees to enhance mobility customer service. According to Tadviser, the purchase was announced February 2, 2017. Supply almost 3,000 tablets Apple worth 96 million rubles will be part of the procurement from a single supplier, which is the “O-si-es Center” (OCS). Customers need the two tablet models […]