This fall Apple will introduce a new flagship iPhone 7. How successful will the “Apple” smartphone of the new generation? A number of experts believe that investors of a California Corporation should not rely on sales growth. According to reputable KGI Securities analyst Ming-Chi Kuo, shipments of the iPhone in 2016, may be lower than two years earlier. 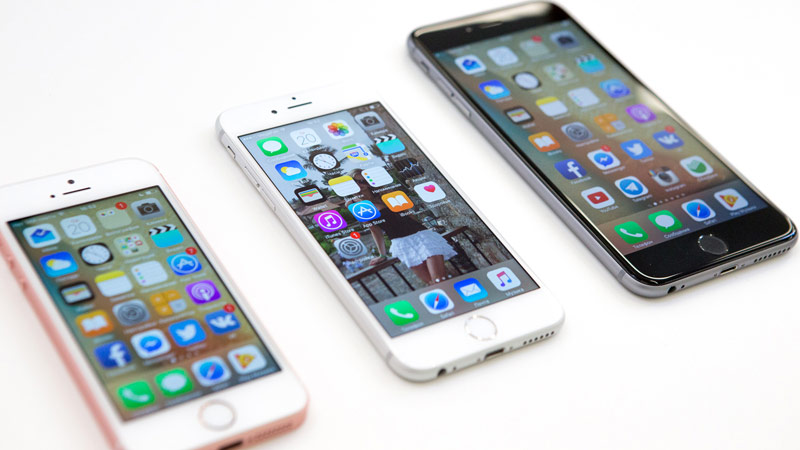 Analysts believe that in 2016, smartphone shipments Apple will reach 190 million units. This is even lower than in 2014, when the company sold 193 million iPhones. In the most optimistic scenario, the manufacturer sells 205 million smartphones, predicts Kuo. It is, however, less expectations of other experts who look up to 210-230 million sold iPhone.

Ming-Chi Kuo believes that despite the launch of the iPhone and SE expected in September 2016 the iPhone 7 and iPhone 7 Plus Apple will not be able to increase sales of smartphones. This is due to three reasons. First, China is experiencing a drop in sales of smart phones along with the declining purchasing power. And because China is the largest mobile market in the world. Secondly, iPhone SE due to the compact screen will have no impact on the industry, while Apple sells about 12 to 18 million units. Third, the analyst believes that the iPhone 7 will boast of innovative features that could attract consumers. Kuo is sure that to attract new customers Apple should offer a model in a completely new form factor.

According to the forecast of KGI that the iPhone maker will become the sole supplier of smartphones from major five, which detects the decreasing supply on an annual basis. This means that Apple will fall short of the whole market, which before never happened.

To rise after the recession of 2016 Apple will be able in 2017, says the analyst. The main hope Apple will be “iPhone 8”, which will have an OLED display, glass body, wireless charging support and a number of other innovations. Also interested buyers can and a new 5.8-inch model of iPhone with a display that wrapped around the body.

It is worth noting that in August last year, Ming-Chi Kuo made a similar forecast, stating that the lack of innovation in iPhone 6s will not allow Apple to increase sales of smartphones in 2015. However, in the fourth quarter of last year, as we know, the “Apple” flagship has set a sales record.

Apple will improve the system auto-correction in iOS 10

Apple intends to improve the system auto-correction in iOS 10, to reduce the number of typos due to AutoCorrect, reports PhoneArena. As notes the edition, the operating system will be replaced by the words underline in blue. Apple sure has created the world’s best mobile software platform. Unfortunately, the user has the feeling disappears as […]

Online cinema “Amediateka” has released an app for Apple TV the fourth generation. On the eve of the official client for set top boxes presented popular video service ivi.ru. Operating system tvOS allows a completely new way to interact with a TV that will be as a personal device, like an iPhone or iPad, told […]