Virtual keyboards for iOS devices have already been created so that the choice of any one of them in the App Store can become a very difficult task. Therefore, the appearance of the next alternative is unlikely to attract the attention of the audience, unless it is developed by the company Microsoft. 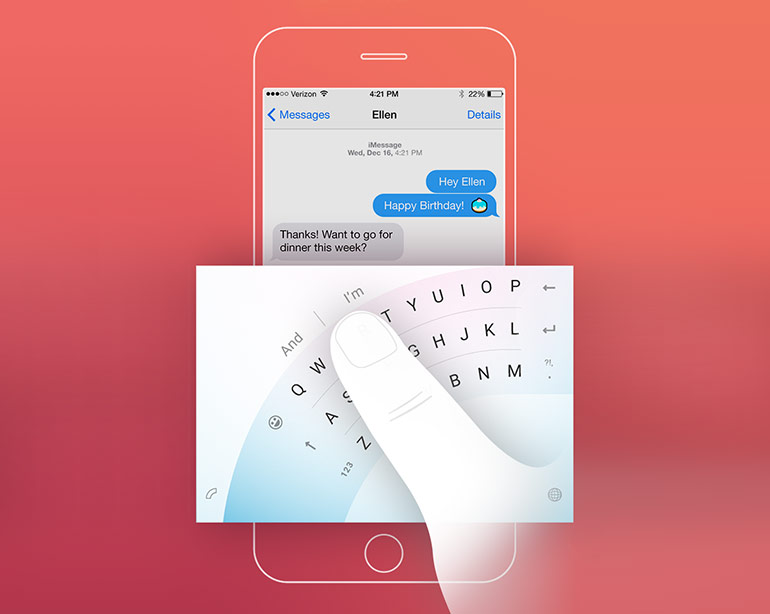 Previously, Microsoft sent out to participants of the program Windows Insider letter with a proposal to test the Word Flow keyboard on iOS before its public offering. The first app users found a particular mode with one hand. This feature moves the keyboard to the right corner of the screen so that the user could reach all the letters with one finger.

“At the time, as your keyboard has a Windows 10 Mobile is the mode control with one hand, the iOS version works differently. This mode works with either side, enabling you to use to enter letters on the right or left hand. Keyboard in Windows 10 Mobile just moves to one side, while on iOS the letters are arranged like a fan,” writes The Verge.

While Microsoft has not indicated when it is Word Flow, is known to users of smartphone Windows Phone 8.1, will be available on the Apple platform. The company clearly described the system requirements of Word Flow — to experience it on iOS, you must have an iPhone 5s or later model. An application to test the virtual keyboard are taken on the company’s website.

A year ago, Word Flow became famous for the fact that with its help set a world record for speed typing on the touch screen. Then the winner of the competition Gaurav Sharma could score on the smartphone Nokia Lumia 520 the message length of 140 characters at a 18,44 seconds.

iPhone SE “obsolete technology” is not impressed the head of LG

This week Apple announced the 4-inch iPhone SE, which apparently is an exact copy of iPhone 5s, but with the hardware of the iPhone 6s. It looks like the company has decided to pay attention to those who do not seek to buy the latest flagships and are looking for more affordable solutions. “Apple” new […]

In the Network appeared renderings, where designers presented their vision of the appearance of the next flagship, the iPhone 8. New work has shown, the Hungarian artist gábor Balogh, who thought not only form factor, but also the functional characteristics of the future smartphone Apple. According to Balogh, the new “Apple” device will receive a […]