Company Japan display presented a display for smartphones, consisting of two panels that can be folded like a book or photo album. The first ready device equipped with such a screen, will be released next year. Developed by JDI screen boasts ultra-thin frame, the width of which does not exceed 1 mm. In this proposed Japanese technology allows to combine up to three panels with a distance of about 2 mm between them. And the panel itself looks like it could be removable.

The display panel can be synchronized with each other, turning into one big screen, or show different images, which makes them ideal for multitasking, allowing, for example, simultaneously watch a movie and websites on the Internet.

No specs were not disclosed. In the development of appropriate smartphone JDI has partnered with a large manufacturer, whose products presented on the world market. But the Nikkei did not name any specific names. 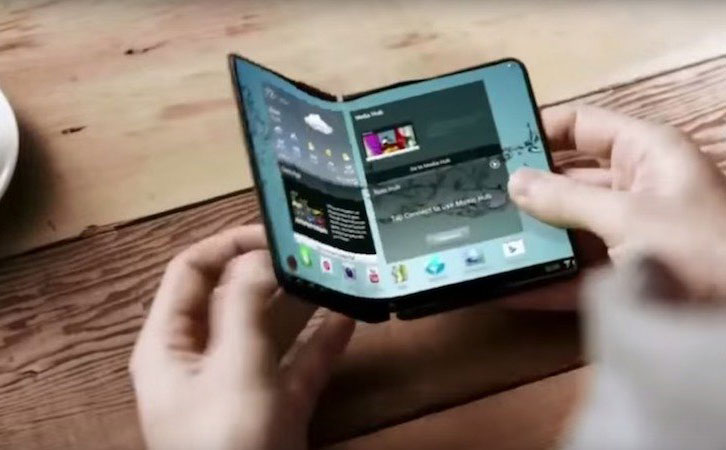 The manufacturer reports that the first phones with such screens make their debut on the market in mid-2017. Who was a partner? in Japan Display declined to say, noting that it was “the world’s largest smartphone manufacturer”.

Why 3D Touch is much better than anything Android can offer

The 3D Touch technology is the main innovation of the iPhone 6s. Previously inaccessible ways of expanding possibilities of interaction with the device, open a new change with iPhone. Application developers can propose new scenarios for using 3D Touch. In addition to such familiar gestures like touch, swipe, and pinch, 3D Touch allows you to […]

Users look forward to the anniversary of the presentation of the iPhone in autumn this year, but few people are tempted by the hypothetical price tag of new items. Many rumors trying to convince that iPhone 8 OLED display would cost over $1000. UBS analysts believe that Apple will not set such a high price […]

How to protect your smartphone from eavesdropping and surveillance? Tips hackers and security experts

The state Duma approved an amendment that obliges mobile operators within three years to store information about callers, their calls, transmitted messages and images. Given the recent scandal over the hacking of accounts Telegram from several activists, all the more urgent becomes the question of how to maintain the confidentiality of their communication. Resource the […]