The jailbreak community in the CIS continues to evolve, and today we want to draw your attention to this project, as JailCake. JailCake focused on original content and has its own repository — cydia.jailcake.net — in which there are already about 500 packages, over 400 of whom were Russified tweaks. Due to the Russification of the packages in this repository you no longer have to consider the function of that option in the settings, and scholars of the English language will receive more pleasing to the eye native language in the system settings. 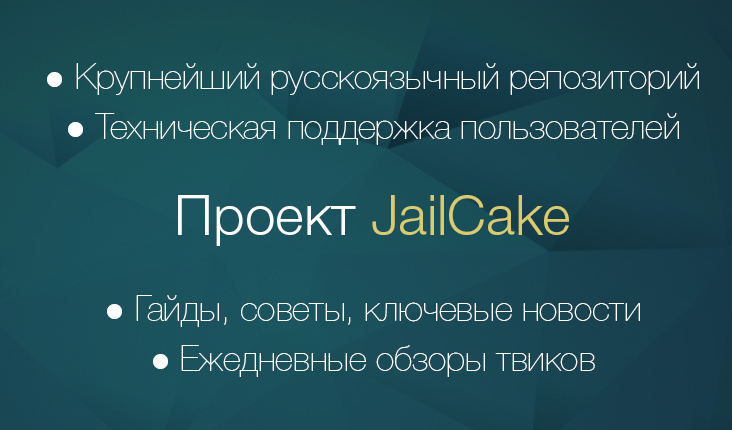 The project was founded by enthusiasts just over a year ago, and during that time their child is rightly ranked as one of the most popular jailbreak-projects, in which you can ask any questions on the subject of jailbreaking, and always be aware of important news.

All this you will learn in time, in a beautiful and competent supply in the community project vk.com/tweaks_ios7. JailCake also guarantees daily review of the Cydia tweaks that include a detailed description of the functionality and purpose of the tweak, screenshot, and a notification that the tweak is available in Russian in the repository of the project. All this in a corporate graphic design, which is easy and convenient to read. 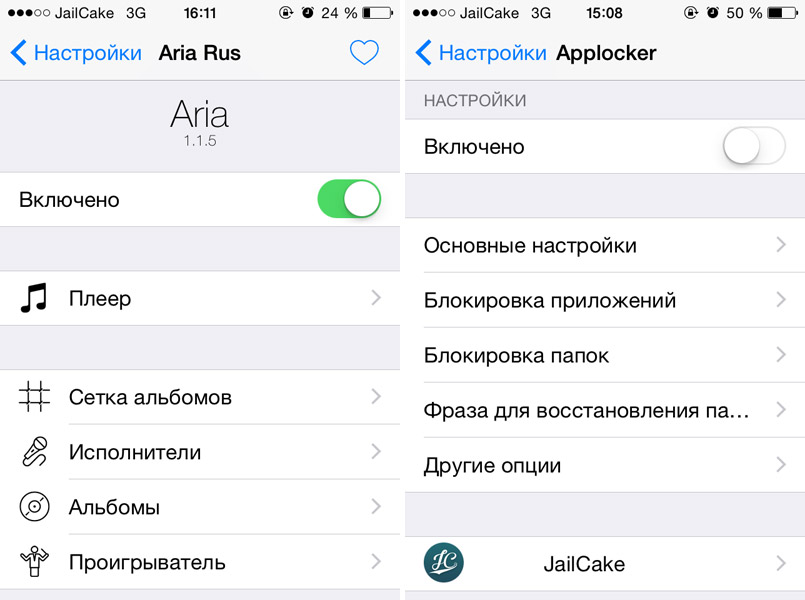 The content of the project also includes a really interesting guides on various issues of iOS and jailbreaking. They, in turn, are diluted with non-permanent but pleasant topics, like colorful collection of Wallpapers or the “Night of the Survey,” during which you can discuss with other readers exciting topics related to the world of Apple.

Read also:   How to check iPhone jailbreak for viruses and malware 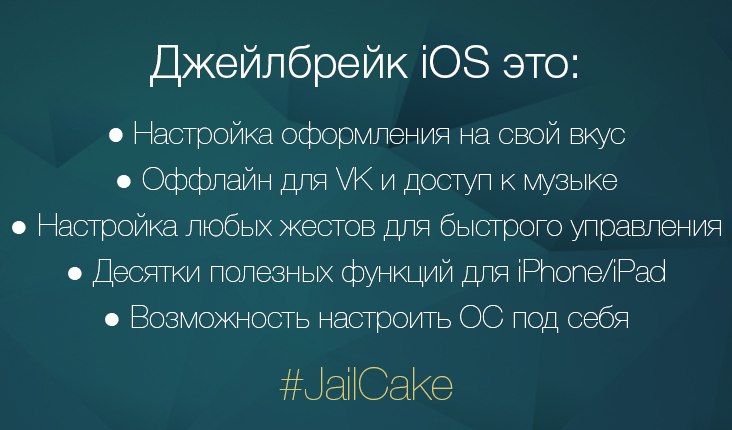 JailCake has big ambitions and aims to create a real Russian jailbreak community. The authors are convinced that the jailbreak though is gaining popularity, but is still heavily underrated because most users simply don’t know its capabilities or do not know how to use it. Cydia has many talented developers, new releases appear every day, and in addition to the popular tweaks like AppSync, VK Offline, SwipeSelection, Activator or Winterboard, where every day there is a lot of useful experience. It is about them every day tells in his community JailCake, not forgetting to add to the repository Russified versions of new products. 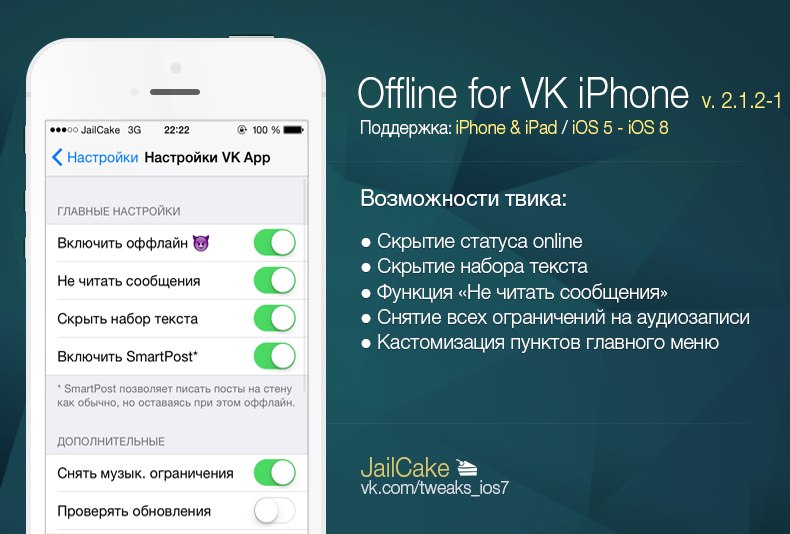 “Hacking iOS initially not created for the sake of piracy, and even though it will allow You to download games and apps, not to forget about important purpose of this tool. Jailbreak brings a really useful feature and allows you to configure the device individually for each person. You don’t like the lack of switches 3G/LTE in Control? Want to change the design of some elements of the system or to improve the management of gestures? Welcome to the world of the jailbreak community. Community we want to establish with each of You. JailCake only for this goal, but now we are ready to give shelter associates. Us is becoming more every day”.

The address of the repository: cydia.jailcake.net
Community project VK: vk.com/tweaks_ios7

This week Apple introduced iOS 10.2 is a major update of the operating system for iPhone, iPad and iPod touch. According to the company, this release will allow devices to become even smarter, gives them new opportunities and provide greater comfort. Among the changes in iOS 10.2 users found three new background images. The company […]

In anticipation of the launch of the iPhone 7, which will replace the existing model of the iPhone 6s, Apple has attracted a new collector for the Read also:   Russian mobile operators announced about the readiness to withstand a load of Pokemon Go

Last summer, Apple acquired the rights to CBS’s popular show James Corden Carpool Karaoke, where participants ride on car with comedian and singing popular songs. It was expected that the company will launch a remake of the transfer Apple Music this month. But, apparently, the Prime Minister decided to postpone. According to Reuters, Carpool Karaoke: […]