The developers team Pangu Team, as promised, has released a jailbreak for the Apple TV set-top box of the fourth generation. This is the official Twitter account of Chinese hackers. 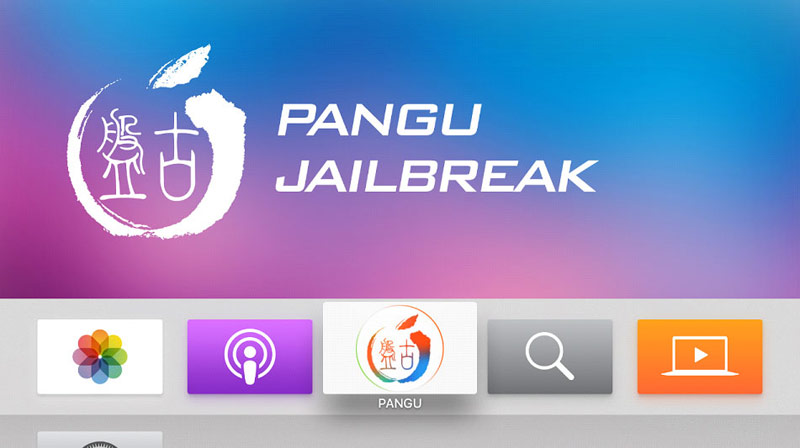 “We just released a jailbreak for Apple TV 4. Check it out on pangu.io. In its current form, the jailbreak opens up access Apple TV via SSH”, – wrote the hackers. Pangu said that the new exploit supports only the operating system tvOS 9.0 and 9.0.1.

Using Pangu for Apple TV, you can directly get access Apple TV via SSH for the file system. We are not talking about downloading or installing Cydia tweaks. This is only the first step towards the development of platform independent software. 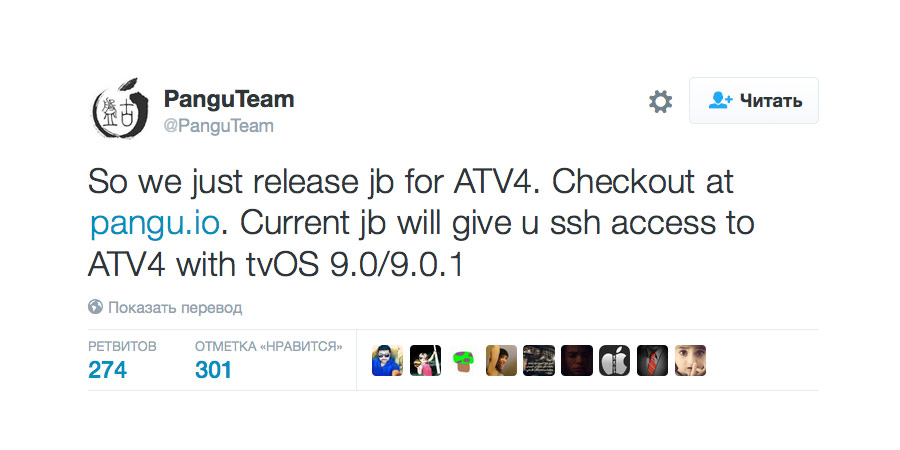 Unfortunately, at the moment, Pangu for Apple TV works with very early firmware tvOS. TvOS version 9.0 and 9.0.1 came out last fall. In late December, Apple released an update tvOS 9.1 in January – tvOS version 9.1.1, and this week – tvOS 9.2. And none of these versions are not compatible with the specified jailbreak.

As noted by Pangu, this is an early variant of exploit, intended for developers and experts of IT security. 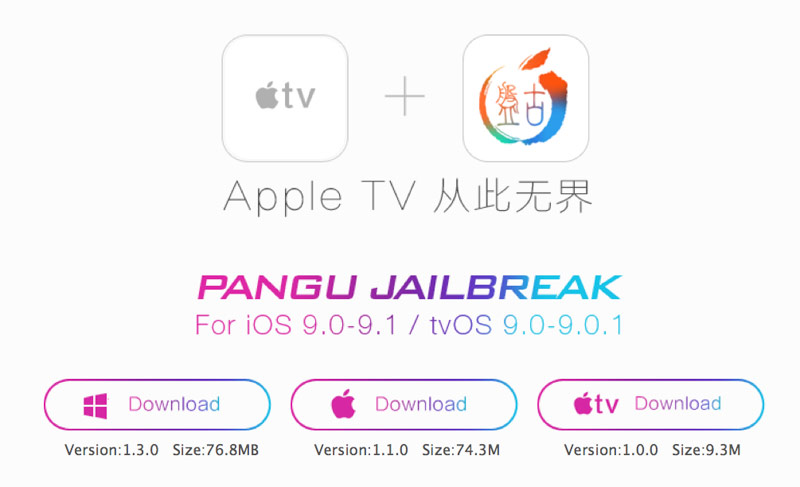 Earlier in March, the development team has released a jailbreak for iOS 9.1. Pangu version 1.3 runs on Windows and Mac platforms and allows you to crack any 64-bit models of Apple devices. Unfortunately, it is not about the new version of the OS, so for many users this exploit is not relevant. Learn more about iOS 9.1 jailbreak for iPhone and iPad here.

Apple introduced new recommendations for application developers involved with cryptocurrencies. According to the Corporation, it will help to speed up the approval process and getting apps in the App Store. “Regardless of whether you are a new developer or an experienced team of programmers we are glad that you are creating apps for the App […]