Jailbreak smartphones, tablets and other electronic devices, including smart TV is recognized as legitimate. About this he wrote on Twitter the Creator of the jailbreak store Cydia Jay Freeman. 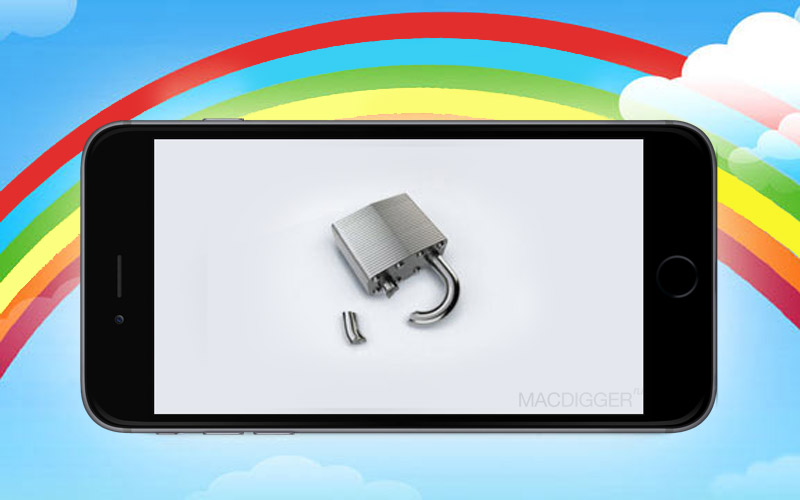 Antiobesity changes in the law, which among other things legalized the jailbreaking of mobile devices, including iPhone and iPad for the user to install any software, will come into effect this week. Similarly, it was legalized and the elimination of binding iPhone to the service provider (the unlock).

Freeman took an active part in the legalization of jailbreaking. Thanks to his calls users have collected the necessary number of signatures under the appeal to the Copyright Office with the request to prolong action of the law, which acted in the last five years. If the law wasn’t renewed, the jailbreak again would become a semi-legal operation, which would enable hardware manufacturers to apply any sanctions against the hackers, until their trial.

The library of Congress is reviewing the relevance of the directives anticopying law (Digital Millennium Copyright Act (DMCA)) every three years, in accordance with the trends of the time. The DMCA was created to protect copyright in the Internet age and digital technology, which has facilitated the reproduction and distribution of information. Another package of amendments, among other changes, have legalized the practice of hacking smartphones, tablets, wearable devices and “smart” TVs. 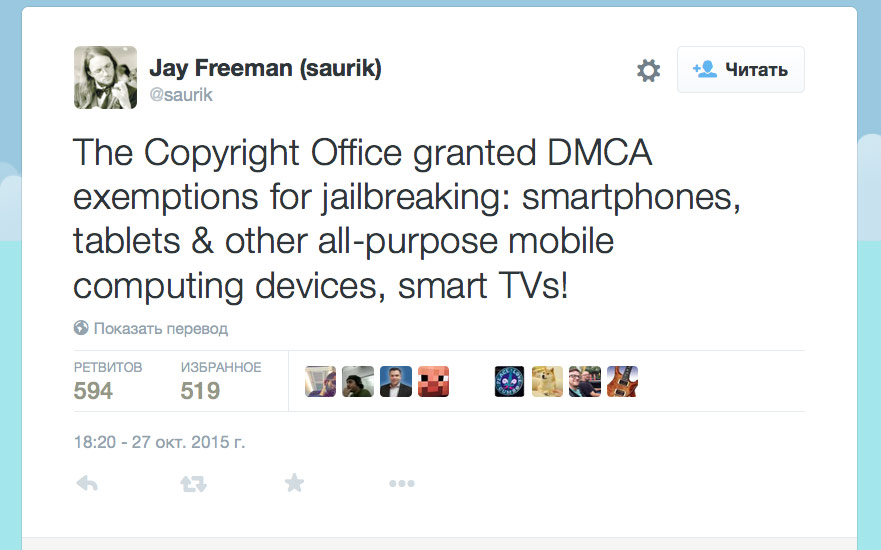 Thanks to indulgences, iPhone and iPad owners can legally perform the procedure is called jailbreak (literally “prison break”). It allows you to access the smartphone file system and install applications obtained from sources other than official online store App Store. Similarly legalized and the elimination of binding to a mobile operator (Unlock).

Hacking game consoles is still not legal. In 2011 this led to the fact that the Japanese a few months Sony sued hacker George “Geohot” Hotz, who discovered the vulnerability in the PlayStation 3 and posted the instructions on how to jailbreak this system. In the end the company abandoned the prosecution of hacker, by withdrawing his lawsuit, in exchange for promises that the latter will not develop third-party hacks for the console.

If the law on the jailbreaking of mobile devices was not renewed, the fate was waiting for Hotz and other hackers, publishing in the Network of tools for hacking the iPhone and iPad. Jailbreak as before only violates the terms of warranty provided by Apple, but some five years ago, anyone who has hacked iOS device, automatically became a criminal.

Three days after the release of iOS 10 beta 5 Apple has released the sixth beta of the upcoming update. The test Assembly was made available on iPhone, iPod touch, and iPad. The update can be downloaded directly to your mobile device from the section General –> software Update. At this stage it is not […]

Poll: why didn’t you buy AirPods, despite the positive reviews online?

This week Apple CEO Tim cook spoke about the runaway success of wireless headphones AirPods, although sales figures did not name. The start of sales of the device for technical reasons was postponed several times, but on 13 December the company started official sales. The cost of new items in Russia is 13 000 rubles, […]

Presidential candidate Hillary Clinton called a “terrible dilemma” dispute between the FBI and by Apple about the possibility of hacking iPhone and called to find a way to stop terrorist activities without intruding in your personal space. Clinton chose not to go into details and advised IT professionals to think about this. “There must be […]