Tuesday in Russia started selling the iPhone SE — the new smartphone Apple, the cost of which is much closer to the Russian reality than any other phone company. In this regard, we expect an increased interest on the part of users. 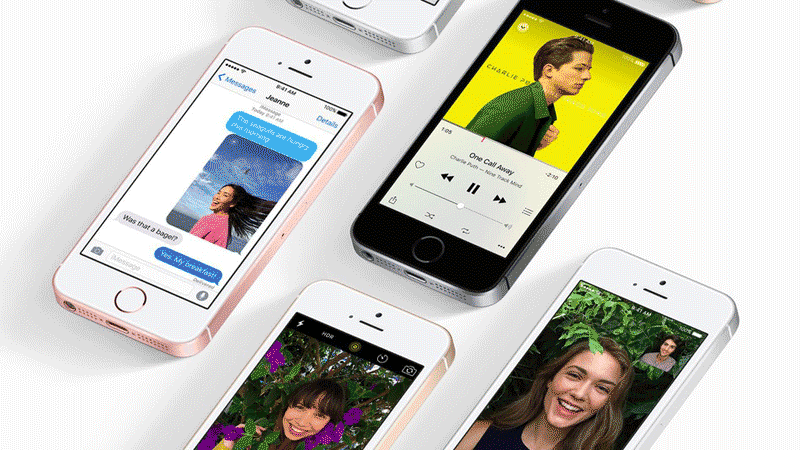 In Russia the cost of the device with 16 GB of memory is 37 990 rubles, the model with the storage volume of 64 GB will cost 47 990 rubles. Delfi offered a detailed analysis of all the pros and cons of the new “Apple” gadget.

5 design features of iPhone SE that are a plus

Form factor is probably one of the biggest advantages of the iPhone SE. Four inch display is loved by many — just last year, Apple sold 30 million iPhone 5s! This smartphone fits in skinny jeans pocket, don’t take up much space in your purse and fits better in small hands.

Apple has made the size of the device is equal to iPhone 5/5s, so the respective covers fit Great news for those who will be buying the new product as a substitute “five”.

The color “rose gold” so far was available only to large buyers of Apple smartphones. Now he is at a distance of the entered pin code against a credit card — for all.

Glued the metal logo to look and feel much more pleasant, than stamped a “bull’s eye” in the cover iPhone 5/5s. A trifle, but very nice! In the end, love Apple for their attention to such trifles.

Cut corners on the “faces” of the iPhone SE, according to those who saw and touched, very pleasant to the touch. The new model is just nicer to hold than the iPhone 5s.

The lack of the “hump” from the camera on the back will please those who are disgusted by their presence in top models. To pay for it a little thicker than required to accommodate all the iron fillings, the body, but personally we are ready for such exchange.

Read also:   Chapter Fitbit: we do not feel competition from the Apple Watch 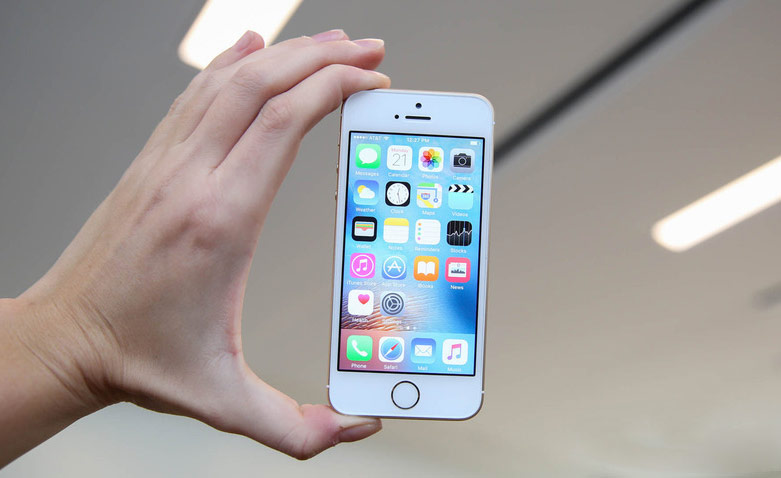 5 benefits of a rich inner world of iPhone SE

A9 — the new processor of the iPhone 6s, the most expensive and fastest devices of the company. And it serves as the “heart” of iPhone available SE. Used in the iPhone 5s A7 chip, which is much slower than the A9.

The M9 coprocessor, responsible for the collection and processing of movements will ensure compatibility with many modern applications for iOS. He is also responsible for voice assistant Siri “always on”.

2 GB RAM — still less than 4 GB in the flagship smartphones, but much better than 1 GB in the old “five”. Not to see the difference in performance only because of this (especially in browsers on “heavy” pages) is not possible.

iPhone SE supports 802.11 ac and all the latest 4G and Bluetooth 4.2. For mere mortals it doesn’t matter, but enthusiasts should be happy.

In iPhone SE more capacious battery and improved management of the appetites of the device. Apple promises 13 hours of video playback or 13 hours of fermentation on the Internet via LTE and Wi-Fi. For comparison, the iPhone 6s, these look like figures 11 and 10 hours. New “kid” Apple wins due to the use of the smaller size. 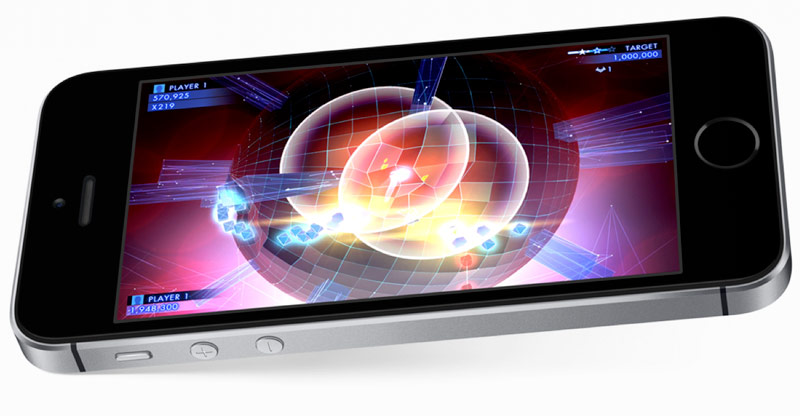 5 bonuses iPhone SE for those who value camera

IPhone 5s — 8-megapixel camera, and iPhone SE — 12 MP, exactly the same as in the iPhone 6s. It is difficult to say whether it is the best on the market at the moment (leadership challenges Samsung Galaxy S7), but the fact that it is much better than what was in the “five” is an indisputable fact.

Read also:   The number of Tele2 subscribers in Moscow reached 2 million in less than six months after launch

In iPhone SE you can view and do Live Photos — as if you’re holding older models of the company. Even the owners of iPhone 6 will be terribly jealous “sifco sound”!

Retina Flash, which uses display iPhone as a flash when you make a selfie. However, a good selfie on the front camera of your iPhone to make a SE will not work — and here we smoothly move to the disadvantages. 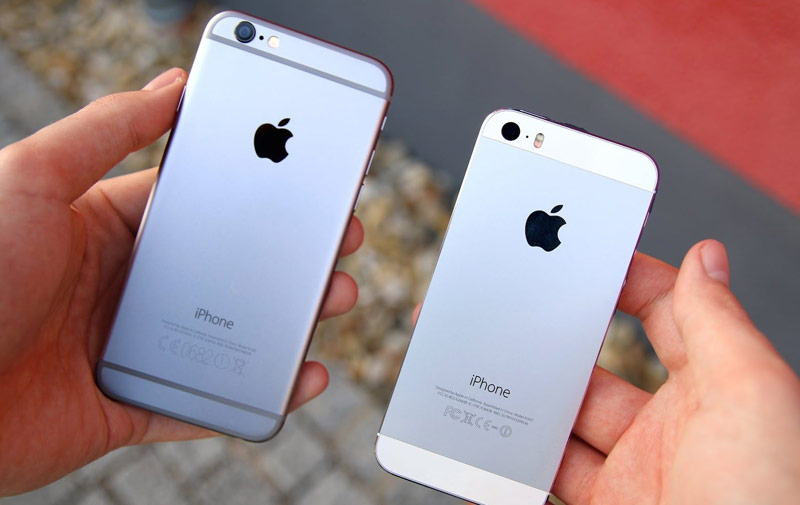 5 shortcomings of the iPhone SE, is able to dissuade you from buying

1.2 MP front camera — exactly the same as in the iPhone 5s. This is one of two key disadvantages of a novelty, because most of the camera in her modern! But the reason it happened, prosaic — the entire front panel of the unit, including camera, just taken from iPhone 5s, to the extent that the repair they are interchangeable. And because the camera was old.

And from this follows the second key flaw — the screen in their characteristics identical to the display iPhone 5s, invented already in 2013. The same resolution (1136 x 640 pixels), the same matrix (IPS), the same level of contrast (800:1).

Touch ID the first generation will do “razlozhenie” devices are not as fast as accustomed users of the new iPhone 6s. Well, sometimes you have to suffer, choosing a more affordable device, right?

Read also:   IDC: shipments of Apple Watch in the second quarter fell by 56.7% on the back of sales growth of the wearable device 26.1%

SE in iPhone also there is no 3D Touch features that debuted in the iPhone 6s. No for the same reason as in the case of contrast — screen technology here from an iPhone 5s!

Small by today’s standards, the screen will not appeal to those who will switch to iPhone SE with bigger iPhone 6 or a competing Android. 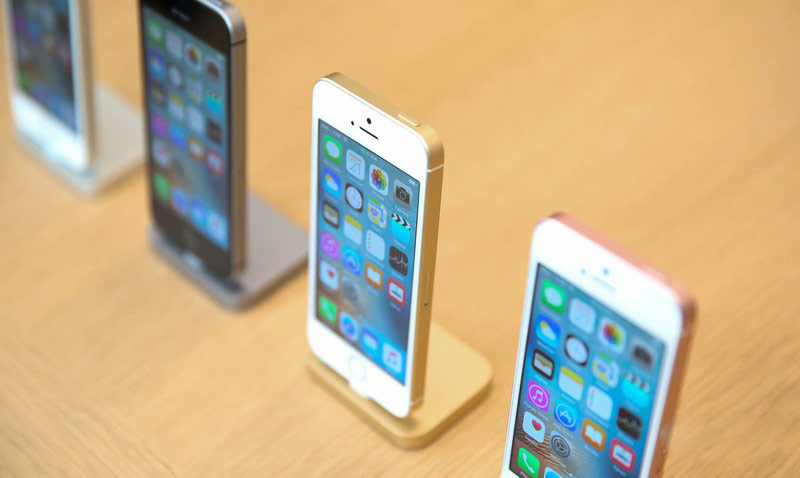 So take it or not?

IPhone SE buyers will get an “iron” power of the iPhone 6s and its the main camera in the shell of the iPhone 5s. That’s hardly the same as “freedom and justice”, rather, new three meters of barbed wire received by Apple ticiane maximum new features in a classic body and nahabedian on top of outdated display.

No, really, buying a new smartphone in the iPhone 5 in 2016 somehow… depressing? On the other hand, if you love four-inch format, like Apple and low on money or just don’t want to pay 50 000 roubles for a smartphone, then you have no choice.

Only, for God’s sake, don’t take the model with 16 GB of free space — no memory cards in the iPhone SE, of course not. We insist on the fact that 16 GB should burn in hell and about the same we wish greedy marketers Apple after it became known that the purchase price of the 16 GB and 64 GB of memory is different for… 10 dollars.

A devoted Apple fan — 15-year-old Sam Henry, was able to collect all existing videos, though somehow related to the legendary company. It is reported resource Motherboard. From an early age, the teenager was interested in everything that showed the screens, Steve jobs, and started collecting videos with the participation of Apple. For several years, […]

In light of the revelations of Edward Snowden, Silent Circle, specializing in data security, has released a smartphone, the most secure from intelligence services and hackers looking illegally obtain personal information. The device is called Blackphone. As it turned out, security is not a priority among the fans of Android devices, because smartphone sales were […]

Chrome for Android have learned to block ads

In the latest test build of Chrome for Android appeared a blocker. Block the browser will only hype. If testing is successful, the blocker can be expected in the stable version of the app for all users. To enable just go to “site Settings” and select “Advertising”. Install Chrome Canary right now and to cut […]