“Kaspersky lab” has released a memo to owners iPhone. The company’s experts said that Apple’s smartphones “not as safe as they seem” and gave several options of attack, which users of “Apple” smartphones are not protected. 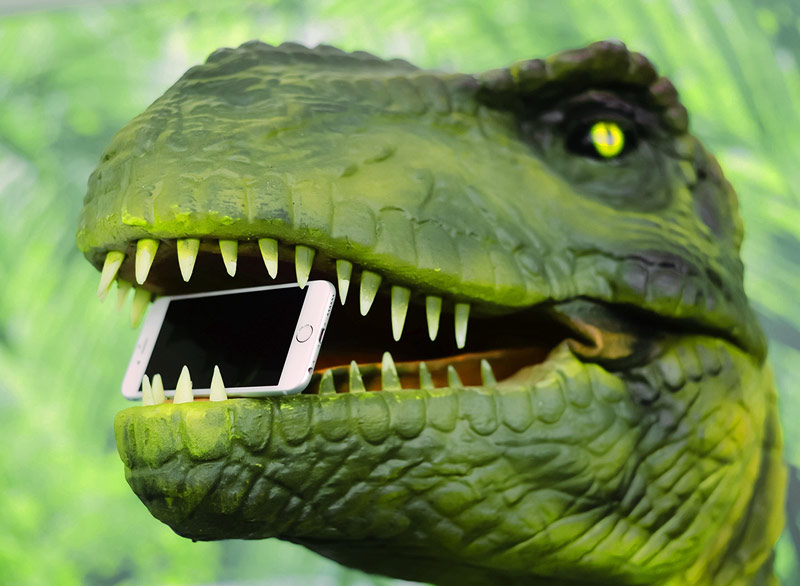 Phishing attacks aimed at “the gasket between the chair and the keyboard” that is the man — his carelessness or ignorance in matters of security.

It may seem that the signs of phishing today is known to everyone, but do not forget that the population of the Internet continuously grows with the newcomers, not familiar with the tricks of cybercriminals. Even the attackers tirelessly to improve their methods and inventing new tricks.

If you have the slightest doubts about the legitimacy of the site — for example, the online Bank is a little different from the usual, — it is necessary not to tempt fate and call in support. Better to be safe than to fight for the return of their hard-earned savings.

How to protect yourself: brush up on guidelines for detecting fraudulent pages. Help in the fight against phishing attacks on the iPhone will be the browser Kaspersky Safe Browser for iOS. 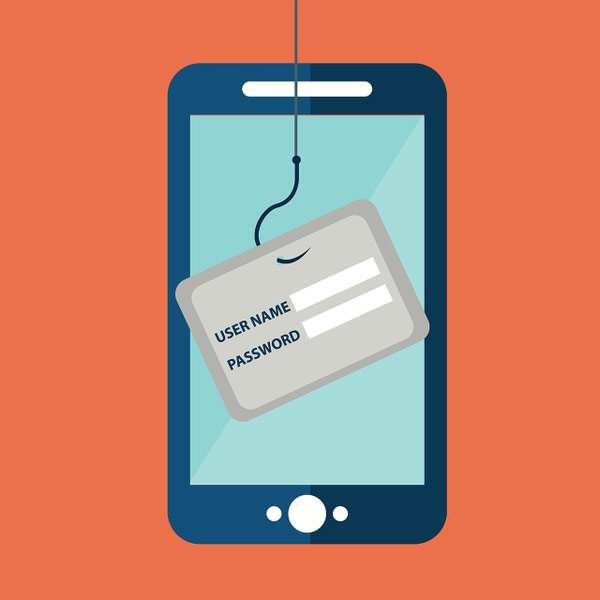 Another example of cyber attacks that do not depend on the type of device the victim, attack over Wi-Fi. The Internet today is everywhere, but the use of public networks can be fraught with unpleasant surprises.

Any outing in the world wide web through suspicious hot spot was likely to end in stolen passwords or other sensitive information. Caution should be observed regardless of the brand of smartphone you have in your hands.

How to protect yourself: if you do decide to use the “wild” Wi-Fi, follow the rules in public networks: bypassing nesparennym network, use a secure connection (HTTPS) and disable in the settings of the iPhone to automatically connect to Wi-Fi networks. A better — more use a VPN. 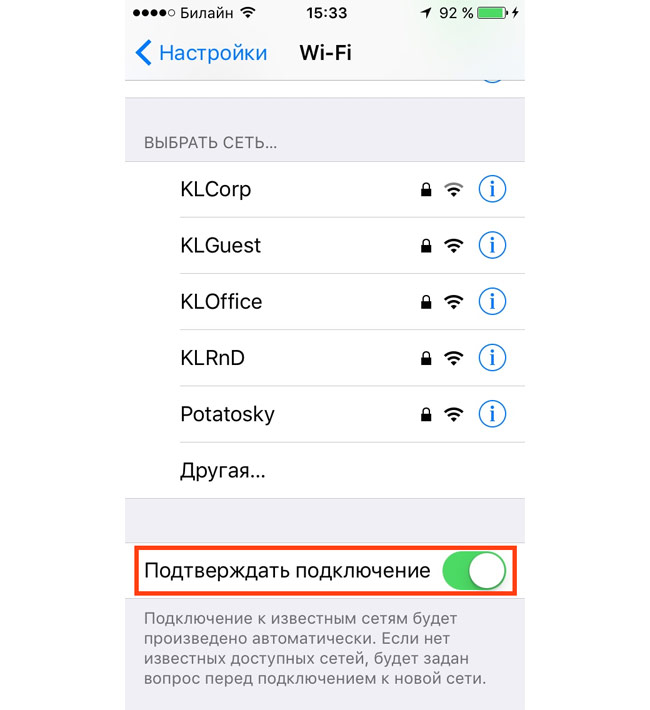 Most often malware strike the device have undergone the procedure of Jailbreak, that is hacking the device to get new features. Usually, the reason for hacking iPhone the prosaic — this allows you to run pirated apps and to bypass some other limitations that iOS imposes on the user’s actions, experts say.

Reduced security — the reverse side of these additional features. When you with your hands put a hole in the carefully constructed iOS developers “the fence”, it is not surprising that through it, begin to crawl through various suspicious characters.

But a complete rejection of the jailbreak does not guarantee the security of the iPhone, according to “Kaspersky Lab”. As you cannot guarantee it is 100% and quite simply — here we should pay tribute to the supervision of Apple for their App store. Hackers will still find alternative ways to get into smartphones. 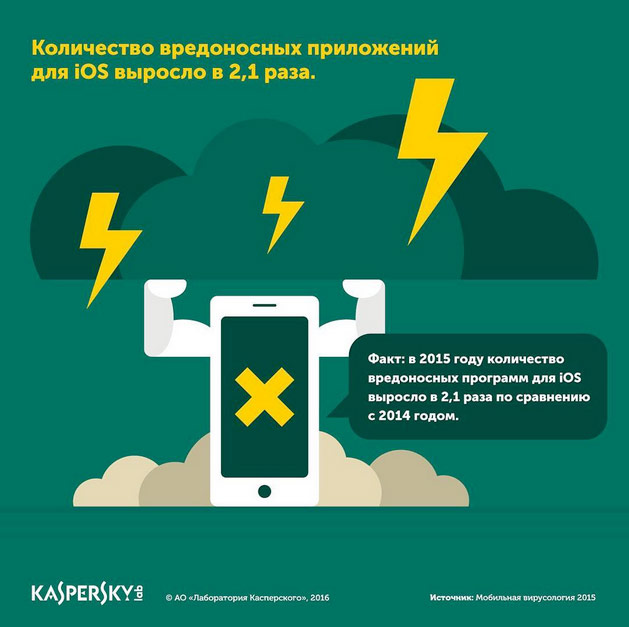 For example, the famous case where hackers managed to compromise dozens of third-party applications using the infected distribution Xcode — software for programming on Apple platforms. The created set of spread in the Chinese segment of the Internet and disagreed with a Bang — to download a heavy file from the official Apple website in the country, lovingly surrounded by the “great Chinese firewall” it was too tiring.

Another example: hackers lure users the ability to download software from App Store for free, without registration and SMS without jailbreak, and simultaneously downloaded onto their smartphone of fraudulent apps that steal Apple ID accounts.

It is easy to see that, as on other platforms, malware for iPhone often goes hand in hand with piracy.

How to defend: it is recommended to refrain from jailbreaking — hacking firmware significantly increases the chances of becoming a victim of malware. But with the installation of regular updates it is better not to linger — they only increase the security of the device.

In the universe of Apple step can not step without Apple ID. It gets you into the personal account of the user, in the cloud iCloud and other services and online shopping company. Given the fact, what kind of power you can get, umyknuv Apple ID, it is not surprising that this identity often becomes the target of hackers.

To steal Apple IDs can not only through a malicious app on the smartphone or using phishing, but also compromised the computer, which is used to access iCloud and other Apple services. 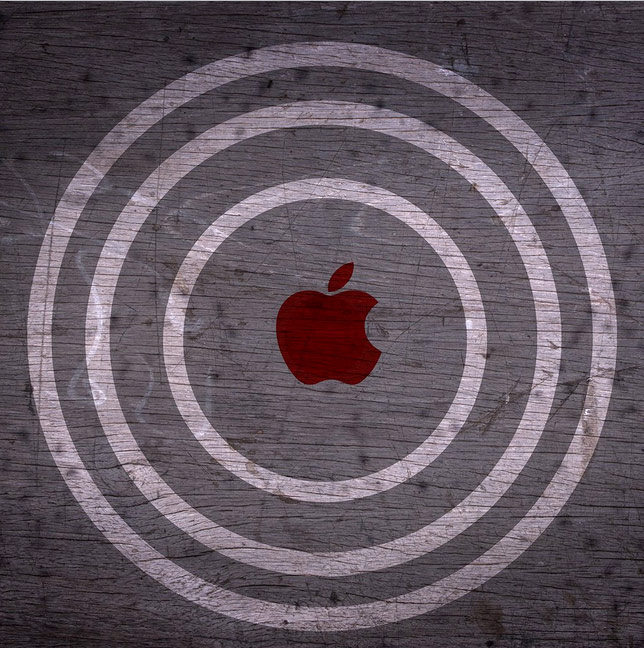 Guard against theft Apple ID will allow two-factor authentication. Once enabled, any attempt to access Apple services will require entering one time password, which will be coming on a trusted device. This greatly reduces the chances of an attacker to use stolen or find the password.

Separate attention deserves such a phenomenon as sharing the same Apple ID by multiple users. For example, I can do friends or relatives to use one copy of the purchased apps at all. However, the subtleties of the configuration of the joint account open too much scope for abuse, up to the blocking of another smartphone. Friendship is fine, but the passwords and the accounts should remain individual.

How to protect yourself: turn on two-factor authentication Apple ID, if you still didn’t.

A few tips for those who want to be sure of your device in any situation:

Technical experts have made a rating of smartphones, the most frequently breaking down or running with errors and failures. As it turned out, in the second quarter for the first READ  The radiation level iPhone 7 five times higher than that of the Samsung Galaxy S7 edge