One of the key features of the new iPhone 7 and iPhone 7 Plus they are not afraid of water. From the performance point of view, as we have seen, the machines are the Champions: they are twice as productive models of Galaxy S7, Galaxy S7 edge. What about water resistance “Apple” of new products?

The creators of the YouTube channel EverythingApplePro, which are regularly held tests of various gadgets, has decided to conduct a water test iPhone 7, which aimed to find out how good a camera in terms of moisture protection. Formally, the new Apple smartphone is protected by standard IPX7. This means that the iPhone 7 can be immersed in water to a depth of 1 meter for no more than 30 minutes. This is enough to use a smartphone in the shower, but the pool accessory is not worth taking.

As a “rival” to the iPhone 7 chose the Samsung Galaxy S7, which boasts a higher waterproof class IPX8. This means the protection with the full and prolonged immersion in water to 1 m. Both smartphones the author of the video put in a leaky metal container with cargo and placed it in the water.

The first time the gadgets have dropped to a depth of 1.5 meters, which is above the permissible values for both devices. However, both models remained intact. Then they were down, leaving in the water for 5 minutes and checking the resistance to water pressure. 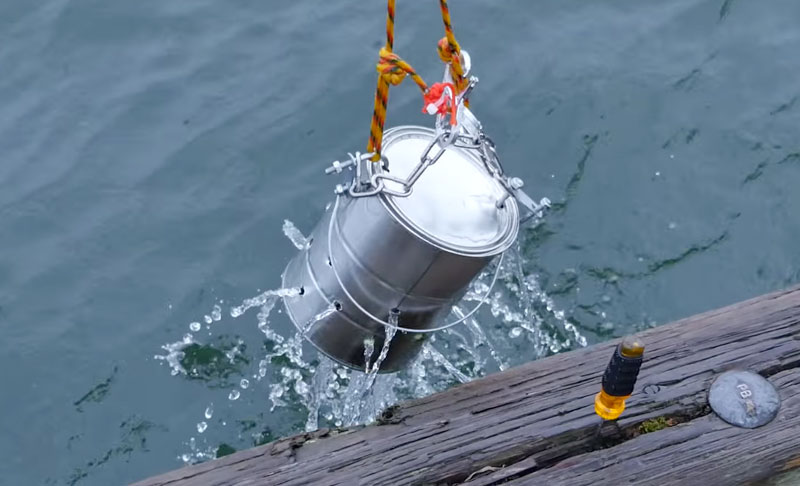 The first signs of damage emerged at the depth of 9 meters. When the iPhone 7 and Galaxy S7 pulled from the water last rebooted by itself. At the same time, Apple worked as if nothing had happened. Then gadgets decided to drop another half a meter below.

Five minutes at a depth of 10.5 meters proved fatal for Galaxy S7. After climbing out of the water, the smartphone has ceased to be. The device was fed some signs of life: the blinking notification light on the front panel and the camera flash. As for the iPhone 7, it remained in working condition.

Despite the lower protection class, the flagship of Apple has been more tenacious. Stay in the water depth of 10.5 meters did not pass unnoticed. Judging by the video, there was a small glow along the bottom edge of the screen. But it couldn’t hurt to use a smartphone.

The author of the experiment concluded that Apple decided to play it safe by pointing to its new smartphones a lower protection grade than it really is.

Today we will consider in details the third generation of multifunctional devices from samasata Kingston – MobileLite Wireless G3. The gadget can act as an external battery to extend your iPhone or iPad using a USB card and SD, perform a quick backup of the data and to use as access points Wi-Fi. In other […]

Tim cook: Apple pays more taxes than any other company in the world

The new software platform iOS 9, Apple has included a power saving function. The technology is able to add three hours to standard time using the iPhone. The platform itself provides increased battery life of smartphones for one hour. Apple made no secret that the reduction of power consumption during low power is due to […]