While working gadget without charge is a very important indicator. What if you forgot to charge the phone, and before leaving the house 10 minutes? Resource SuperSaf TV decided to compare the flagship smartphones of Apple, Google and Samsung on the charging rate to find out which device is faster absorbed electric juices. 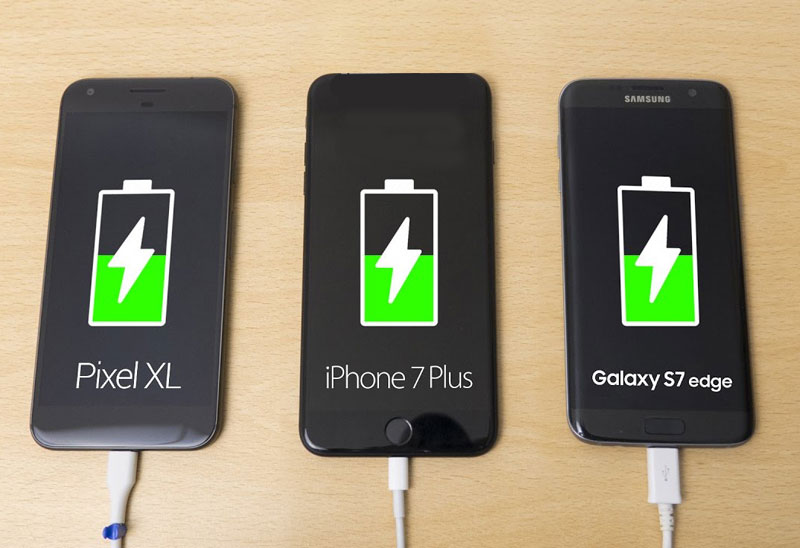 Blogger conducted an experiment with three smartphones iPhone 7 Plus, XL and Pixel Galaxy S7 edge. All devices have batteries of different capacity 2900 mAh at first, 3450 mAh the second and 3600 mAh the third. The tests measured the refilling rate of charge from 1% to 100%. 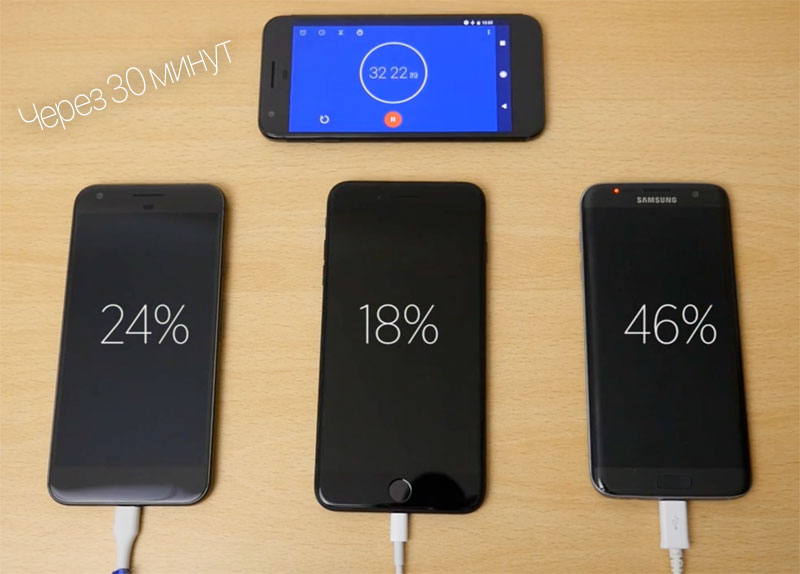 The author of the experiment connected the smartphone to a standard power supply and start the stopwatch. The first time the battery level is checked in half an hour after the start of charging. iPhone 7 Plus showed 18%, Pixel XL – 24%, Galaxy S7 edge – 46%. The second measurement was done after one hour: charge indicator smartphones were at 36%, 54% and 85%, respectively. 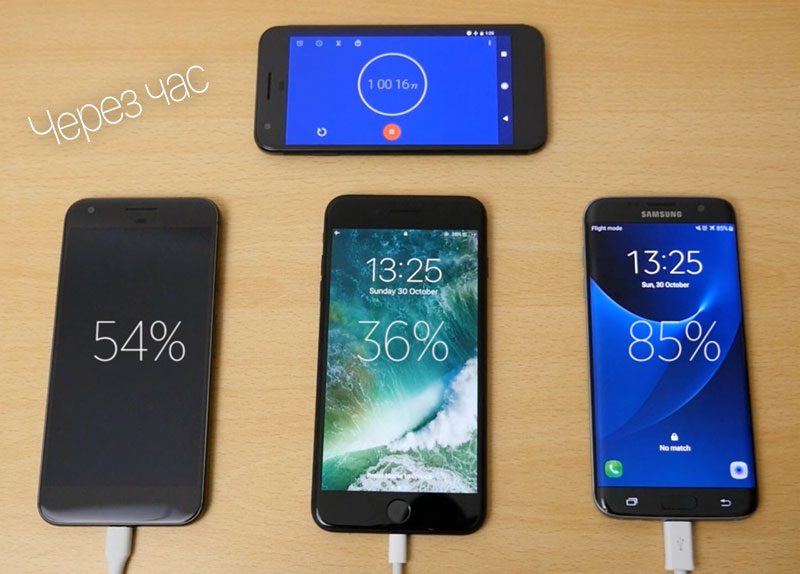 First to the finish came Galaxy S7 edge, which charged the battery to 100% in 1 hour and 29 minutes. At the same time the iPhone 7 Plus was charged at 54%, and the Pixel XL – 84%. Second, as expected, was the flagship of Google – 2 hours 3 minutes. Apple came in last. the iPhone 7 Plus is not missed even in three hours: final result – 3 hours 27 minutes. 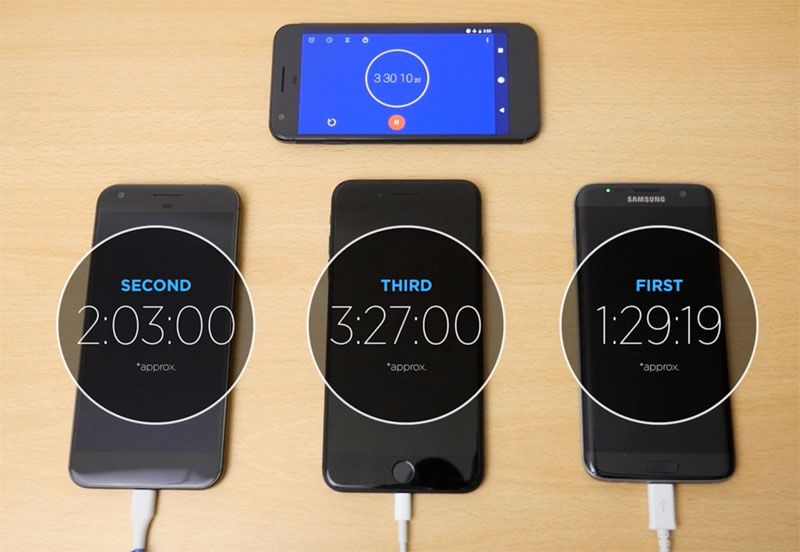 The Creator of the video explained that did not use iPhone power adapter for iPad, since the goal was to conduct a “fair experiment”. According to him, the majority of buyers use the complete charge, so a more powerful adapter would put into question the purity of the experiment.

Tele2: users of iOS devices in Moscow shake more than 4 TB per day

Mobile operator Tele2 noted a significant increase in consumption of mobile Internet traffic in its network in the Moscow region. The iPhone and iPad were among the main consumers, with Apple’s gadgets accounting for about 4 TB per day. Just a month since launching operations in the capital region, the average daily amount of data […]

CEO of Disney and a member of the Board of Directors Apple Bob iger thinks the interface for Apple TV television the most intuitive interface in the industry. He said this in an interview with Bloomberg. The representative of the cartoon Studio believes the release of Apple TV fourth generation good event for Disney. According […]

All iPhone and iPad users at least once faced with slow download apps from the App Store. Games and applications load very slowly, not hastily installing the update. The problem occurs quite often and most of the users of smartphones and tablets Apple don’t even know what you can do with it. The first step […]