In August starts the mass production of the iPhone 6s and iPhone 6s Plus, but Apple has already put the necessary components for new products. This can explain the increased in recent years, the number of information leaks, accompanied by photos of the key parts of the future iPhone. 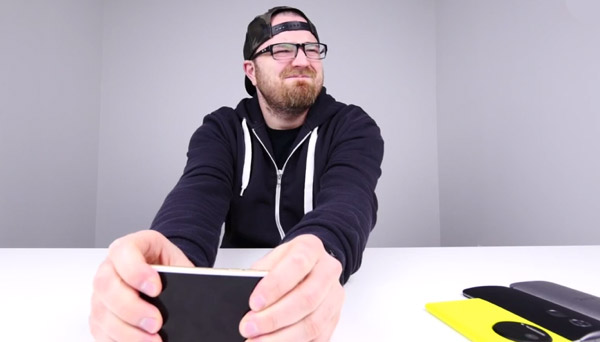 The author of the scandalous video about bendable iPhone 6 Unbox Therapy posted a video with the test panel bending iPhone 6s, photos of which previously appeared in the Network. The video below is confirmed using a more sturdy aluminum and the previous design of the device.

In Unbox Therapy are convinced that the iPhone 6s will not have problems with excessive flexibility of a smartphone: Apple has taken several steps to strengthen the housing. In particular, the company strengthened the walls in those places where there are toggle buttons for volume and lock devices – that is where the bent iPhone 6 and iPhone 6 Plus. Also made a number of changes in the arrangement of fastening elements, whereby the new iPhone 6s will be more durable and resilient. 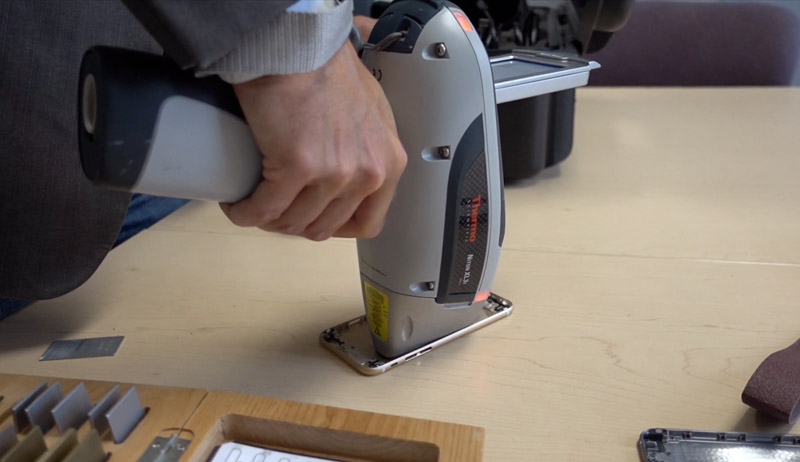 Directly “shell” iPhone 6s is made of aluminum 7000-series – aluminium alloy with zinc. In Unbox Therapy held x-ray fluorescence analysis of shells of the iPhone 6 and iPhone 6s and found the elemental composition of the alloys of both panels. The first housing is made of aluminum 6063 series, which for 98.94% of aluminum (the analysis showed 98,85%). This is a common and fragile alloy. The analysis panel of the upcoming flagship confirmed the aluminum content at the level 92,81% and zinc at the level of USD 6.16%. This approximately coincides with the normative values of the alloy 7000 series (aluminum — 91,174%, zinc — 7,642%). Currently this material is used in a “smart” watch Apple Watch Sport, successfully proving its resistance.

READ  Apple in Switzerland could develop a system of Autonomous driving 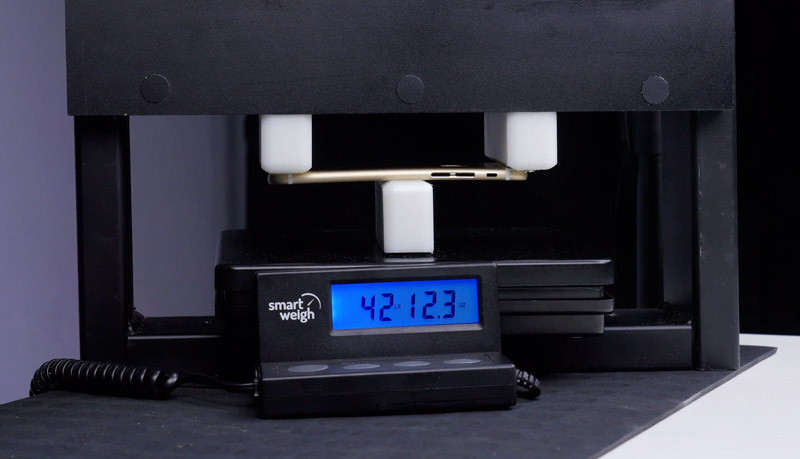 The video presenter is testing smartphones bending in three points on a special machine. Panel iPhone 6 bent in the area of the button after the effort of 13.6 kg. For iPhone 6s it took effort 36.2 kg, which is 2.66 times higher than the minimum voltage for panel iPhone 6. The curve was smoother and center details.

To view a comparison between the strength of the hulls of the iPhone 6s and iPhone 6 in the video below:

The official presentation of the iPhone 6s and iPhone 6s Plus is expected on Wednesday, 9 September.

Wireless charger Lift can not only charge your “smart” watch Apple without wires, but to hold them in the air. Based on the Lift – compact magnetic docking station. The charger is also equipped with magnets. After the user wears the Apple Watch on the charging unit, the gadget literally hangs over the surface of […]

As expected, Apple has started selling AirPods wireless headphones. To order branded headset available in the online store of the company. Thanks to recognizable anatomical form, AirPods are well kept in the ear. The battery life is 5 hours, which in itself is high. But included is a small case with an extra battery, which […]