Some time ago we have already talked about trying enthusiasts to check on the water resistance of the iPhone 6s. To the credit of the smartphone we should say that he has successfully withstood the test. Even after an hour of water treatments, “Eska” was kept fully operational. Craftsmen from iFixit decided to find out the secret to protect the new iPhone from moisture. 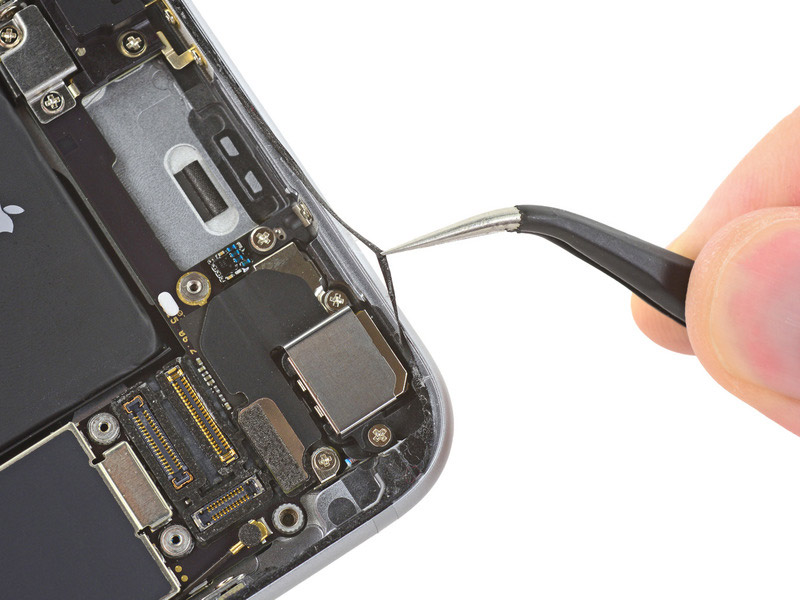 After the removal of the device specialists was found a layer of glue, which filled the empty space between the electronics and the frame. Writing off the find to the quest of the Apple “plant” to glue all the details, the craftsmen continued to dissect the iPhone 6s.

It later turned out that the substance is not intended for fixing anything.
So there were suspicions about a new method of waterproofing, a patent for which was obtained in the beginning of the year. Guesses engineers confirmed another strange discovery – a small strip around the perimeter of the housing. The explanation for all of this you can give one protection against the ingress of moisture into the iPhone 6s has been implemented in practice.

Mistakes can not be. Speaking in favor of this implemented with the utmost accuracy stretching the gasket of 0.3 mm thickness. in addition, the frame of the device was slightly revised for the sake of waterproofing. The increase in size of the iPhone 6s, apparently, was connected not only with the integration of the 3D Touch.

On this proof smartphone protection from moisture not end. Apple engineers have carefully worked this point. The connectors of the motherboard and other electronics now are treated with a thin layer of silicone, which prevents oxidation of metal in contact with water. But microphones, speakers and the Lightning connector was completely clean. Apparently, in their manufacture components from stainless steel. Otherwise, the rust on the contacts will inevitably emerge.

Most likely, Apple will continue to further develop the concept of the water resistance of their products. It is rumored that the protection standard IPX8 will appear in the next generation iPhone.

New in iOS 11: the business chat to iMessage

The new operating system iOS 11 will allow you to turn iMessage into a communication platform that will be able to compete with Facebook Messenger, allowing businesses to interact with customers. Service Business Chat for iMessage will allow companies and brands to provide feedback to users. People will be able to contact a particular company […]

Farewell to “Slide to unlock”: 10 iOS to unlock the iPhone uses the Home button

After nine versions of the iOS operating system it’s time to say goodbye to one of the most frequently used functions of the iPhone and iPad. Get ready to abandon the “Slide to unlock” to unlock the gadget: now it’s “Press Home to Open. In iOS 10 Apple completely redesigned the lock screen. The familiar […]