The next stage of the competition flagship smartphones can be considered open. In the Internet appeared the video, which compares the performance of the Samsung Galaxy S7 phone with Apple. Instead of using the benchmarks, a YouTube user under the nickname PhoneBuff video the stopwatch and began to run identical apps on both devices. 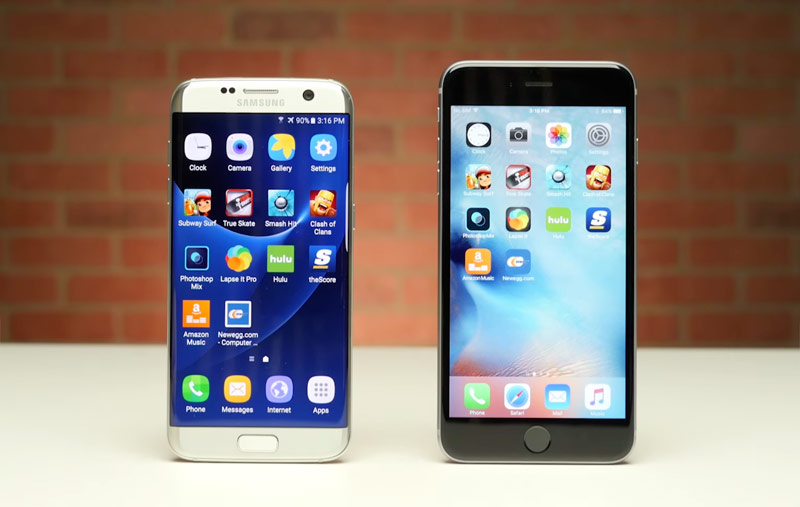 Last month, the new has already conducted a visual performance test Galaxy S7 or iPhone 6s. But then in the experiment part adopted version of Galaxy S7 edge-based Snapdragon processor. iPhone surpassed rival with a huge margin, and enthusiasts decided to hold a new test.

This time was chosen as a modification of Galaxy S7 edge brand chip Samsung Exynos. The algorithm of the “benchmark” remained: the author of the video starts the stopwatch, and then successively the same or identical apps on each smartphone. The result is then recorded, and the machines leave on the second circle. 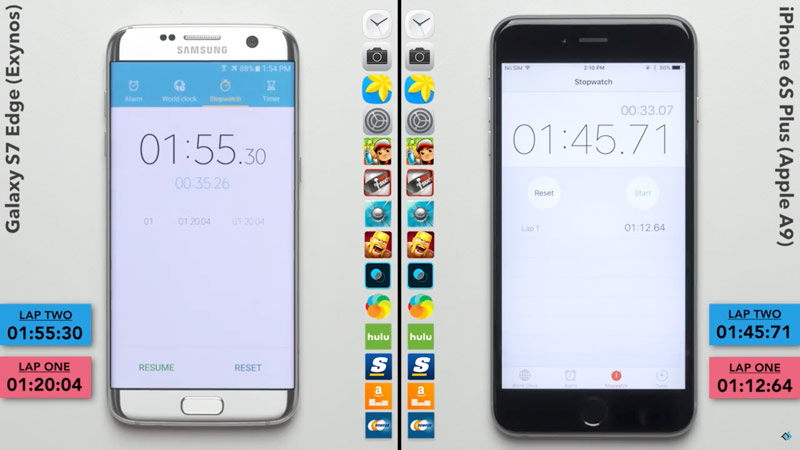 Such comparison is more close to reality than running synthetic benchmarks. Both companies strive to equip their main smartphones, the most top-end hardware to optimize the software for best performance.

As you can see, this time the alignment of forces has not changed. Although the processor of the Samsung Galaxy S7 allowed to work a little faster, it still lags behind in performance from the iPhone 6s.

“MegaFon” has denied the theory of “instant noodles”: the Russians are buying iPhone not on last money

There is a perception that iPhone owners are overwhelmingly low-income people acquire smartphones on credit. MegaFon has carried out an analysis of user preferences of the owners of the most expensive smartphones to Apple and Samsung has denied this hypothesis. According to the study, iPhone users spend significantly more money on communication services, and travel […]

Last week, the network appeared the schematic drawings iPhone 8, today edition Slashleaks published photos, which show the layouts of three new models of smartphones Apple. Judging by the surroundings, pictures were taken on a plant for the production of these devices. The leak confirms the assumption that the iPhone 8 will be slightly larger […]