At the inhabitant of Kazakhstan blew the iPhone 6, worked for a year and one month. The sellers promised to give the new device, despite the fact that the warranty is already out. 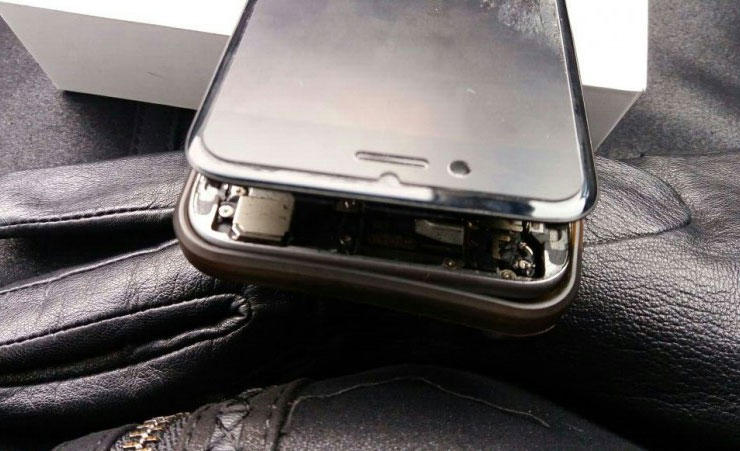 The exploding iPhone was purchased on October 25 last year and exploded on 27 November this year. “The most important thing here that could hurt my child. Don’t know what I would be doing if he were around? And if I was on the phone and he would at this point exploded? Then I could stay no ears or no eyes!” – says a resident of the city.

Now Esengeldy complains that I did not made the moment of the explosion and the first few minutes after it on video then it just doesn’t come to mind. The phone itself was borrowed, the amount of 250 000 KZT (about 46 000).

Esengeldy reported that appealed to the lawyers to return the money.

“I tried to return the money, several times went to the store, but I was denied. The reason is that the warranty period is a year expired. But the phone exploded himself, not because of me! All the necessary documents I showed. Now lawyers deal with the issue. The year and month the phone, are you kidding?” — outraged Maria.

Lawyer Esengeldieva Dmitry Gorbunov, who represents the society for the protection of the rights explained that there is a chance to return the money, even with the expiry of the warranty period. 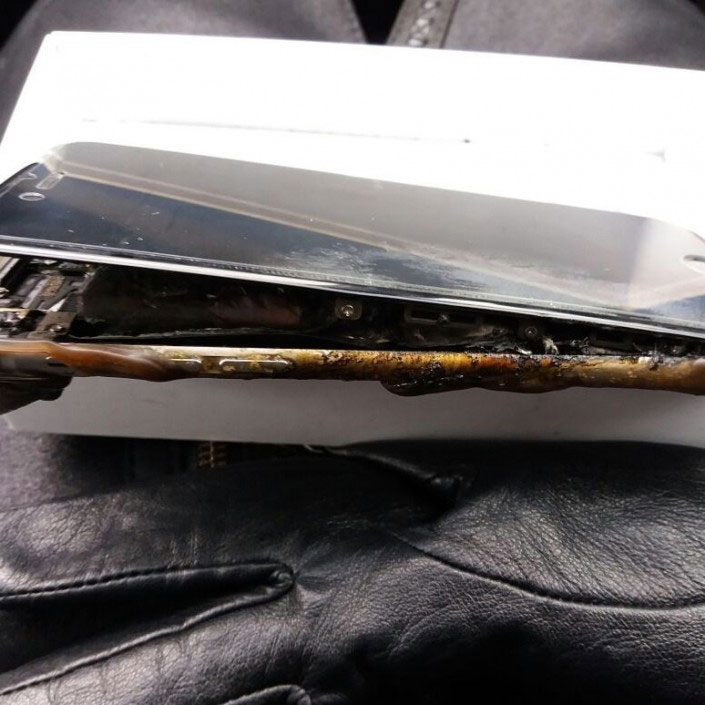 “If you prove that the phone blew up himself and not the fault of the buyer, to return the money. To prove this is through a forensic examination, but first need to apply to the court,” said Morgunov.

Meanwhile, the Director of the Department of advertising management company Sulpak Alexander Gorlov told Tengrinews that the store plans to replace phone buyers.

“Answering a question about whether the returned money, say “no”, simply because we’ll give her a new phone. Previously, such a practice store, and indeed there weren’t, so that the phone of this brand exploded. The reasons are very difficult to identify, so we just take into consideration that this is our customer. Yes, these issues are not that tonight appealed, and tomorrow, I decided, because it was necessary to recheck the data. To return the money – the decision of our company”, – said Gorlov. 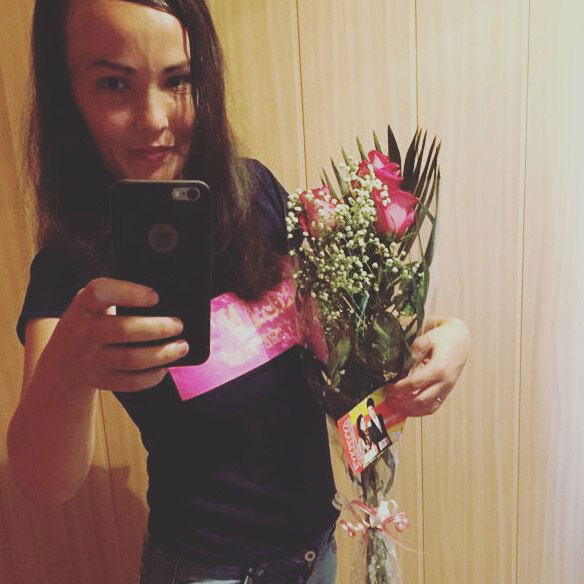 He noted that he is now preparing documentation for issuance of Esengeldieva another iPhone. She needs to get in the same store, and the phone will be exactly the same.

Recall that in 2016 the world surprised a few occasions the explosion of smartphones. So, in October of this year, the owner of a new iPhone 7 said that in front of his face, the apparatus exploded. He appealed to the representative office of Apple in China, but it later emerged that the investigation will continue in the main office. And at the end of September, the Reddit user said his iPhone 7 Plus exploded during shipping and broke the packaging. The cyclist from Australia and all phone exploded in the pocket of his shorts.

Each year the prestigious British magazine in the field of design and lifestyle Wallpaper selects the best projects in various categories – from architecture to the best pair of jeans. This year, the publication highlighted the product Apple – smart hours Apple Watch Hermès. A special collection of smart watches was created in collaboration with […]

The calculator in iOS 11 have forgotten how to count