To summarize the results of the price comparison service Aport.ru presented the ranking of the most popular in 2015 smartphones. The most sought after phone and iOS users, and those who prefer Android, turned smartphones from Apple. 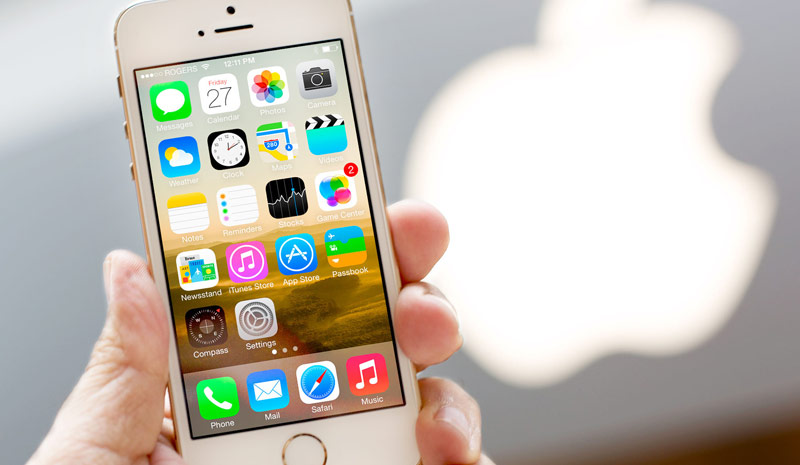 The most popular smartphone in the year 2015 iPhone 5s with 16 GB of memory on Board. The device, presented in 2013, is still in demand not only in Russia but also at home in the United States. iPhone 5s – the latest (at the moment) 4-inch device in Apple’s lineup. Its screen has a resolution 1136h640 points, with more compact diagonal makes the image sharpness is quite high (326 ppi).

The gadget operates on the basis of dual-core 64-bit A7 processor of Apple’s own design. RAM in the device only 1 GB, but excellent optimization software ensures operation without glitches and brakes. iPhone 6 started to catch up with his predecessor after the world saw the new “Apple” device index iPhone 6s. The decline in prices stimulated the demand for last year’s model and has attracted the attention of buyers.

The first three leaders closes, another smartphone from Cupertino – iPhone 4s 16Gb. Despite the fact that the model came out in 2012, the demand for it remains high. In the list of features of the iPhone 4s 3.5 inch Retina display with a resolution of 960×640 pixels, dual-core Apple A5 processor, 512 MB of RAM and a 8MP camera.

Most popular smartphones in Russia in 2015:

READ  Apple has translated the App Store on Ukrainian language

Another flagship of previous years in the top – Samsung Galaxy S4. He is in demand thanks to the combination of acceptable cost and high functionality. Closes rating most popular smartphones on version Aport.ru another model from South Korea – Samsung Galaxy A5 Duos. The dual SIM device is the newest in the rating of the device released late last year. This mid-level smartphone with five-inch AMOLED screen with a resolution of 1280×720 pixels, Quad-core Snapdragon 410 chipset and 2 GB of RAM.

Among iOS users the most popular:

The most popular products among Android users:

According to the creators of the service, the recession has hit the wallets of the Russians. The greatest demand is for devices that occupied a place of honor flagships a year or three ago, but over time were pushed back “heirs” in the niche of strong mediums. The only device in the top, which has not yet received the successor, the Galaxy A5. The new generation of this smartphone is only preparing to storm the market in late December – early January.

This situation is explained by the fact that people want to buy a reliable phone that will serve them for a long time. Not wanting to deal with low quality, preference for time-tested models that have interesting design, build quality and timely receive actual firmware update.

Apple is preparing a new keyboard for the iPad Pro, Apple Watch Sport and in gold color

Apple is developing an updated keyboard for the iPad Pro, reports The New York Times. The accessory will go on sale towards the end of the year, which agrees well with recent rumors about the November debut of new items. “At the launch of Apple will show the new iPad. Now the company is completing […]

Facebook is testing a working chat for Mac and PC

Fifth of October 2017 in FAQ Facebook had discovered information about a new development company, which is currently limited to users. We are talking about workers chat rooms for Mac and PC. They include not only the basic client functions of the messenger, but sharing the desktop screen with customized access to broadcast files. According […]

The developers of Telegram messenger announced the introduction of the messenger has a few new features. In the version of the application under index 3.1 came the ability to search within individual chats and play videos from YouTube and Vimeo, as well as listen to music from SoundCloud. “Just click on the link in the […]