Research firm Good Technology released a report for the III quarter of 2015 on trends observed in enterprise mobile cloud infrastructures. Despite the growing popularity of Android devices in the consumer segment, mobile platform, Apple is still dominant among corporate users worldwide. 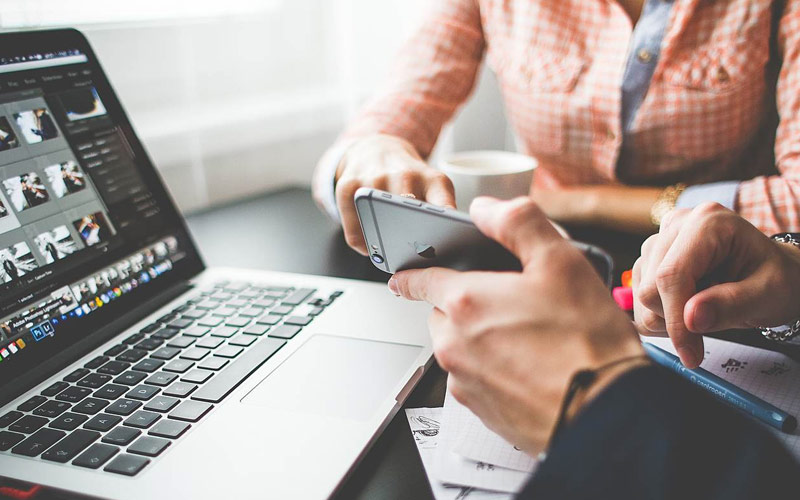 If you believe the report within the specified period the share of iOS accounted for 66% of all activations of mobile devices made by users from the business environment. The index is 2% higher than the same recorded the quarter before. Other operating systems on the contrary their position weakened. In particular, the Android platform ended the quarter with 31%, losing 1%. The situation is deplorable with Windows Phone: now — 2% three months ago to 3%.

It should be noted the great success of iOS in the segment of tablets: from July to September, the share of iPad dropped an impressive 71% of activations. In the second quarter of the year, the desired characteristic was 64%.
Within this reporting period the power of Android tablets has fallen from 25% to 21%, Windows tablets has dropped from 11 to 8%.

Curious high popularity of iOS among employees in the public sector (83%), they are not particularly inferior to the Finance staff and the educational sector (77%), followed by insurers (68%). Love Android hi-tech (52%) and transport (50%). 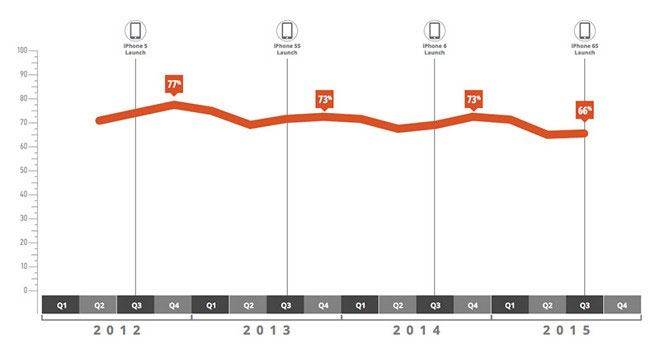 And yet if we consider the long term position of smartphones and tablets Apple in the corporate segment reduced. In the third quarter of 2012, i.e. three years ago, the iPhone was responsible for 77% of activations of mobile devices, while the iPad ruled over an impressive 90%.

Earlier Apple CEO Tim cook said his company has incredible success in the corporate market and to stop there is not going. Last year the Corporation reached an agreement with IBM to work together on a new class of business apps for the iPhone and iPad, developed taking into account the experience of the past in the field of Analytics and cloud computing. Also the “blue giant” is selling iOS devices to its corporate clients around the world.

Good Technology analysts expect that iOS will continue to maintain a dominant position in the corporate market.

Six months after the official announcement of the smartphone Essential much cheaper. Essential Phone is a premium device, developed by Andy Rubin, one of the creators of Android. The gadget stands out from its competitors with its design and system of the magnetic modules. But the price is 699 dollars scared off many potential buyers. […]

4.7-inch iPhone 7 will get a camera with optical image stabilization

According to research firm Nomura, Sony failed to ensure the supply of necessary quantity of modules in dual camera for the older version of the new smartphone Apple, which may be called the iPhone 7 Plus. This may force kupertinovtsy to seek help for LG Innotek, which at the initial stage will supply the greater […]

9.7 inch iPad Pro was named the best tablet in the history

Releasing last year’s 12.9-inch iPad Pro, Apple impressed everyone with the size of the biggest in the history of iOS devices. But many people do not need such a big display and they are not ready for high performance, as well as Apple Pencil and connect through a smart connector covers-keyboard to accept the dimensions […]