In the fall of 2014 online cinema for torrents Popcorn Time has released an app for the iOS platform. The program allows you to watch movies and TV programs and broadcast the image on a set-top box Apple TV and Chromecast. Then the service was a limit – you can use it you can only carry out the procedure of jailbreak. In April of this year, developers have found a workaround by proposing a version for stock iPhone and iPad. Since that time, according to statistics from the developers, this version was used by more than 1 million users. 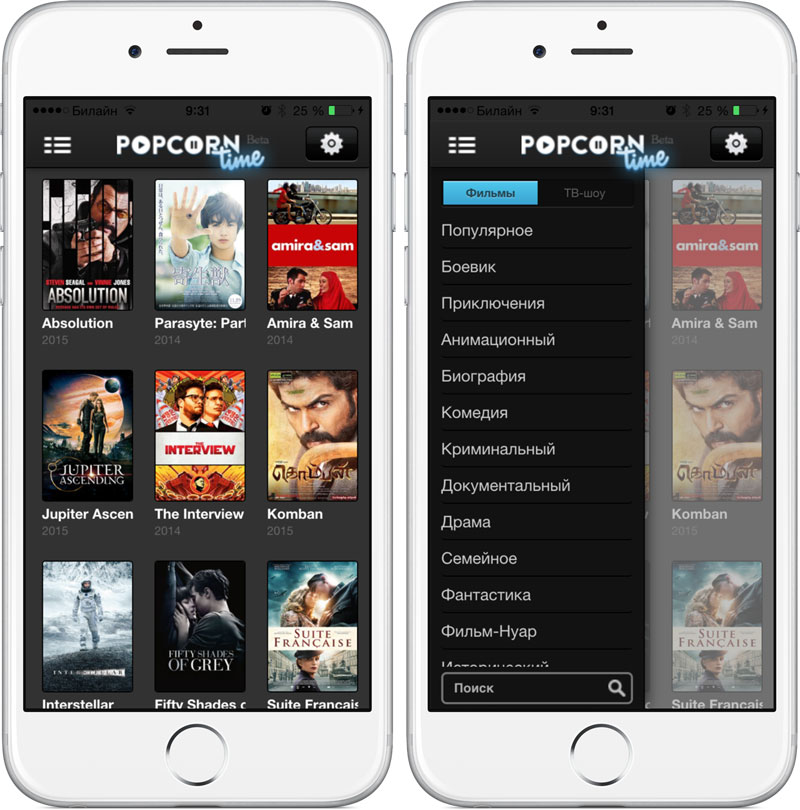 Client downloaded Popcorn Time on iPhone and iPad using a special installer. A mobile program is a catalog of movies, and player. Play no more difficult than to download the program from the App Store – just select the desired name from the library, choose the quality of the image and click button “Watch now”.

Most modern BitTorrent clients also allow you to start the movie directly during the download, without waiting for the completion of the file upload process. However, the developers of Popcorn Time have gone further. They created a General catalogue of films based on the popular BitTorrent indexing resources. Thus, it appears to be very easy to use program with intuitive interface that allows you to watch the tape, placed in existing BitTorrent networks.

To install Popcorn Time on iPhone and iPad without jailbreak, you must go to the page popcorn-time.se and download loader iOS Installer Popcorn”. It exists in versions for Windows and Mac. Then you need to connect your iOS device by wire to the computer and run the iOS Installer Popcorn”. The program will prompt further steps will take no more than a few minutes. After this will run Popcorn Time from the home screen of your smartphone or tablet.

Read also:   Success stories: how the Apple Watch changed the lives of people 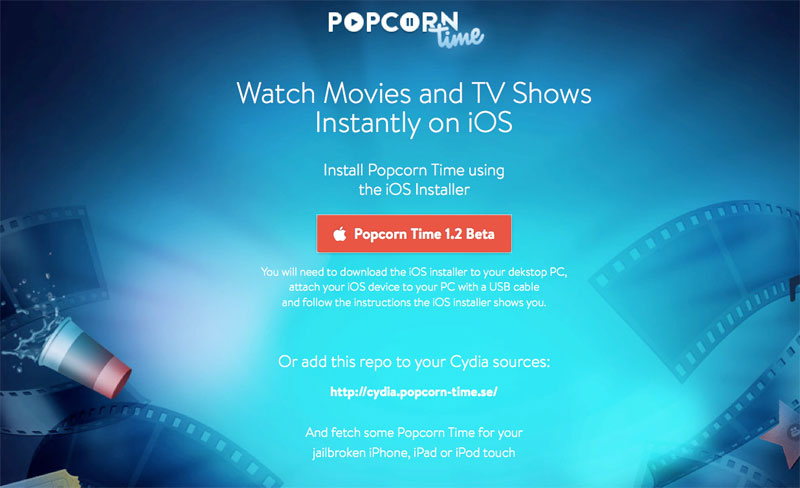 Mobile Popcorn Time allows you not only to watch movies and TV shows on iPhone, iPod touch and iPad, but also to stream movies to a TV via Apple TV. Popcorn Time is also available for Windows, Mac and Android.

Computer for rent: iMac Pro in the maximum configuration will cost more than a million rubles

In early June, Apple announced a new “professional” monoblock iMac Pro. The computer will go on sale in December of this year at a price of $5000. But we are talking about the basic version of the computer – 18-core processor, 128 GB ECC memory, SSD 4 TB will cost absolutely other money. Apple did […]

As has become clear to almost all, the development of a new range of wireless wifi is not just a necessity, but inevitability. Next year the market will be mobile devices that support the new Wi-Fi standard-802.11 ad also known as WiGig (Wireless Gigabit – “wireless Gigabyte”). iPhone 8, is expected to be one of […]