In early April, Apple has distributed iOS public version 9.3.1, to correct error, which the program had stopped responding to touch links in Safari. Today, the Network appeared the test results of the flagship smartphone Apple iOS 9.3.1 and previous releases of iOS 9.2.1. 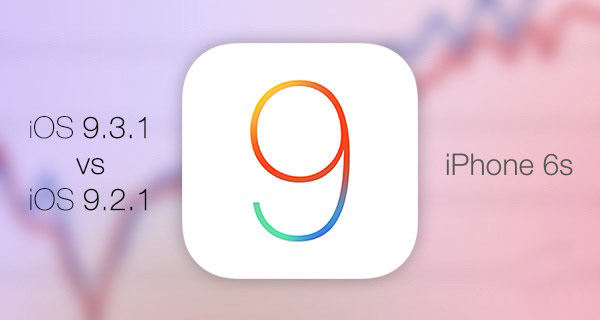 Great iAppleBytes decided to compare the work of two iPhone 6s with different versions of the OS by publishing a visual test of autonomy and speed when performing various tasks. The first compared the speed of loading the operating system, then run system apps – App Store, Messages, Camera, Weather, Calendar, etc. Then I tested the regular features such as Siri, control center, notification Center, etc. 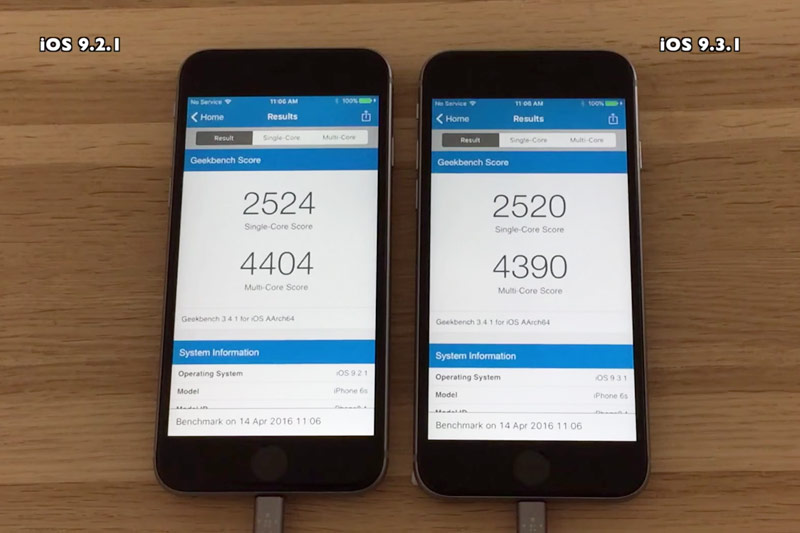 From what we can see, iOS 9.3.1 optimized is somewhat better than iOS 9.2.1. OS is a bit quicker to cope with running applications, although the difference in results on the level of error. Two devices on different versions of OSes as compared to Geekbench 3 and the results were very similar: iOS 9.2.1 earned 2528/4407 points iOS 9.3.1 – 2508/4376 points. 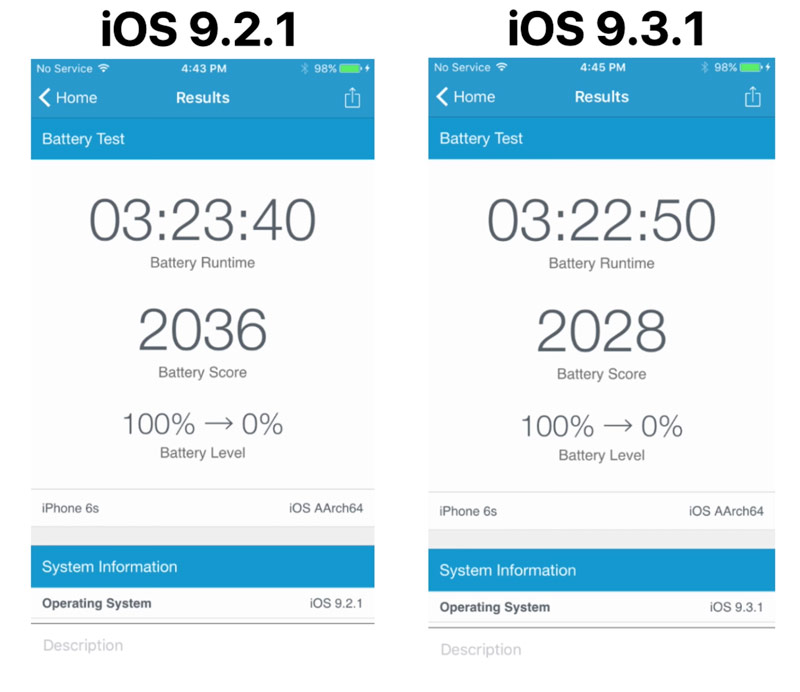 A comparison of the efficiency of the OS was performed using the benchmark included in the package Geekbench. Two iPhone 6s running iOS and iOS 9.2.1 9.3.1 charged to 100% and ran the test until the complete discharge device. The experiment also revealed no significant differences between gadgets. Smartphone on the fresh editions lasted 3 hours 22 min 50 sec, on an earlier build – 3 hours, 23 minutes and 40 seconds.

For the history of the Apple company apologized to customers only a few times. The most famous case to date was when Tim cook apologized for the failure with Apple Maps in iOS 6. About an hour ago, Apple released an open letter in which he wrote plainly: “We are sorry”. The letter refers to […]

Apple has launched a new service for musicians – Apple Music for Artist. Thanks to him, the performers will receive personalized analytical data related to their work. The service will show the number of scrobbles of certain tracks. Number of purchased songs and albums. Also there will be published the top charts of Billboard, famous […]

The developers of Hans Nielsen and Ryan Hyman released TIFF Disabler – a new jailbreak app for iOS that closes a critical vulnerability on devices with iOS 9. This add-on corrects the error of the engine, ImageIO, which makes it possible to conduct attacks on smartphones and tablets Apple. On the eve MacDigger wrote about […]