Permissiveness Android has made this platform extremely popular just a few years, at the same time limiting the ability to install one version on all supported devices. This is not surprising, because each third-party manufacturers make their own changes to the source code, giving Google the ability to update all devices at once, as it happens with Nexus. 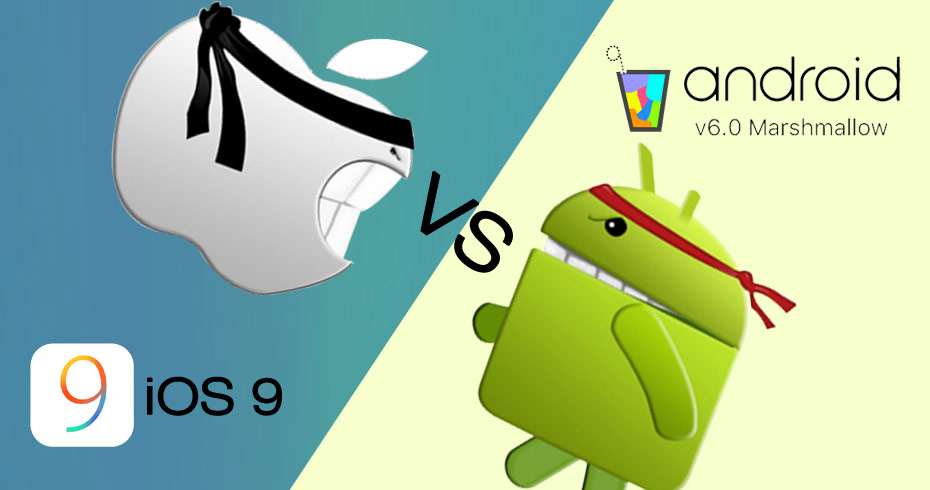 Apple, at the same time, despite the expanded range of smartphones and tablets continues to strictly control the process of updating its own mobile gadgets, having achieved by the end of April increase in the share of iOS 9 to 84%.

For comparison, operating system Android 6.0 Marshmallow, released shortly after the iOS 9, set in present time, approximately 7.5% of all active devices. Android 5 Lollipop is in the lead with a share of 35.6% of the phone market, while Android 4.4 KitKat is 32.5 per cent, although it was submitted over two years ago. Android Jelly Bean has shown a decrease from 21.3% to 20.1%, the share of Ice Cream Sandwich, Gingerbread and Froyo have 2%, 2.2% and 0.1%, respectively.

It is worth noting that iOS 9 has gained popularity faster than iOS 8, the share of which increased to 77% after nine months after the release. However, about 5% of “Apple” devices still continue to work on iOS versions below eighth. On the one hand, it is connected with the end of support devices, and with another – unwillingness of some owners to upgrade to new versions of the system. 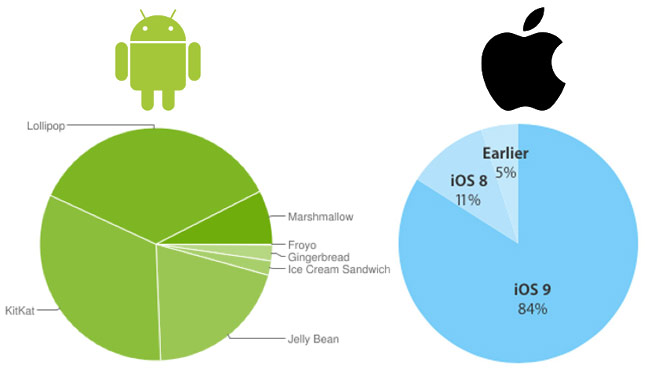 In any case, analysts agree that the strong fragmentation of the ecosystem does not carry anything good and can potentially harm all market participants because of the impossibility of total eradication of critical security threats.

A team of Disney animators tested the iPad Pro and the Apple Pencil, according to the portal 9to5Mac. As part of testing they drew Mickey mouse and Olaf from the animated film “frozen heart”. On the tests of new devices from Apple told Jeff Ranjo, head of Department for development of new methods of creating […]

On iOS and Android has reached domestic analogue Snapchat under the name O. Life

Online stores for iOS and Android has a new mobile app O. Life, in many respects duplicating functions Snapchat and ICQ. By circumstantial evidence, as pointed out by the Vc are involved in the development staff Mail.Ru Group. O. Life allows you to take a picture or record a video using “masks”, stickers and filters, […]