Update iOS 9 beta 2 brought a new intelligent operating system upgrade which is appreciated by the owners of devices with small internal storage capacity. OS learned themselves when necessary to remove and restore the apps installed on the iPhone and iPad. 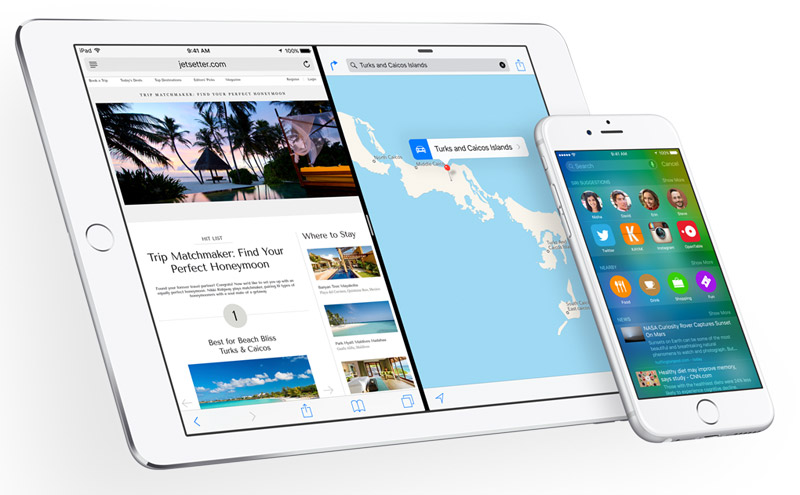 According to the user’s Twitter account Kaleb_Butt on his iPhone while trying to install iOS 9 beta 2 appeared a window with a warning about the shortage of available space:

“Not enough space to download. In order to make space for software update some apps need to be temporarily removed. All the deleted apps will be automatically restored after the upgrade is complete. Want to continue?”.

If the user agrees by clicking “Allow to delete the app, the update will continue. Otherwise, iOS will terminate the update.

This innovation is implemented in accordance with the new concept of optimizing Apple App known as Thinning. In iOS 9 implemented several mechanisms, including Slicing App that allows you to exclude from builds games and apps unused parts of the code, for example for 32-bit processors and On-Demand Resources, when the device may load only a part of the games, and the rest will be loaded as it passes. 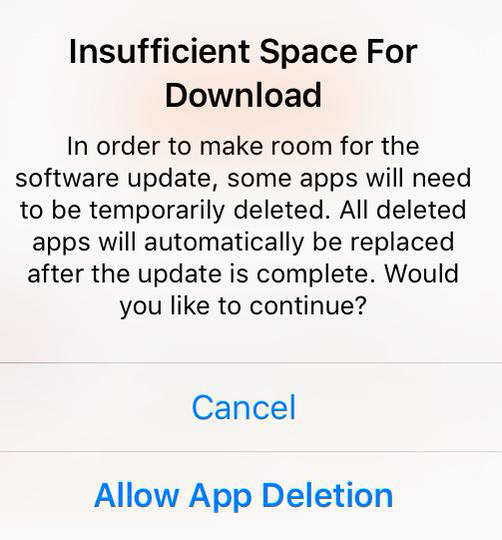 The final version of iOS 9 will be released in the fall – a year after the release of iOS 8. This release aims to improve stability and reliability, and brings a number of new features. Among the features of the new power saving mode, multitasking on the iPad, improved notes app news.

READ  Alibaba founder Jack MA: Chinese fakes have become better than the originals and are cheaper

Analysts reported the drop in popularity of Pokemon Go

Mobile games is losing popularity among users. This writes Bloomberg with reference to the study of Axiom Capital Management. The games based on augmented reality was released in July 2016. Since then, the number of players grew rapidly, which worried the investors of such well-known services like Facebook, Tinder, Instagram and Snapchat, which have less […]

Huawei: we will exceed Apple and become the world’s largest manufacturer of smartphones in the next two years

Chinese electronics manufacturer Huawei Technologies by the end of 2018 intends to get around Apple in terms of production and become the second largest smartphone manufacturer. This was stated by the CEO of the consumer division Consumer BG Yu Chengdong in an interview with The Wall Street Journal. Huawei plans to oust Apple, which is […]

In the spring of 2017 was submitted to the iPhone 7/7 Plus in red color. Smartphones have been under the label of (PRODUCT)RED was considered extremely limited, and on 12 September it stopped selling at all. Part of the money from accessories and gadgets under the brand of (PRODUCT)RED is transferred to the Fund to […]