Every year less and less users of devices subjected to the procedure of jailbreak. And it’s not even that the software to find “holes” all the more difficult. Not at all. The fact that every update of mobile OSes Apple introduces a previously missing feature, because hacking is becoming less relevant. 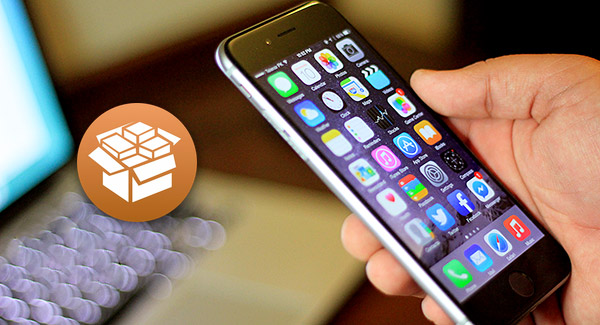 If before you there was a question about whether the necessary jailbreak your iPhone or iPad, take a few moments to read this article. I warn you: nobody is going to convince you of anything. This article is just a subjective attempt of the author with the utmost objectivity to identify all the advantages and disadvantages of jailbreak.

Software utility Pangu9, despite its safety, is still extremely flawed. Hang, discontinuous processes, departures – all this will accompany the newly dealbreaker. However, there is good news: the developers almost daily release updates correcting different types of errors. In addition, a special system of algorithms does not allow your iPhone or iPad to turn into an expensive “brick” in the case of software failure.

Pangu9 works exclusively with the Windows operating system. Unfortunately, Mac owners still have nothing. Of course, you can be smart by installing OS X on a virtual machine, and use it to jailbreak. It promises a number of problems when you run the utility. But if you fancies yourself an advanced user, not in any way seek to dissuade you – act. You may even be satisfied.

So we gradually came to describe a very time-consuming process of jailbreak. If you know what JailbreakMe, you probably remember how easy it was to hack the iOS device, open in browser website. It was enough to wait until “installation”. In 2015 all the more complicated. First, you must download to your computer a set of special tools. Secondly, to manipulate with the iPhone, and then you will have an opportunity to start hacking. Any mistake can erase data from your smartphone, but, recall the “brick” you still do not get it.

READ  Tomorrow Apple will write off the money at Apple Music. How to cancel automatic subscription renewal

In addition, most of the tweaks that are stored in repositories that still have not been updated to work with iOS 9 or specifically to your device model. You may be unpleasantly surprised that those extensions for which you have done the jailbreak, still waiting in the wings. Before you install a particular tweak, check its compatibility with iOS 9.

Have you ever wondered, what exactly do you want jailbreak? Perhaps someone prefers to work with an open file system. Others want to get on older devices a new set of opportunities, available only to owners of iPhone 6s. But it is unlikely many are thinking about such consequences such as loss of interest or decline in battery life that iOS 9 is already not Shine.

In addition, the jailbreak is unsafe from the point of view of security of personal data. No one can be absolutely sure of the quality of this or that tweak. Theoretically the extension make the device vulnerable to various attacks. Although there are cases when informal applications became real functions in iOS. Yes, and adding functionality for new devices is always interesting. Why buy a new smartphone, spending his hard earned money, if impromptu Touch 3D it is possible to obtain just the installation of the addon?

To do a jailbreak – only you can decide. Simple answer to this question can not be – everyone has their own thoughts on this. But if you are confident in your abilities, why not?

Rumors about the successor to the iPhone SE have been circulating almost since the announcement of the original model in March 2016. Fans of the brand were tired of waiting for the release of a new affordable Apple smartphone, and at some point they even thought that Apple had changed its mind about releasing it. […]

The popularity of Apple Watch in Russia is hampered by the high cost of the wearable computer by Apple. Such a conclusion can be drawn from the final report on action “Cyberpowerinc”, published by “Connected”. “May “Cyberpowerinc” shifted the action to the status of a regular — she came into the permanent Arsenal of tools […]