In iOS software release 9.3 new features of remote device management Mobile Device Management. In particular, administrators can be removed from the screens of the iPhone and iPad standard apps and even block placement programs. 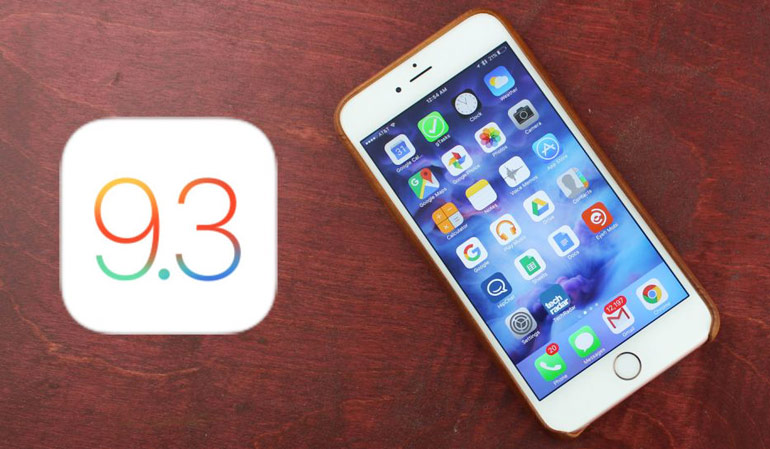 As found by developer Steven Trenton-Smith, Apple worked with multiple vendors and corporate clients on improving the system for remote configuration of iOS. In particular, the iOS update 9.3 will be able to offer more extensive customization options of the devices as part of an MDM policy.

According to Trenton-Smith, iOS in updated mechanisim 9.3 implemented MDM, which enables to restrict the launch of certain applications on the device (white list), override the configure push notifications for any apps even fix the placement of the app icons on the home screens of the iPhone and iPad. Administrators can display any messages to the start screen and the lock screen, change the default application, to disable the iTunes Radio function and save the passwords in Safari.

Mobile Device Management (MDM) enables IT managers in companies, and administrators in educational institutions to control the use of iPhone and iPad to have remote access to applications, documents and keep track of all the changes in the user accounts. The system also suggests the possibility of mass updates of device and installation of books and apps from App Store, and iBooks Store.

In addition to updated policies MDM iOS update 9.3 will bring some changes in system apps. So, the Notes will be able to limit access to records by locking them with a password or Touch ID. In the system app “Health” will have sections with information about the user’s activity, and in the news aggregator of Apple News – video support and horizontal mode. In addition, 9.3 iOS will offer users the function of “Night shift” designed to improve sleep iPhone and iPad, Apple updated the CarPlay interface, the ability to connect to iPhone a few the Apple Watch and use multiplayer mode on the iPad. Read more about all the features of iOS 9.3 can be found here.

The final release of iOS 9.3 is expected before the end of this month.

On the market today presents a lot of variety of accessories for the Apple Watch. The range of offers of the online stores clearly demonstrates that around the news began to emerge a market: buyers of the gadget offer to purchase a charging stand, protective covers and protectors, interchangeable straps, portable battery. American startup Original […]

What to do if you want to get a “smart mirror”, and its not yet available in the store and even the Internet to order? What, what… do it yourself. How did Rafael Dymek. In “smart” mirrors appeared God knows how many years ago, and technically nothing prevents to begin production in scale, able to […]

Rendez-Vous has launched its app for iPhone

Nowadays, many online stores have purchased your own application: it’s more convenient. Don’t need to go to the browser, to search among hundreds of bookmarks need to cope with a cumbersome interface… Just plug in your smartphone and select the icon. For the convenience of clients own app and got a chain of stores Rendez-Vous. […]