Apple has released the first test build of iOS updates 9.2.1 for iPhone, iPod touch, and iPad. The release comes a week after the public release of iOS 9.2. 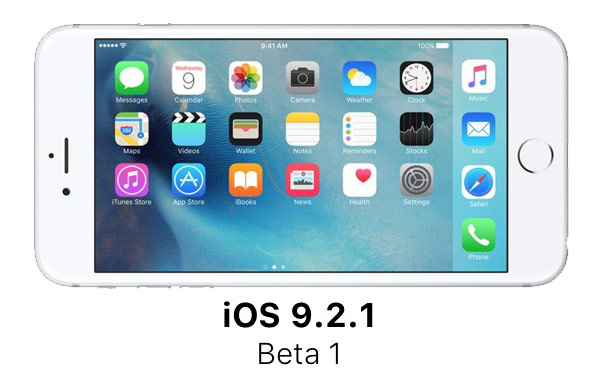 The number of the first iOS build 9.2.1 beta 1 – 13D11. Apple does not lead the list of changes, but judging by the room, this is a technical update aimed at fixing bugs. Previous update – iOS 9.2 – was the biggest in recent times. In particular, after installation users of Apple mobile devices improved functionality of the Apple Music service and app iBooks with support for 3D Touch, enhanced features of Safari, the Arabic language support for Siri, Mail Drop feature in the “Mail” to send large attachments and others.

In addition, iOS 9.2 has fixed a lot of bugs fixed and security vulnerabilities. Users noticed that the operating system is faster than iOS 9.1. Judging by the fact that Apple decided to release another cumulative update in the previous build still errors crept in.

The first in 16 years album rapper and Apple employee Dr. Dre listened to 25 million times in its first week of release in Apple Music. The number of sales records “Compton” on iTunes amounted to 500,000 copies. Impressive sales figures however did not allow the album to hit the music charts in the USA. […]

The U.S. justice Department was asked to reconsider the lawsuit of Apple and Samsung’s patent on Slide to Unlock

The U.S. Department of justice appealed to the Supreme court to cancel the decision on the patent dispute Apple and Samsung and send the case back for retrial to the court of first instance. It is reported RIA. We are talking about a major patent dispute, which began in 2011. In February 2016, the U.S. […]