Wednesday in addition to the new operating system OS X El Capitan got the update of iOS 9.0.2. This technical correction was intended to debug the activation of iMessage, to solve the problems with stop backup to iCloud after running in manual mode, to fix a bug with changing screen orientation when you receive notifications. User YouTube-channel iAppleBytes, regularly testing the software upgrades Apple have compared the performance of the new iOS iOS 9.0.2 and 9.0.1. 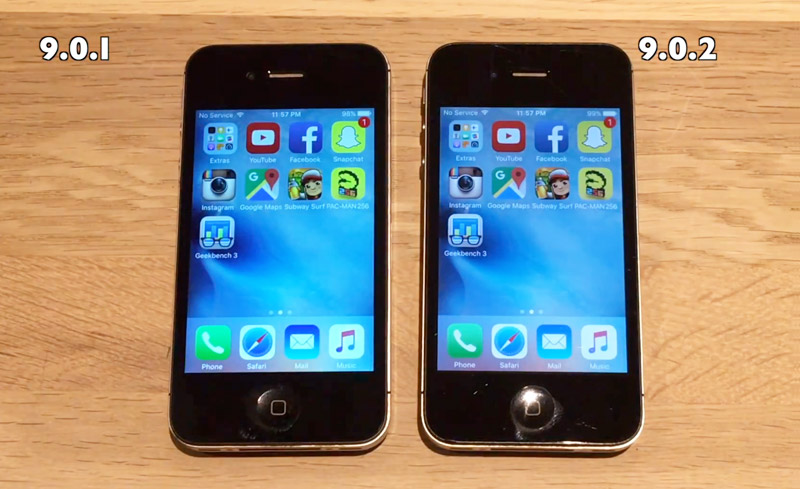 “Although it is not as noticeable as in the case of iOS 8.4.1, it is still obvious that the overall performance was higher. App Store and other apps in iOS 9.0.2 open faster, said the tests blogger. – It seems that Apple solves the problems with lag that annoy users since the release of iOS 9.0”.

Video demonstrates the speed advantage of iOS 9.0.2. In many cases, the iPhone with the new OS opens programs faster than on iOS 9.0.1. Despite the fact that the ninth generation OS was created with the expectation of more recent modifications of smartphones, “Oldies” work with “the nine” no worse than top models.

YouTube has solved the problem of vertical videos on iPhone

Google has released a new version of the YouTube app for the iOS platform, which added the function of auto rotate of vertical videos. This company ignored playback support vertical video in a long time, conceded defeat in the unsuccessful attempts to teach users to properly remove. New feature automatically flips the video, and stretches […]

Video of the day: Apple revealed a teaser for “spaceship” headquarters Apple Park

Apple APR will open a new headquarters Apple Park, the construction of which was conducted over the Read also:   Milonov saw a threat to national security in a gay emoticons for iPhone