Last June 13 the presentation of Apple talked about the new operating system iOS 10, which will be appreciated by owners of iPhone and iPad, lack free space on their gadgets. As it turned out, after installed on a device OS takes up less space than the previous edition of iOS. This feature of iOS 10 are particularly relevant for owners of devices with small internal memory. For example, if a 128-Gigabyte iPhone after installation of iOS 9 were free of 113 GB of memory, then iOS 10 leaves the user a whopping 122 GB. On smartphones with 16 GB after installing iOS 9 remained at 11.9 GB, whereas iOS 10 provides 12,85 GB of memory. On average, depending on device growth is 8%.

On the efficiency of iOS 10 drew the attention of many users, the first beta version of the operating system. Apple officially, this is not misleading. 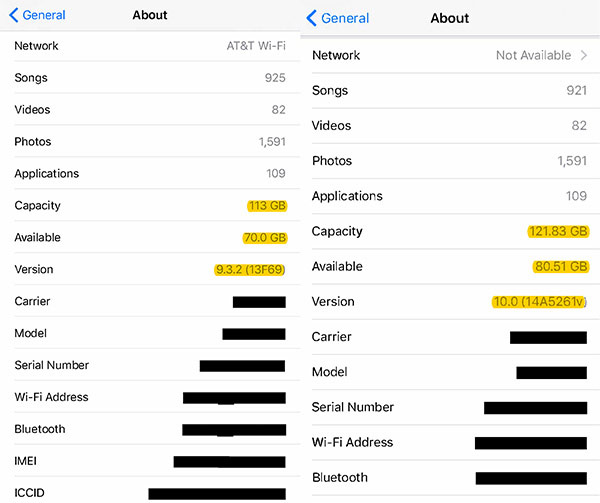 iOS 10, according to Apple, represents “the major release of the world’s most advanced mobile operating system”. The new OS has an updated Messages app, which adds features such as stickers and effects that appear on the screen. It improved interaction with Siri, as Apple Music, Maps, Photos, news received a new look. In addition, added the app to control smart appliances.

Preview iOS 10 for developers is already available for participants of the program. The public beta will appear in July, and the final version of iOS 10 debuts in the fall. OS will be offered as free upgrade for iPhone 5 and newer, all models of iPad Air and iPad Pro, iPad fourth generation, iPad mini 2 and later and iPod touch 6G.

Jay Freeman, the Creator of the shop of the jailbreak apps Cydia, updated Cydia Eraser tool. The development, formerly known as Cydia Impactor and allows you to “reset” the mobile device to the initial state with the preservation of the jailbreak, got compatibility with iOS 9.3.3. Purpose Cydia Eraser is quite obvious. We know that […]

Amid slowing smartphone market Apple is looking to keep the same level of income, purchasing parts for the iPhone on more favorable terms. A new approach of the California giant has already managed to feel the companies like Foxconn, Pegatron and Largan Precision. According to industry representatives, the Taiwanese PCB manufacturers lower their prices, vying […]

Apple may return the magnetic MagSafe connector on the MacBook

In the autumn the presentation last year, Apple announced a new MacBook Pro, which unfortunately most fans of the computer equipment of the company are deprived of the proprietary MagSafe connector. However, this convenient magnetic connector was not forgotten. Bureau of patents and trademarks U.S. published patent Apple accessory that is a kind of practical […]